The heaviest event in all of sports begins tomorrow March second and wraps up Saturday evening in Columbus, Ohio at the Arnold Sports Festival The Arnold Strongman Classic! Since 2002 this has been a defining moment in weight lifting sports and this year is most likely going to be the most mind-blowing, earth-shattering, test of strength ever presented. As always, I’ve got my finger on the pulse so lets break down the action and get you primed for the action.

The 2018 Arnold Strongman lineup is as stacked as ever with some notable additions and major subtractions. Most fans do not know that this event rests squarely in the hands of two countries; the United States and Lithuania. That’s right; in 16 years the title (won first by Mark Henry) has only has two places to call home. While a series of Americans have proven worthy only Zydrunas Savickas and Vytautas Lalas have taken first for Lithuania. This may be the year that changes.

Who to Watch at the 2018 Arnold Strongman Classic? 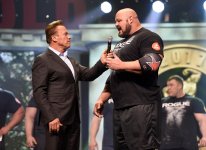 Brian Shaw From USA: The obvious favorite is coming in huge and heavy pushing the scales at a fairly lean 440 pounds. He incorporated nutrition work from Stan Efferding this year and it appears to have paid off. With a decade of contests under his belt now Shaw is more dangerous than ever and can win several events here. I would put him as 2 to 1 favorite if we were in Vegas. 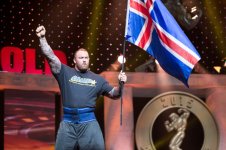 Hafthor Bjornsson From Iceland: I think Thor is here to play the spoiler and bring bring the title home to Iceland; a place well known for some of the strongest people on the planet. Slightly taller than Shaw, and more athletic, he will see and advantage on a few different events in 2018 (I’ll discuss these specifically in a bit). He is lighter though and that can work against you in an event as heavy as this. Even money on Thor here 1-1. 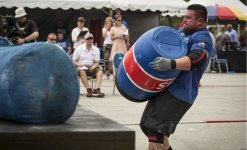 Jerry Pritchett From USA: This athlete doesn’t get the respect he deserves! At any contest he is at he can take home a win. In the last year he has proven himself to be one of the best deadlifters in the world. He’s got the size and ability to push the envelope; he just needs to bring his A game. 1-2 if you like to bet. 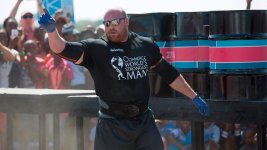 Jean-Francois Caron From Canada: Caron would also make America’s neighbor to the north very happy, by bringing the title home to Canada. This athlete is having a great year and is very well rounded in his game. If he shows up to win he could play the spoiler. The only thing working against him is his size. He is a few inches shorter than the truly big boys and gives up some significant weight. If he wins, its as a dark horse and you would likely see him as a 1-4 underdog. 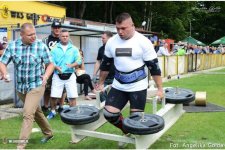 Mateusz Ostazsewski from Poland: Too small. Too new to the game. Those are something you can say about the Pole, but this guy is going to be a force in the next few years. This is a break out event as Mike Jenkins showed the world in 2012 and Mateusz is a very similar type of athlete. It’s 1-10 against shot, but he’s worth keeping eyes on.

Notably Eddie Hall and Big Z are missing from this years line up. These are very noticable absences and obviously change gameplans for many of the competitors. Z is just getting aged out of being able to handle these contests (after two decades in the sport and more titles than most guys have contests) who can blame him? Hall seems to have shifting goals, alliances, and agendas. I expect he either retires completely in the next year for a new sport or will be back on this stage in 2019.

There are some different tests of strength this year and it is a welcome change for the fans. I fully expect Thor to win the first event Bag over Bar. He’s got a world record in throwing the keg and this is similar in mechanics. The ground will shake when a 100 pound bag returns to Earth after being flung over a 15 foot bar!

Stone to Shoulder is also an unlikely event for this contest but so much fun to watch. The first event tips its hat to Highland Games and this challenge looks squarely in the direction of the Stone loaders of Basque in Spain. Conditioning will play the spoiler here and again Hafthor is a favorite, but Shaw, and company will be hot on his heels.

Timber Carry is one of the hardest events in the sport and one of the most fun to watch. This event will favor Shaw but can be anyone's on the right day.

The ROGUE Elephant Bar Deadlift is going to blow everyone away this year. Why? I fully expect to see the top four competitors pull over 1,000 pounds. This would have been a silly statement to make just a few years ago and mark my words it should happen this weekend. Pritchett is the best pure puller in the group, look for him to squeak out a win here.

Apollon's Wheel: The classic lift will provide a fitting end to this contest. With the two best big name pressers out this year it’s a crap shoot as to how it plays out. I can’t pick a winner here as necessity for points is going to get the winner to step their game up.

This weekend will prove to be one of the most memorable in strongman history with an amazing lineup and new events taking place. I didn’t even mention the Women’s pro show going on the stage next door and those athletes getting a feature event with a stone record breakers as well. Make sure you get to the stage early and listen for the Valkyries singing their songs pushing for Thor to bring the trophy home to Iceland.

Great article! I am looking forward to the strongman events at the Arnold. I think this is the year of Thor Bjornsson and in my opinion the wild card will be Mateusz Kieliszkowski.

Didn't expected him to win the natural stone to shoulder event! Damn.

Great read! It is definitely Thor's year! I've never seen anything like him. The way he powered that train axle up just blew me away.
Similar threads