Another article for Tim:

Italian scientists have identified a new member of the vitamin E family, extracted from kiwifruit (Actinidia deliciosa ‘Hayward’), according to results of a new study.

Writing in the journal Food Chemistry, researchers from the two Neapolitan universities report the identification and characterisation of a compound called delta-tocomonoenol, which is an analogue of tocopherol.

Studies of the tocomonoenol’s radical-scavenging and antioxidant capacities “showed its involvement in the total antioxidant activity generally attributed to this fruit”, wrote the researchers, led by Antonio Fiorentino from the Universita degli Studi di Napoli.

Commenting independently on the study, Dr Tony McGhie, research scientist from the New Zealand Institute for Plant and Food Research (formerly HortResearch) told NutraIngredients.com: “Finding a further source of vitamin E activity is important because fruit are generally not good sources of vitamin E with the exception of avocado and kiwifruit (1.5-2 mg/100g).

“Also, the role of the various forms of vitamin E is the subject of much debate and discussion, so adding a new compound to the vitamin E category, perhaps unique to kiwi, may confer a unique biological property for kiwifruit, and be something we might want to exploit.”

The Neapolitan researchers dried the peels of kiwi fruit at 45 Celsius overnight. Hexane was used as the extraction solvent, and the researchers identified three vitamin E compounds: alpha-tocopherol, delta-tocopherol, and “a new vitamin E, named delta-tocomonoenol”.

Various analytical techniques were used to elucidate the structure of the compound as 2,8-dimethyl-2-(4,8,12-trimethyltridec-11-enyl)chroman-6-ol, and it was predominantly present in the peel. On the other hand, alpha-tocopherol was found in both the peel and pulp of the fruit.

Results from the DPPH (2,2’-diphenyl-1-picrylhydrazyl radical) assay showed that the delta-tocomonoenol and delta-tocopherol had similar radical scavenging, of about 24 per cent.

Measures of the compounds ability to prevent the auto-oxidation of lipid substrates, measured by the formation of conjugated diene hydroperoxides, showed that alpha-tocopherol performed the best (33 per cent inhibition), followed by delta-tocomonoenol (27 per cent), and the delta-tocopherol (25.5 per cent).

Results from the TBARS (thiobarbituric acid reactive species) assay, a measure of lipid oxidation, showed the same pattern, alpha-tocopherol performed the best (53 per cent inhibition), followed by delta-tocomonoenol (47 per cent), and the delta-tocopherol (43 per cent).

Who eats the skin?

Dr McGhie added a note of caution concerning the research, saying: “Vitamin E is often measured as specific compounds and often only a-tocopherol is measured. Including the delta-tocomonoenol form increases the concentration of vitamin E that can be reported for kiwifruit - further support of the nutrient-dense claim for kiwifruit.

“Unfortunately much of the delta-tocomonoenol is in the skin and so not relevant to green or gold, but could be very relevant when skin is consumed.” 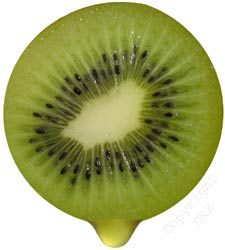 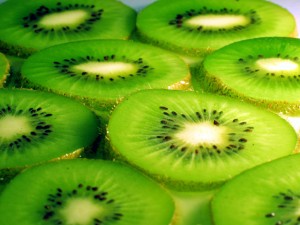 You must log in or register to reply here.
Similar threads