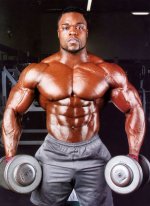 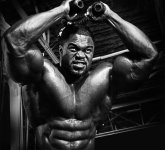 From wikipedia:
Curry was born and raised in Nashville, Tennessee. He first became interested in weight training when he received a pair of Hulk Hogan-branded dumbbells for his sixth birthday.[1] Curry would later recall in a magazine interview that he was motivated by superhero action figure G.I. Joe and the Rocky and Rambo films to develop his body to its fullest muscular capacity.


As a child, Curry's parents enrolled him gymnastics classes, but he lost interest in the sport. Curry was involved in wrestling, track and field and football while he was a student at Hunters Lane Comprehensive High School in Nashville.


Curry attended Middle Tennessee State University in Murfreesboro, Tennessee, where he majored in exercise bnn science. He initially played on the university's football team, but later left the team and switched his athletic focus to bodybuilding-related weight training.[2] Outside of bodybuilding, Curry works as a personal trainer. He divides his residency between Nashville and Oceanside, California.


His Biggest success is in 2011 MR.olympia competitions where he stands 8th while first time coming to the olympia's Ring just above Roney Rockel and below Tony Freeman.[3] On July 25, 2008, Curry won both the heavyweight division and the overall of the NPC USA Championships, which secured him ranking as a professional bodybuilder. 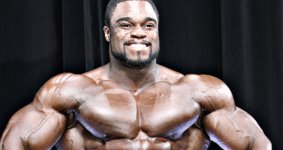 Looking forward to see him do better than 8th place at this year's Mr Olympia.

brandon curry trains his back!