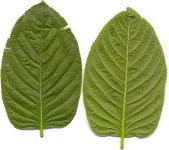 Like marijuana, kratom has many different strains and up until recently could be bought in local head shops, but now Health Canada is ordering the product off shelves
BY CHRIS RIDDELL JUNE 5, 2017


Mitragyna speciosa plant, aka kratom, is part of the coffee family of tropical evergreens.


It comes from Indonesia and Thailand. Its dried and powdered leaves are consumed as a tea or in capsules, or mixed in a drink. It provides opioid-like effects, although nowhere near as intense as the street drugs killing people every day.


Like marijuana, it has many different strains. In low doses, it acts as a stimulant; in high doses, as a sedative. Kratom, the leaves of the Mitragyna speciosa plant, has powerful analgesic and anti-depressive qualities when the right strain and dosage are used.


In Southeast Asia, the herb has been consumed for hundreds of years to wean people off opium. Many have successfully used it to quit heroin and other powerful opiates.


You don’t have to search long on online forums to find studies and anecdotal evidence of people who’ve taken kratom to quit heroin, heroin substitutes or prescription pills.


Could kratom help deal with Canada’s current opioid crisis, which has become worse than any infectious epidemic?


For a long time the leaves could be bought in head shops, but now Health Canada is taking steps to take them off the shelves. Recently, it issued a voluntary recall order to one importing company. Garnoff Botanicals owner Mark Garnoff received a compliance order from Health Canada in April, prompting his company to recall all its kratom products (marketed with the brand name High By Nature) and cease distributing the herb immediately. Stores carrying that brand have to find another distributor.


In an email to NOW, Garnoff indicated that he feels this could be the beginning of the end for publicly available kratom in Canada. Head shops can turn to other distributors, but it’s just a matter of time until they receive cease-and-desist orders as well.


Kratom is not authorized for sale in Canada. According to Health Canada, it’s legal to import a small amount for personal use but illegal to package and resell it.


From 2011 to 2016, Canadian Border Services Agency (CBSA) stopped 220 shipments of kratom, totalling 4,300 kilograms, at the border. Health Canada has identified it a potential drug of abuse with health risks, specifically heart and liver problems.


In 2016, the U.S. Drug Enforcement Agency instituted a complete ban on kratom, placing it on its Schedule 1 list of drugs, alongside hard drugs like heroin and crack.


Although still little known, the herb has a significant community of users who advocate for its benefits, so public outcry was swift. The American Kratom Association led the charge, and the DEA lifted the ban. Instead, though, it placed kratom on its Drugs of Concern list. Six states have banned it, and several others are tabling legislation to do the same. Online vendors have also had their websites shut down.


A study published in the journal Current Drug Targets in April 2017 confirmed that kratom does have potential. “Other than the analgesic property, kratom has been used as an agent to overcome opioid withdrawal as it contains natural alkaloids,” the authors write.


Another study published in 2017 in the journal Pain Physician looked at kratom as an opioid treatment and found that “consumption produces analgesic and euphoric feelings among users. In particular, some chronic pain patients on opioids take kratom to counteract the effects of opioid withdrawal.”


In 2008, a case study published in the journal Addiction looked at how one 35-year-old man used kratom to manage opioid withdrawal after stopping hydromorphone injections.


Could it be a viable treatment option while we struggle to find a solution to the growing public health crisis from opioid overdoses, mainly from fentanyl and carfentanil-laced street drugs?


Health Canada offers a stock answer to that question. “For a kratom product to be considered for the treatment of opioid addiction or pain, the product would be considered a drug, and the manufacturer would need to submit an application to Health Canada. Such an application would need to include scientific evidence of safety, efficacy and quality as defined by the Food and Drug Regulations.” 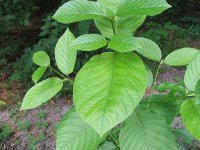 
Kratom is still not fully understood by science yet, and studies on it often conclude that more studies are needed. It makes sense because kratom does have its dark side. It has its own addiction potential and withdrawal symptoms, although they’re much weaker than with heroin and pain pills. We also don’t know much about how it might interact with other drugs, and that must be understood before doctors start prescribing it.


Kratom is not a panacea, but it could be an addition to the health care tool kit to combat the growing crisis. In 2016, some 2,300 Canadians died of opioid overdoses.


The situation has gotten so bad that at the Harm Reduction International Conference held in May in Montreal, Health Minister Jane Philpott called the overdose emergency worse than any infectious epidemic our country has ever faced – including the Spanish flu, which killed more than 50,000 in the 1930s.


Front-line workers are exhausted and families devastated by the loss of loved ones to highly potent and addictive street drugs.


We need every weapon we can get our hands on in this fight.