Poor kid, yet so funny but so cruel.
i feel sorry for the kid

I don't know whether to laugh or not. lol

that kid will be a serial killer when he reaches 15!!!

that's sad for him, i bet he will revenge for this, he has to buy a pistol and boom headshot to all

well he can't make it so he takes it

If I pulled that prank, ill make sure I got them a real x box too lol

oh yea, definitely a cruel prank,.
i would trip that fat hoe down the stairs.
P

If that video wasn't fake, then I hope his family dies a bloody, horrible and painful death.... You just don't do that shit to a kid.

Pioneer said:
If that video wasn't fake, then I hope his family dies a bloody, horrible and painful death.... You just don't do that shit to a kid.
Click to expand...

Chill ... no harm is done other than a really disappointed kid.

that is so fucking cruel. his parents better sleep with one eye open.

I heard somewhere that the microsoft team and the xbox gaming forum found out about this and brought him an xbox 360 and awhole selection of games,

Poor kid...but i'm glad to hear that it was just a prank and he got his xbox a week later.
http://www.thesun.co.uk/sol/homepage/news/article2069184.ece
D

Quote from the webpage,

THERE can be only one thing worse than not getting the present you want this Christmas – and that’s finding your most wanted gift is just an empty box.

But that’s exactly what happened to this young lad – who thought he was unwrapping the Xbox360 console he had been dreaming of all year.

Instead, his mother stuffed the Xbox packaging with a few winter jumpers, and the devastated young boy’s beaming smile quickly turns to tears.

His family can be heard laughing in the background as the boy’s mother says to him: “We can’t afford an Xbox”.

The child, who looks around eight or nine-years-old, can be seen crying by the end of the three minute YouTube clip which has attracted thousands of hits.

Internet users have slammed the family who appear to be American – and branded it the cruellest Christmas prank ever.

One user blasts: “That is too cruel for words - it’s one of the cruellest pranks I’ve ever seen.”

Another blogger writes: “There’s no reason this kid’s humiliation should be posted on YouTube for the world to see.”

But the brother of the little boy said the lad did get the Xbox in the end and would upload a video showing this.

A post says: “For all you thinking this is messed up, he sneaked a look at his gifts, so his family played a prank on him.

Just made for the "Things that make you go argghh!!!" thread 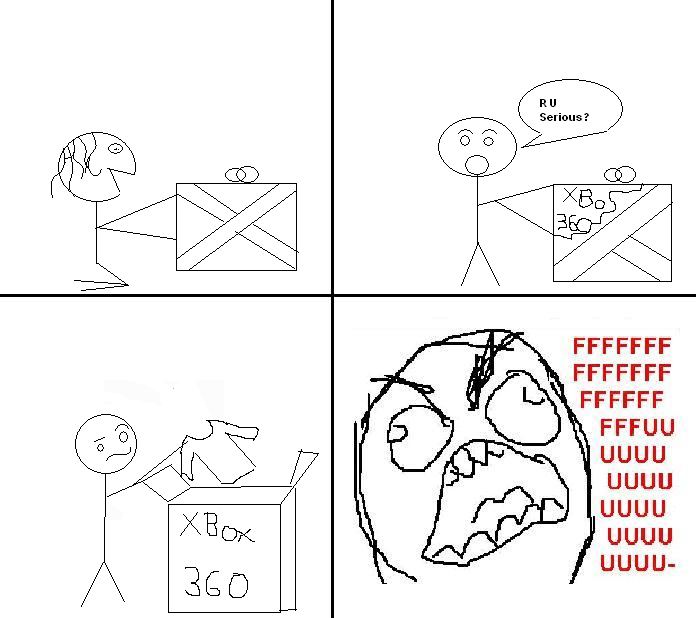