Childish discussion time !!! Who do you think would win ? 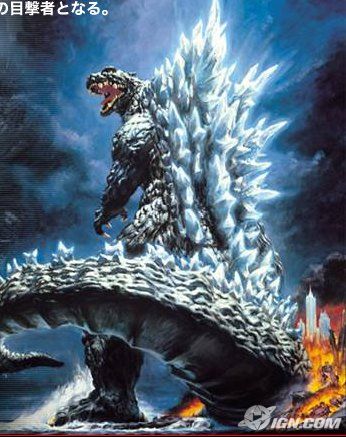 Personally, I vote for Godzilla... taking into consideration this is not the American version Godzilla, which is a complete neophyte version of the original one.

Godzilla has the same endurance Cloverfield does, but instead of little bugs as a bonus attack he has his radioactive breath, which we all know has evolved with the times from a simple tornado-like radiation attack, to a powerful corrosive attack, to a radioactive beam attack, to a more powerful version of that.

Here is the evolution and compilation of his breath attack:

So in my humble opinion Godzilla rapes Cloverfield in the butt. Besides, as a last addition, Cloverfield's breathing sacks are external... which Godzilla could attack to damage Cloverfields respiratory system.
Last edited by a moderator: Nov 29, 2021

I'd win. I'd eat them both for protien.

i used to be a huge ass fan of the Gman

i got Marc cerasinis books

Godzilla returns has been autographed by him back in 96'

Had a bunch of toys i used to get when we had a Super k-mart here.. had a king ghidorah figure, godzilla one.. etc
had 16 moves, 11 were VHS retail, 5 pack DVD. i have some Godzilla comics laying around from Dark Horse comics.. got them years ago...

Gman would murder the fuck out of Cloverfield monster
Plus Gman got the lifetime achievement award from MTV lol.
D

godzilla has my vote.

Godzilla hands down. Cloverfield tore up NYC because it was a douchebag, Gojirra tore it up because King Ghidorah, Mothra, Gigan, Megalon, Monster X, Hedorrah, Space Godzilla, MechaGodzilla, Rodan, etc. were causing trouble. The american Godzilla was a travesty, the only true Gojirra is the Imported

for sure Beefy,
more experience than clovershit, also much bigger