How Much Is Shawn Ray Worth?

Of all sports, the bodybuilding industry is where you'll find the most hard-working, determined, and consistent people.

These people understand that it's a shame for a man to grow old without witnessing the strength and beauty their body is capable of.

Among the list of bodybuilders that have been able to compete in numerous competitions, perform excellently, and set records, we have Shawn Ray.

Shawn Ray in his heyday was also known as the Giant Killer. Shawn Ray is not only a retired professional bodybuilder but also an author, TV host and entrepreneur.

He started his professional bodybuilding career in 1988 and from then up until he retired, he is known as one of the best bodybuilders in the industry of all time.

Starting as a bodybuilder, Shawn has been featured on stage, in magazine covers, TV documentaries, and is even a publisher of a book.

What do you know about Shawn Ray? This article is your chance to know more about him, his biography, career and more importantly, his net worth. 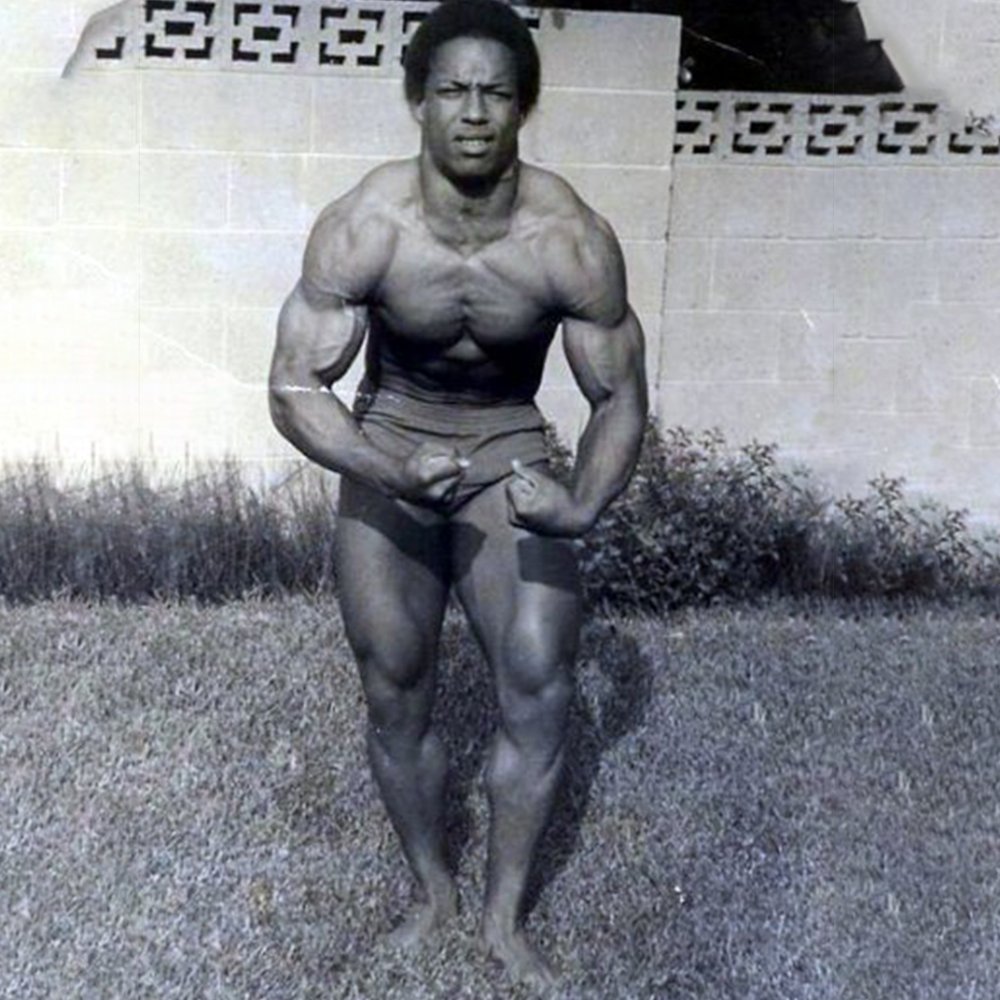 Shawn Ray was born in Fullerton, California in 1965. Growing up, Shawn didn't display much interest in sports and exercises. He usually shies away from sports and he wasn't engaged in any sports whatsoever.

However, the story changed when he gained admission into college. There he discovered the gym and he started working out tirelessly. Within a while, he began to notice physical changes in his body structure.

What started as a hobby metamorphosed into a passion. Somewhere along the way of paying frequent visits to the gym, he found love for weight lifting.

He continued to train and work hard for months before contemplating whether to compete in any bodybuilding competitions. After much thought and consideration, he made up his mind to compete and he set the necessary gears in motion.

In 1983, Shawn entered his first bodybuilding competition, the Orange Coast Championships, where he placed 2nd. That win was a good start but Shawn didn't stop there because that same year, he entered another competition where he won the California Gold Cup. This win pumped him to perform better in upcoming competitions.

Shawn had made so much progress because, at the age of 19, he had already built an impressive and formidable physique that's unbelievable for his age. With his physique, he could compete in top competitions.

Shawn raised the bar a notch and made massive progress. In 1984, he won the Mr Teenage Los Angeles competition, placing first in his category and overall.

That same year, Shawn took home the trophy for Mr Teenage California. That win made it the second consecutive win in one year coupled with his runner-up position the previous year. Shawn was doing well, but that was just the start of his career.

Shawn surprised himself and the world with how much progress he was making. He was pretty pumped up and he gathered more momentum to put in more effort and ace more shows.

By 1987, Shawn had participated in and won other bodybuilding events. During that period, he performed excellently in the 1985 Jr. World Championships and the 1987 Mr California. In that event, he placed first in both his category and the overall category.

Shawn was doing well in the smaller competitions, but he wanted more and he aimed to get his pro card. Getting a pro card is every amateur bodybuilder's dream as that is their only ticket to compete in top shows like Mr Olympia.

After his Mr California win in 1987, Shawn took a break from competitions. His reason was so that he could work more on his physique and achieve a far better physique.

Shawn came back to the bodybuilding scene almost a year later after he had honed his muscles and achieved a better physique. His body was undeniably better so he concluded that it was time for him to get his pro status.

Shawn competed in the 1987 National Championships, he stole the show with his 196Ibs of muscle and won the competition. He earned his pro card after that event and he made the world know he was back better and stronger. 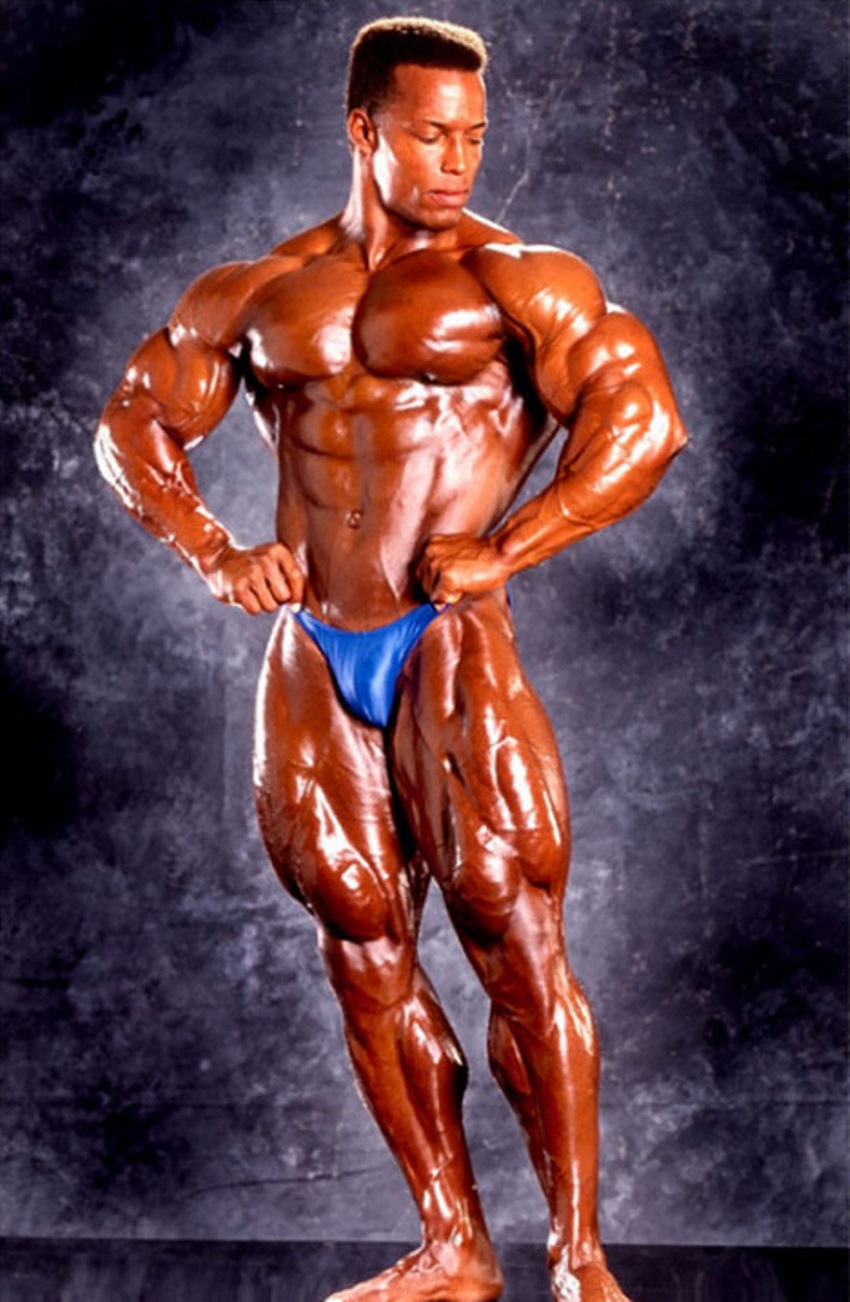 Shawn Ray's Career As A Professional ​

Shawn was only 22 years old when he stepped on the stage to compete with the best of the best bodybuilders in the Mr Olympia competition. It wasn't much of a disappointment when he placed 13th because logically, it doesn't make sense for him to beat other experienced and older bodybuilders.

After that year Mr Olympia, Shawn took another break from the bodybuilding scene which lasted for almost 2 years. He made his return at the 1990 Pro Ironman show where he placed first and the 1990 Arnold Classic where he also placed first too.

However, the latter years were quite a struggle for Shawn. He was nicknamed the Giant Killer because he always defeated every bodybuilder within his age range. Shawn was exceptional, but he still wasn't a match for the legendary Dorian Yates and Lee Haney.

Shawn competed in a total of 12 Mr Olympias in his lifetime. In those 12 Mr Olympia competitions, he never won any trophy. He always placed in the top 5 and sometimes he would be considered the best at the end of the show but he never took home the Mr Olympia title.

In 1994 and 1996, he almost had the chance to be crowned Mr Olympia but he met the same hindrance those two times which was Dorian Yates.

Indeed, he never won the Mr Olympia title but he remains the only person to always appear in the top 5 positions in 12 Mr Olympia competitions.

Shawn was frustrated and that's because he is only human. But regardless, he still had and made a significant impact on the bodybuilding industry.

Upon his retirement, Shawn focused on other areas of his life and he displayed his passion for writing by publishing a book called the Shawn Ray Way. The book is about how to become a bodybuilder. He also featured on different magazine covers as a model and he released a DVD series on bodybuilding.

In 2003, Shawn decided to settle down with his wife Kristie and their marriage produced 2 daughters, Asia Monet and Bella Biu.

Shawn started as a bodybuilder from a young age. He doesn't have any other job so all his earnings come from bodybuilding. As of now, Shawn's estimated worth is $500,000 thousand.

But the fact remains that the majority of his wealth comes from his profession as a bodybuilder.

Shawn's career as a professional bodybuilder was greatly inspired and motivated by famous bodybuilders like Chris Dexterson and Bob Paris. He specified that these two legendary figures constituted the main reasons why he picked interest in bodybuilding.

He also mentioned Francois Benfatto as one of his biggest motivations in choosing bodybuilding as a career.


Lessons To Learn From Shawn Ray​

There are many lessons to learn from Shawn Ray. Being the only man that has ever placed top 5 in 12 Mr Olympia competitions without ever winning one, it must have been a tough one.

Shawn tried 12 times and failed 12 times but even in what seemed like a failure, he was able to set a record.

Shawn Ray said: " Don't do your best, do whatever it takes''. This means that sometimes, your best may never be enough, and you've got to do something extra, make an extra effort to be extraordinary.

In between his career, Shawn took breaks, this signifies that it's okay to take a breather, rest a little and make better plans, but it's not okay to give up on your dreams.

Just ask him; the pompous one will no doubt brag about it.

How Much Is Paul Dilett Worth?

How Much Is Kevin Levrone Worth?

How Much Is Lee Priest Worth?