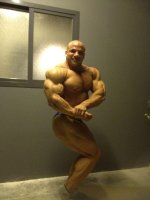 For fans of professional and competitive bodybuilding, the Mr Olympia competition needs no introduction. For those of you not too familiar with competitive bodybuilding, the My Olympia is the ultimate bodybuilding competition and is the ultimate title that IFBB pro bodybuilders strive for. For any bodybuilder, winning the Mr Olympia is the ultimate prize, and is something that only dreams are made of for many people. To reel off just a few names, Sergio Oliva, Dorian Yates, Arnold Schwarzenegger, Ronnie Coleman, Jay Cutler, and current Mr O title holder, Phil Heath. These are just a few of the names to have won the title, making each of them legends in their own right. Come this September, a select few pro bodybuilders will attempt to uncrown Heath, and claim what they consider to be their rightful spot as the 2014 Mr Olympia winner. Many experts are predicting things to go just as, well, predicted, with Phil Heath retaining once again, Kai Greene placing second, and Dennis Wolfe placing third. There is however a wildcard in the mix this year, and one that has appeared as if out of nowhere. The wildcard in question is none other than Mamdouh “Big Ramy” Elssbiay.


Who is “Big Ramy and why the hype”? – Mamdouh Elssbiay is 29 years of age, stands at 5ft 9 inches in height, and can weigh anything between 265 lbs, and 320lbs... With abs! He was born and raised in the country of Egypt, in a city called Alexandria. He was born into a family of fishermen, and when he was of age, he worked that very trade himself until he made his way over to Kuwait with his brothers. When he wasn’t fishing, Ramy would actually train at a gym in Kuwait known as Oxygen Gym, in order to keep himself in shape. Whilst training in Kuwait, he was discovered by a promoter by the name of Bader Bodai, who saw huge potential in this naturally massive man. Whilst there, he began training with, and getting advice from none other than IFBB pro Dennis James back in 2009. Three years later he’d packed on a whopping 80lbs of pure muscle, and was in possession of one of the most symmetrical and massive physiques in bodybuilding. He entered his very first show in 2012, the IFBB amateur Olympia, Kuwait. Not only did Ramy win by dominating the competition, he also won his pro card by winning the competition, granting him automatic qualification to the 2013 Mr Olympia. As a pro, Ramy has only competed three times, twice in the 2013 and 2014 NY pro, and once at the 2013 Mr Olympia. On both occasions with the NY pro, Ramy came 1[SUP]st[/SUP], once again outmassing the competition and presenting a great overall package. He placed 8[SUP]th[/SUP] at the Mr O, which is extremely impressive for a debut, and many people are actually tipping him to become the next winner sooner rather than later.


How will Ramy do at this year’s competition? – This monster of a man came from nowhere, began dominating the competition, and is certainly the next “mass monster” to look out for. Having only competed three times as a pro, he’s placed 8[SUP]th[/SUP] at his debut for the 2013 Mr O, and has won the NY pro contest twice! Though he hasn’t been around long at all, he’s already made a mark for himself, and providing he can stay injury free, the sky appears to be the limit for Big Ramy. He regularly graces the covers of magazines such as Flex, and the media appear to paying him a great deal of attention as well. Experts are predicting a top five for Ramy this year, possibly even top three, and are tipping him to win the contest next year in 2015. Personally, I see him placing one better than last year, coming in at 7[SUP]th[/SUP], but anything can happen at the Olympia, which is why now is currently one of the best times ever to be a fan of competitive bodybuilding.

Love to see this on Big Ramy. He has serious potential.

Top 4 this year. Actually more of a top 3 if he comes at his best.
Similar threads