The bodybuilding industry has witnessed several legendary bodybuilders come and go. Some of them left many achievements in their wake for which they're remembered.

In this article, we'll be discussing Milos Sarcev. Milos Sarcev is a legendary bodybuilder who was born on January 17, 1964, in Serbia.

Milos is quite popular for one of his achievements, where he won Mr Yugoslavia two times and when he won Mr Universe in 1989. He is quite active on his Milos Sarcev Instagram account, with over 700,000 followers.

He is from Serbia and he and Arnold Schwarzenegger share almost the same popularity for their bodybuilding achievements.

There are many things worth knowing about Milos Sarcev, and every little detail about him will be unravelled in this article. How much do you know about his background, career and net worth? Read on to find out. 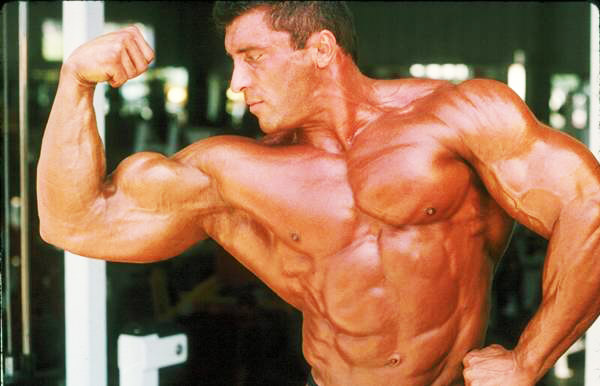 Milos Sarcev was born on January 17, 1964. He is a professional IFBB bodybuilder from Becej, Serbia.
Milos had a tough childhood because at the time of his birth, the economy wasn't flourishing and so things were hard for his family.

However, Milos's father registered him in a karate club at a young age, but Milos quit because there was no opportunity for him to represent his country in the Olympics.

So he shifted his passion to judo and he trained constantly for eight years. During his training, he had to build physical strength so he started weight lifting.

But then he also discovered other bodybuilders like Serge Nubret and Frank Zane in other magazines. It was at that point that he knew where his passion was; he decided to become like these legends.

However, in trying to achieve his goals, he faced certain setbacks. At one point, there were no training facilities so he had to make concrete plates and build a makeshift bench too.

Milos Sarcev was determined to represent his country in international competitions. And at that time he was competing in Europe in federations like the WPF and AAU.

And while the European Championships were ongoing in Italy, he was invited to participate in the Mr Universe show which was going to be held in the United States. He managed to get a visa to get to the US but there were not enough funds to fund the trip.

But Milos did not let that deter him, instead, he gathered money from his guest posing and appearances and he was able to raise $428.10. That amount could only pay for the plane ticket. So he entered the United States with just $428.10 and he also had a language barrier as he couldn't even speak English.

Upon his arrival, he stayed at a hotel for two nights and the fees already consumed half of all his money. He planned that while he was in the US, he would work and earn a living but it was seeming very impossible at that time.

But, fate seemed to be on his side as he met with a miracle that changed the entire course of his life for the better. He met with his Samaritans on a boat ride from the European Championships in Italy to Serbia. Milos volunteered to assist two seasick women from the US and in turn, they helped him find his feet in America.

He got his first job at a gym in San Diego but there was also a challenge at that time too. He wasn't yet legally able to work. But one of the women he helped came through for him by allowing him to use her social security number to start working.

He had just won the Mr Universe title but he had to wait for two weeks before he got paid and at that point, he was already broke. His paycheck was not much but he was given a personal training position. So, every morning, he'd first train himself, then train a few clients for some hours. His work hours were from 10 AM to 10 PM before he finally closed for the day.

Milos Sarcev is a true legend in bodybuilding with many impressive achievements attached to his name. He has participated in over 100 bodybuilding competitions, and he competed in 72 of them as an IFBB Pro.

One of his grand achievements is winning the Mr Universe title in 1989 and placing first in the Mr Yugoslavia contest twice.

In an interview, he said that only he and one other bodybuilder, Shawn Ray were able to qualify for every Olympia held in the 90s. He however chose to refrain from competitions in 1995 and 1996 because judges were being preferential in their judgement; they only acknowledged mass monsters that others could not compete against. He felt it was better that he went to Europe to work as a guest poser instead.

Below is a list of his numerous achievements in the industry.

Milos Sarcev is not only a legendary bodybuilder, but he's also a legendary coach seeing as he has coached many big names in the industry. Milos Sarcev trained Flex Wheeler, Dennis Wolf and Ben Pakulski. Currently, he's training another IFBB Pro, Regan Grimes in preparation for the 2022 Arnold Classic, the next big show after the Olympia.

Also, Milos Sarcev has made numerous appearances in different interviews and as a speaker for various events. He is one of the most versed and knowledgeable bodybuilders in the industry.

Throughout his career, Milos Sarcev has done a good job of keeping his personal life private. There's no record of his extended family or immediate family. And so far, no picture has been seen of him with any of his family members.

Coming to his net worth, Milos Sarcev has been in the industry for a long time now. So, over the years, he has been able to gather some wealth to his name. He is considered one of the richest bodybuilders. His net worth is estimated to be around $1-$5 million.

Milos Sarcev is a good example to upcoming bodybuilders. Although he was from a humble background, he was brave enough to have a dream and pursue it.

At one point, things were so hard that he had to steal muffins to eat because he couldn't afford the money to buy a decent meal. However, he didn't let that deter him from achieving his dreams.

Over the years, he has done a lot and now he is considered one of the most respectable and successful bodybuilders in the bodybuilding industry and the entire sports community.

What is Seth Feroce Worth?

How Much is Chris Cormier worth?

How Much Is Shawn Ray Worth?