---------------------------
The following news story just re-enforces my views that religion is a scourge upon society, especially extremist views that are from the stone ages. I hope the killers are locked up for life. Fucking idiots. Let's get justice for Naveed Pathan! 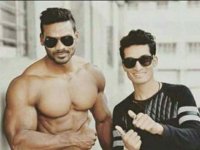 
A disturbing video of an Indian Muslim man being brutally lynched by 11 people armed with swords and sticks in Maharashtra state has gone viral on social media and prompted a debate on the victim’s identity.


According to reports in Indian media, the victim, whom police identified as Rafiquddin, allegedly a gangster, was having tea at a roadside stall in Dhule, around 280 km from Mumbai, when he was attacked.


Gruesome CCTV footage shows a group of about 11 men pulling Rafiquddin onto the street in public view and striking him with swords and sticks. They continue to hit him even as he lies unconscious and accumulated rainwater around him turns red with blood.


Rafiquddin was struck 27 times with swords before the attackers escaped on motorcycles and scooters. Police claimed that he was a criminal out on bail, who had more than 30 cases of extortion, rape and murder against him, and that the murder was possibly a result of gang rivalry.


However, several social media posts have emerged in the aftermath of the murder which refute the Indian media and police’s claim that the victim was a criminal.


Social media users identify him as Naveed Pathan, a bodybuilder, who had participated in many contests. 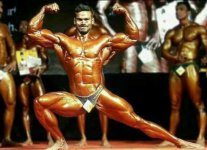 A Facebook page called “We want justice for Naveed Pathan‘ also termed the murder a religion-based attack, while a Pakistani bodybuilder also posted a video against this barbaric incident. https://www.facebook.com/100010951146810/videos/467148050326896/

Here is another side of the same story that basically says it is bullshit coming from Pakistan. You decide which is true.

Danyal Gilani is the Director of the I&B Ministry of Pakistan and was the Former Press Secretary to the Pakistani PM. On Monday he tweeted a newspaper clipping and alleged that a Muslim was brutally murdered by Hindu hooligans in broad daylight:


If someone asks again y Pakistan was created, show him images of the brutal murder of a Muslim, Naveed by Hindu hooligans in broad daylight? https://twitter.com/KhawajaMAsif/status/888824252714983424


Khawaja M. Asif is Pakistan’s Federal Minister of Water, Power & Defence. He shared an alleged video of the body builder Naveed getting killed:


First of all there are two separate incidents which have been mixed up both by Pakistani papers and the propaganda video makers.


The incident involving bodybuilder Naveed happened in Amravati, Maharashtra. On 18th July Naveed was present near a petrol pump on Walgaon road. There he was brutally attacked by 4-5 people carrying sharp object which resulted in his death. The reports recounting the incident claimed that the murder stemmed from a dispute about running a gym in that area.


Newer reports further clarified the matter. As reported, the police had arrested the accused named Raheem Khan and Mohseen Khan in connection with the murder. According to the report, Raheem himself was a body builder and used to run a gym of his own. The now deceased Naveed used to initially frequent his gym for practice, hence Naveed and Raheem were friends for a while. The gym reportedly had been acquired by Raheem on a rental basis.


Naveed later wanted to in turn take control of this gym and run it himself. For doing that he had completed all the formalities and was going to take control of it from August 2017. This loss of revenue had irked Raheem, which resulted in him and Naveed having an altercation on 18th July. This was followed by Raheem and 3 others allegedly murdering him.


So clearly not just was the incident not perpetrated by Hindus, it was a result of a professional dispute without any communal angle. Which is a far cry from the “brutal murder of Muslims by Hindu hooligans” narrative which was perpetrated by the Pakistanis.


Secondly coming to the video which was shared by Khawaja M. Asif. This is in no way related to Naveed. This incident happened in Dhule, Maharashtra and as per news reports, the murder was a result of an ongoing gang war. The victim named Rafiquddin Shaikh alias Guddya was recently released from Jail and was then hacked to death by rival gang members on 18th July.


According to the report, Shaikh was the leader of his own gang which constantly indulged in a fight for supremacy with his rival. On 18th about 11-12 people from his rival gang attacked him. He was soon declared dead. One of the accused named Sagar Sahebrao Pawar was recently arrested from Pune and his interrogation has resulted in the police getting important leads. The police has also identified 5 of the accused all of who are history-sheeters. So this incident clearly was a case of a gang warfare and was in no way was related to “ethnic cleansing” as implied by the Pakistanis.

It's a pity that this happens in our time, but most likely those people who killed him are the sons of the devil and therefore they will burn in hell for what they did. I am a believer in my own right and attend this church every Sunday -- firstchurchlove.com. But I respect all religions of the world, because it is necessary to treat everyone with respect and understanding, it is written in the Bible and I absolutely agree with this. It will be necessary to find more sources on the Internet about this case, I really hope that this is fake and that everything is fine with this man who was killed.
Last edited: Jan 17, 2023