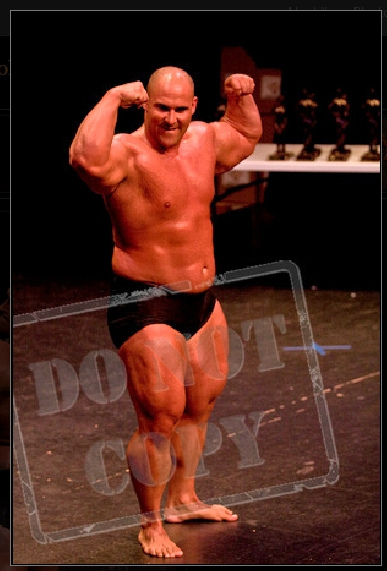 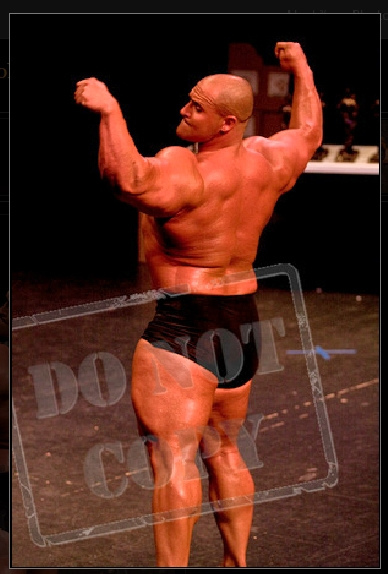 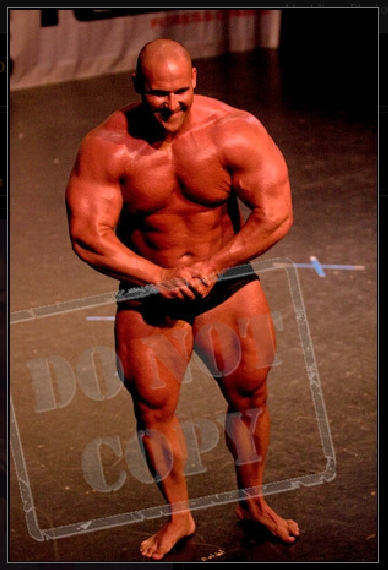 ..Every time it looks worse!

WTF at the first pic ahahahha

Ok, he's not into bbing anymore, but where's his self respect? Damn!

will be the fault of supplements bsn

guestposing??? wtf is this? my grandfather is in better shape than him. This is supposed to be entertaining? they paid him for this? This will scare people away from the sport. Jesus. Really? The stamp should say "do not look" because now i can't get the first image out of my head. Is this normal? Sure is scary...
M

Holy mother of God. I didn't expect this...

Honestly, if the body doesn't scream idiocy, the reasoning behind him choosing to go on stage looking like this does. This is terrible......i would have liked to have seen/heard the crowd's reaction.

Should have stuck with football. I wonder if he regrets quitting football for this.

He has got to be the dumbest ****ing bodybuilder ever.

Anyone have a video from this? Maybe they are just some horrible pictures? I am giving him the benefit of the doubt.

Big04pimpin said:
Anyone have a video from this? Maybe they are just some horrible pictures? I am giving him the benefit of the doubt.
Click to expand...


actually the promoter made sure there were no vids. lol

Natzo said:
actually the promoter made sure there were no vids. lol
Click to expand...


Thank you promoter! God bless you

I still can't get over this... He has to be either delusional or dumb to step up on stage looking like that.

After his exploit at the NPC Excalibur of 2007, Trey just kept gettin' worse and worse. The guy is the typical example of insulin abuse and imsusage. Insulin can be your worst nightmare, cause if you eat too dirty while on it, not all the hgh or cardio in this world will prevent your fat gains, and with Trey's metabolic response, which is very slow considering he was already soft and fat looking when playing foot-balll, you're in for a fat-orama festival. The guy balloned to almost 400 lbs in one of his off-seasons, but most of that weight is just water and fat. At least a guy like Kovacs in his good days balloned to that weight but brought good package on stage. Trey you're an epic fail, should stop before he gets worse and maybe find a real guru to help him climb back before he turns in a freak people will pay 2 cents to throw tomatoes at


I dont think so, he's always been chubby.