Understanding Trenbolone and the relation with "Bad Dreams" (worth the read)

Trenbolone and the relation with "Bad Dreams" 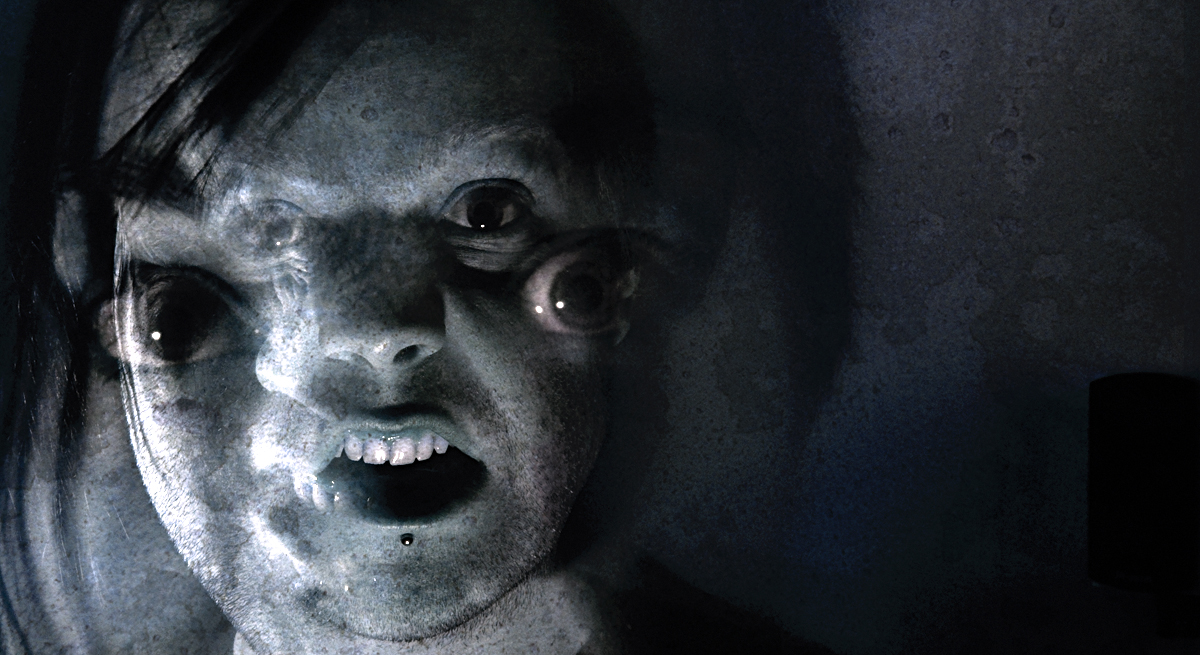 ​
Understanding the subconscious mind and dreams while on Trenbolone,what's the deal and is there really a connection?

Here I will attempt to provide an illustration with the intent to better understand the relationship between our subconscious mind and Trenbolone..
There's a reasonable explanations and studies surrounding the connection between AAS and lucid dreams..Due to the increase in androgen levels and with some DHT's (depending on the nature of its binding affinity), there's a sense of alertness within the brains secretions and sensitivities within the neurotransmitters, with this said; your not actually having vivid dreams or amplified dreams for that matter, but its more based around your ability to actually "REMEMBER" your dreams in close detail..The dreams you mostly been having all along!

Tren/AAS have a huge impact, partially due to the presence of brain secretions..Numerous sleep studies have been conducted in regards to the effects and expression with hormones sleep,yet it's still greatly misunderstood..
Many things are present in the equation here..Especially the presence of AAS which provides us with the ability to remember our dreams UPON WAKING UP (I'll explain this later), I'm not talking about being asleep and aware that its a dream "lucid state", because most users report that the dreams they have feel very much real, in fact some stating they are waking up from a dream with in a dream being utterly confused, or scared that what they experience during this state seems very much real!

In most normal instances upon waking up we tend to forget most dreams from/during REM, due to the lower level/presence of norepinephrine upon waking up..Now, under treatment/AAS usages or intake there's an elevation (also when we sleep) and these levels provided us with the ability to recall our dreams (for a short duration,I'll explain how/why we forget dreams later)..Especially while taking tren, this neuro chemical is what also may cause stress and added anxiety in some tren users and the loss of sleep/sleeplessness, also the higher presence will make dreams seem/feel more vivid...

Upon my research I found many reasonable explanations to conciser, as scientist are still left without definitive answers in regards to sleep, we are still left in the dark so to speak and the same applies to AAS, as we are just merely scratching the surface, we truly lack a broad understanding of the effects of AAS and synthesis concerning hormones on molecular level, studies are always contradicting one an other as more and more are being conducted..We don't understand the total picture yet..

What I find absolutely fascinating is how we're unknowingly able to manufacture dreams, as scientist are still learning and suggest it's the process of our memories with things we've seen, heard, done or thought throughout our day/past and the brain tries to process this, with memories and such, attempting to figuring out what to keep and what to get rid of or what to make sense of..

In many cases regarding TREN-DREAMS, we often hear one mention wild or sometimes nightmarish dreams and this leaves us with many questions and even at times questioning our mental state! (Have no worries, bizarre and horrid dreams are more common then you think,we just tend to forget and maybe this is for our best)

Now, the questions is; Why are these dreams so vivid and mostly associated with TREN use? Good question!

It's argued among many about Tren not being a DHT, but yet it possess every characteristic of DHT, a matter of fact, It over rides DHT compounds by binding to receptors and tissue aggressively within the precedence of other DHT's (with bad attitude,being dominate) at the same time mimicking the same signature, displaying every potential side that DHT possess..Yet, with the same gene expression and just as potent it doesn't convert to DHT (by way of the enzyme 5-alpha reductase) at the same time Tren metabolites share the same pathways if not more pronounces then over DHT alone..There's numerous studies supporting this..

Where am I going with this?

Tren with it's overwhelming androgenic proprieties/and metabolite pathways with DTH (a neurosteroids) it has pronounced effect on neurochemistry (enhancing signaling/firing and the pathways within the neurotransmitters) in way of improving neuroactivity (like all androgens do) but not all on the same degree of activation/stimulation some are more pronounced. then others..Let's look at the parameters here with the rating of compounds
​ 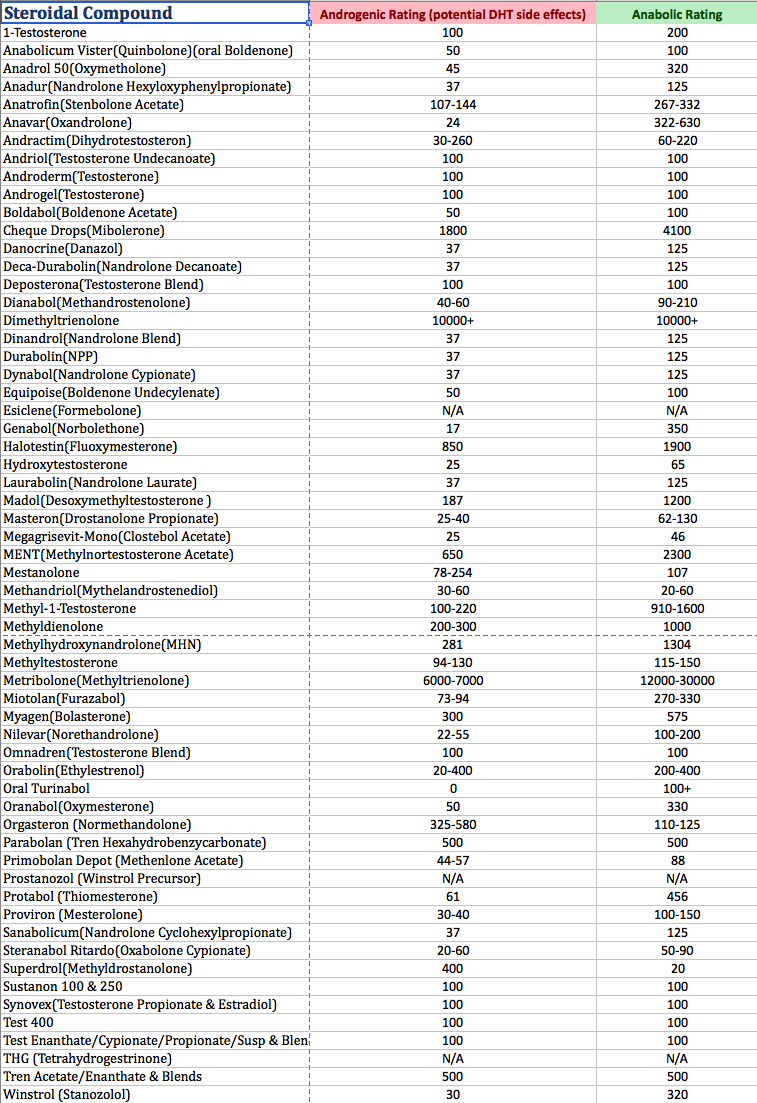 How does this pertain to the topic?

These steroids mentioned - DHT's (i.e Tren) that posses neuro-properties synthesize in the brain and have effects on brain function, In addition to their actions on neuronal membrane receptors, improving the quality of the channels that cells use to communicate and interact ,DHT also improves spatial working memory by altering NMDA-receptors and functions in the HIPPOCAMPUS (this is very important to the topic)..Tren with its targeting similarities will exert inhibitory actions on neurotransmission, acting as potent positive allosteric modulator of the GABA receptor ( Tren with it's overzealous functions can effect levels of by indirectly decreasing GABAa receptors; this can effect REM and a stable sleep state/environment)..

Neurosteroids amplify an already established network of communication known as "neurochatter", especially during rest between the Hippocampus - where memories are formed & Neocortex - where memories are permanently stored. During a deep sleep (slow wave sleep) many studies have shown that the Hpp & NCT are perfecting in-sync with one an other, however this is where dreaming does NOT take place, however the neurochatter continues, sharing information back in forth..

Now, during REM sleep (fast wave) this is where dreams happen (majority)..However the neurochatter continues on, but the neuro's signaling/firing is not at the same time, almost missing each others impulse, like a bad cellular connection,each part of the brain perfectly functional, but no longer in-synce with one an other (Think of 2 lights flashing at the same time very fast, now change the tempo in either direction with both lights, still flashing but not at the same time, missing each other)..
Because of this we are unable to place a manufactured memory (dream) from the Hippocampus and have it stored permanently in the outer Neocortex of the brain.This doesn't mean dreams are unable to take place,we just no longer have the ability to remember (those flashing lights were out of sync)..
You may ask yourself "How is it possible that we recall small instances of a dream"? During REM like I mentioned the firing is not in sequence but concurrently, randomly, thus at any given moment these random neuro's may so happen to fire and connect with one-an-other at random(thus recalling small aspects of a dream,bits and pieces,those flashing lights went off at the same time)..

But, my tren dreams are vivid, I recall detail?!?

Now, I made mention in regards to "Tren" and its over expressive nature binding with a great affinity and its aggressive nature to effect secretions by over activation with receptors or even suppressing "being counter productive either way" these imbalances may effect sleeping patterns, especially REM..
This is known as "REM suppression" as Tren may effect the amount of REM sleep that we have, causing a state of REM suppression..
Now, here's where it get's rather intriguing, this can now become something known as "REM rebound.. During a rested state the body needs stages of sleep cycling, when one stage (REM) is suppressed and someone is unable to obtain an adequate amount of REM, it then becomes bottled down and the pressure to obtain REM builds, then BLAMMO, you have really intense dreams..REM rebound now takes place!

How are we able to recall these dreams?

Because of the neuro-properties of TREN synthesizing the brain and the effects on brain functions, actions within neuronal membrane receptors improving the quality of the channels that cells use to communicate and interact, these expressed function and simultaneously firing between the Hippocampus & Neocortex now stores these manufactures memories permanently in your brain.. Upon waking up and there after, you now posses the ability to recall your dreams in greater detail, as it's a permanent memory so to speak! (a file moved from one area to the next)

I said prior that on average people manufacture some bizarre dreams and we forget most. Maybe it's not such a bad thing that we forget after all..
You'll be surprised on what the average person conjures up (out of their own control,pretty scary)..

Rem rebound posses some of the most bizarre , vivid dreams, nightmarish at times..It's completely out of your control!

This abstract is merely for educational purposes only, It's just my approach to the topic..If anyone can provide any further findings in regards to this essay, please post, in lieu of circle talking about compounds being DHT's that do not posses the same effects and reactions to the original compound mentioned here (Tren is far aggressive in comparison) ..