Was Mike Tyson on Steroids?

In boxing, the use of performance-enhancing drugs is prohibited. However, it is still proven among many boxers. Steroids, a type of PED, have been banned from boxing. Fighters are tested weekly to avoid the chances of using steroids because it makes their endurance, strength, and recovery time, making the boxing match unfair. 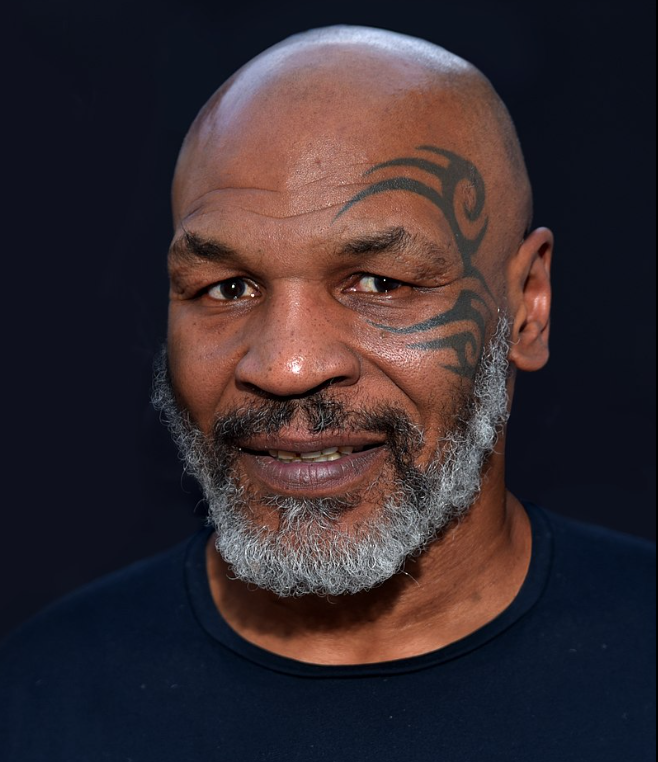 Iron Mike and Kid Dynamite, Mike Tyson was known to be among the best heavyweight boxers worldwide. With his victories, making a name in the boxing ring is undeniable. He had shown his strength and agility in the boxing ring. Unfortunately, he was rumored to be using steroids during his career.

Though he has confessed that he fought while under the use of cocaine and marijuana, he never admitted that he used steroids.

Born on June 30, 1966, Mike Tyson faced a rough life in a ghetto community. He grew up in a high-crime neighborhood and was involved in different fights and crimes, even at an early age. It is also known that he was arrested several times in his early adolescence. Though what he had experienced seemed violent, his childhood experience was a part of his boxing career.

His amateur career started when he won gold medals in the Junior Olympics, where Bobby Stewart discovered his boxing potential. He was trained and honed by Cus D’ Amato, which also became his legal guardian. By 1985, he entered professional boxing and started to make his way to the top. A year after, he was recognized as the youngest heavyweight champion at the age of 20.

In 1987, he won more boxing matches and was recognized as a champion by WBC, WBA, and IBF. He was able to defend his heavyweight title 10 times but eventually lost on February 11, 1990, to James Douglas. He was convicted of a crime in 1992 but resumed professional boxing in 1996. His bout with Evander Holyfield after a year was the most controversial among all the boxing matches in his professional career. He lost his boxing license after biting the ears of Holyfield.


Rumors of Steroid Use: Speculation Arises​

Because of his physique, strength, and aggressive behavior, he was rumored to be using steroids, which are banned in the boxing industry. The rumor captured the public’s interest when he confessed to using his child’s urine for a drug test.

Many people believed he might also have cheated on the same tests where the traces of steroids should have been seen. He also admitted that he had been under the influence of recreational drugs before he entered the boxing ring. Like steroids, recreational drugs are also banned in the boxing industry.

Testimony From Others: Trainer, Opponents, and Others​

Mike Tyson was Holyfield’s arch-nemesis in the boxing industry. Who would forget about their boxing match when Holyfield’s ear was torn off after Tyson bit him? Was Mike Tyson on steroids during their match?

According to Holyfield, he was approached by someone from the boxing industry in 1988. This person offered him to take steroids. When he refused, he was persuaded and told that Tyson was using it, so he should too since the use of steroids was not illegal back then. However, Holyfield did not disclose the name of the person.

The UFC legend believes that Mike Tyson used PEDs during the peak of his boxing career. Aside from that, he also shared that Tyson might have used steroids during his fight with Roy Jones, Jr. on November 28, 2020.

According to him, being clean against steroids was difficult, and Tyson’s use of his child’s urine was his attempt to be cleared from the steroid test. He added that Tyson still currently uses the said PED.

Kharitonov, an MMA heavyweight, also shared his thoughts on Tyson’s alleged use of steroids. According to him, Tyson has kept his physique in shape and still displays his punching power. He claims that the only way to be in shape is through unnatural means, which as steroids.

Evidence of Use: Test Results and Physical Changes​

There was no evidence of Mike Tyson using steroids in his boxing career. He admitted that he cheated on drug testing, but not specifically for steroids. However, there are physical changes seen in Tyson, which made everyone suspect him of steroid use.

One of the effects of steroid use is a high muscular build. A photo of a 13-year-old Mike Tyson with a muscular physique was compared to his later body. He was lean, though he was already under the heavyweight category.

Having an increased muscle mass does not mean he was using steroids. Since PEDs only lose fat content in the body, a person with natural muscle mass like Tyson is hard to accuse of using steroids, not unless he tested positive for using.

Evidence of Steroid Use​

No evidence was found on Mike Tyson’s steroid tests. All the allegations of his steroid abuse were based on his performance, physical build, and his confession of cheating on drug tests.

Boxers are tested before their match. Usually, they stop using steroids before the testing and continue taking them after the test. This maintains their strength and power, which makes them ready for their bout.

Was Mike Tyson on steroids? The only thing that can prove that he has steroid abuse is to have a positive result on a test.

Aside from his physique, Tyson also showed his excellent physical abilities. His agility to easily knock down opponents was one of the highlights of his boxing career. The signs of steroid use can easily be seen in boxers, especially if they have constantly been winning their boxing matches.

Boxers need to have a sculpted physique, enhanced boxing skills, and increased agility. These are the reasons why a lot of boxers are getting addicted to steroid use.

According to a study, extreme strength can be a possible sign that an individual uses steroids. However, Tyson’s strength in the boxing ring has been proven since he was young. According to Tyson, the use of steroids in sports is reasonable as long as an athlete is not in a sport that includes physical confrontation. Otherwise, it is an attempted murder.

Since the scandal was not proven, his strength may have been retained due to his lifetime training for his boxing career. He undergoes intense daily exercises, which make his strength visible in the boxing scene.

Another sign people are looking into is how he fought with Holyfield during their 1997 match. He had shown aggressive behavior when he tore down Holyfield’s ear, which was eventually found in the boxing ring.

It is believed that increased use of steroids makes an individual aggressive and makes them think to physically abuse another person.

Public Opinion of Tyson’s Steroid Use​

Fans of Mike Tyson do not believe that he uses steroids. It can be true since no positive steroid tests came from him. In addition, Tyson has been training in boxing since he was 12 years old. With his intense training, he achieved real progress in his body.

In contrast, his cheating on drug testing made people think he also does this kind of tactic to show that he was negative for steroid use. Many people also believe that his strength in intense training came as an effect of steroids. His daily training includes three rounds of calisthenics, 2,500 sit-ups, and many more.

Mike Tyson is one of the recognized best boxers of all time. With his winning records, there is no doubt that many boxing enthusiasts are looking up to him. Though he is accused of using steroids, it is not tolerated in the boxing scene. Steroids can provide benefits, but being addicted to them can be fatal.
Last edited: Jan 24, 2023

Just a guess and gut feeling, but I don't think Tyson was on gear. He may be now later in life for TRT, but he was a bull back then and they purposely didn't give him his meds (paxil, etc.) before a fight. If he was one gear, he would have literally killed someone in the ring.

How to Avoid Erectile Dysfunction on Steroids