Bodybuilding and fitness training has become a thriving industry for many who can show enough perseverance, dedication, and diligence. Most women try to avoid getting into body fitness or bodybuilding. However, this isn't the case with popular Instagram sensation and influencer, Najome Colon. (Gia Macool)

Gia Macool has taken the social media industry by storm and has continued to train and educate people using her Instagram and YouTube channels. Today, we will talk about this Lebanese beauty, her career, and other relevant information about her. Enjoy the ride. 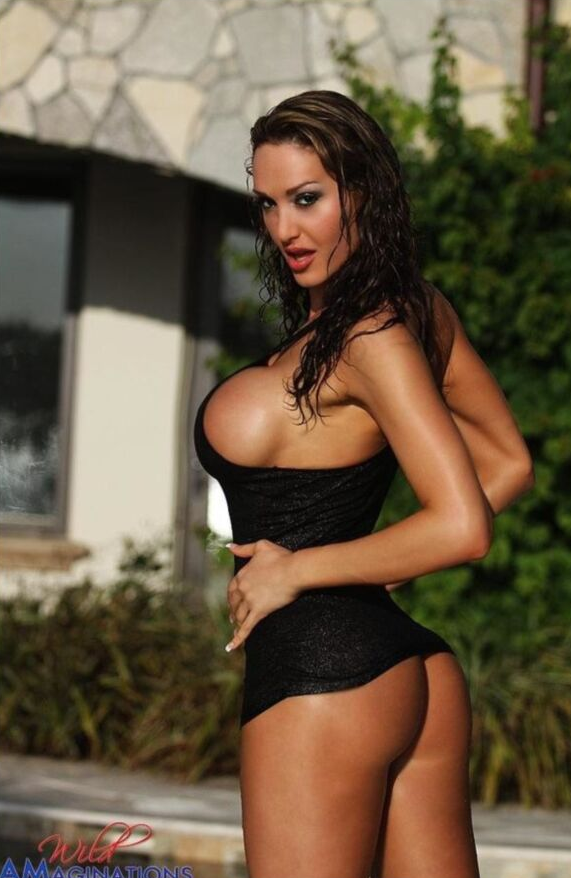 The Life of Najome Colon​

Najome Colon was born, on December 31, 1986, to humble parents in Orlando, Florida, USA. Not much is known about her family, but we do know that they are Lebanese who migrated to the United States to make a living for themselves and their households. She is a 35-year-old beauty, fitness model, social media influencer, and excellent entrepreneur.

Najome Colon became famous on social media, particularly Instagram very early in her career. Also known as Gia Marie Macool, Najome capitalized on her fame by starring in many commercials and engaging in photoshoots for big brands.

Many brands were interested to work with Najome because they believe in her work and know she has many followers on social media. After working for some time, she got her website, where she started selling her products and offering many services.

Also, on her website, she offers posing and shooting services to those who can pay for them. These days Najome Colon is very busy on her YouTube channels where she is offering services sponsored by many top fitness brands.

Growing up in the modest town of Orlando, Florida wasn't easy for Najome. She was born into a humble Lebanese family in Orlando. Orlando is termed, 'the theme park capital' in North America. Not much is known about her parents because she has decided to keep them out of the public limelight and she has refused to answer any questions relating to her parents. Najome Colon is focused on her career and doesn't want any distractions.

However, we know she got her Bachelor's degree from Florida State University, which is known to have good academic degrees in the USA. What she studied at Florida State University remains unknown and she has refused to divulge them. Since she is into lifestyle and fitness, we doubt if her course has affected her career in any way.

While she grew up in Orlando, which was a big city in Florida Najome colon wanted something bigger, that's why she relocated. She understood that her career path needed something bigger and she needed to move to a city where her career thrives. In high school and college, she was known as a good sprinter, and sportswoman, and loves activities related to keeping fit.

Most of her friends in school were into parties and music. However, she always stood back at the Gym to train herself. When she started aging, her beauty showed and close friends suggested that she look towards modeling. She started with some amateur photoshoots in Orlando, however after some time she moved to Miami.

Miami is arguably the largest city in Florida and provides creative and innovative individuals like Gia Marie Macool with many modeling opportunities. This change was necessary because it exposed her to other experiences than those she has witnessed in Orlando.

Furthermore, when she got to Miami she immediately got to work and started making important connections that could help her in her modeling career. Najome began sending her CV to many modeling agencies, magazines, and websites. Because of her good stature, body fitness, and charisma, she rose pretty fast in the fitness modeling industry.

Najome was enjoying life in Miami, however, she knew she needed to work more on her online presence to move higher in her chosen career. That's why she started her YouTube channel in 2012, called CoolfitTV. This was an immediate hit among lovers of Bodybuilding and fitness globally.

Because she was a lifelong fitness aficionado Najome colon wanted to share her knowledge about fitness with people who will gain from it. The main aim of the YouTube channel revolves around the simplest ways to lose weight and add muscle mass. Najome's first YouTube channel was about: 8 times Mr. Olympia Hardcore Ronnie Coleman, How you can become a bodybuilder.

This amazing fitness video made her more famous and renowned when it comes to bodybuilding and fitness. In the video, she interviewed a top legend in bodybuilding known as Ronnie Coleman. She asked him to show upcoming fitness lovers how they can become better athletes.

Since the video was successful, she had gone ahead to make more videos. Asides from nutrition, site, and fitness advice, she also advises on how they can pose and prepare for other modeling competitions. After getting her professional card in November 2012, Najome was ready to conquer the fitness and modeling industry.

This license allows her to enter any bodybuilding and fitness competition she wants. While she wasn't that successful in the bodybuilding sector, she used her career to expand her business. In Mid 2014, Najome colon opened her website, www.giamacool.com which she uses to sell apparel and fitness wear.

In early 2019, Najome Colon her platforms provided many posing services, interviews, and anything related to fitness modeling. Najome is frequently called to make appearances at brand events, VIP shows, gala nights, and club openings. With diligence, hard work, and patience, she has made herself a big brand.


Getting some much needed advice from the best! 8x Mr. Olympia Ronnie Coleman! Ronnie talks about his Supplementation line & tips on building legs.

Since she became an instant hit on Instagram, YouTube, and other social media platforms, she has never run out of contracts to sign. Many brands are regularly calling for her to feature in their promotions because they believe in her and share a similar vision.

With this, Gia Macool started working with New U life, a brand that specializes in providing excellent natural supplements and drugs for people irrespective of age, status, and work. Also, she was signed up by DateFit, which is a new application designed to help match people based on their fitness needs. This app is similar to Tinder, however, it focuses more on Fitness and working out. Najome Colon is represented by Ramiro productions.

Who is Najome Colon's husband?​

Najome Colon's relationship is inconclusive because her status remains unknown. Though there are various rumors about her dating celebrities, and that she will soon be married, she has neither confirmed nor denied such rumors.

When checking her social media pages, we can find any pictures, no evidence of her with a man, or traces of her love life. We should assume that Najome Colon is single and focusing on her career. Even if she has a lover, she is not sharing that information, and she has always remained private.

What are Najome Colon body measurements?​

Najome Colon has always kept herself fit and advises obese people to ensure they complement their fitness training with a good diet. She advises taking fewer carbohydrates and keeping their calorie intake daily to between 800-1000.

Najome says it's better to avoid skimmed milk and use good alternatives like Soya oats and almond milk. She says these kinds of milk provide better calcium, iodine, and vitamins. Najome also discussed the effectiveness of taking negatives like spinach which is a good alternative to cheese.

Moreover, she also noted that for women to keep fit, they need more iron in their meals and cereals are a good source of these irons. Najome says she doesn't drink coffee because of the presence of tannins which might affect her fitness.

What is the Net Worth of Najome Colon?​

Based on our investigation, Najome Colon has a net of about $850,000 as of December 2021. This wealth was accumulated in vases on several magazines she adorned, brands that feature, and the money she makes from her various social media posts. It is possible that with time, she will be worth more than this as time goes on.

Just like all social media influencers and models, Najome knows the importance of the Internet and how you can use social media as a tool to build a brand and get more followers. Najome's most used social media account is Instagram, where she has about 1.8 million followers.

Also, she has a good fan base on Twitter with 96,000 followers. Her Facebook page boasts more than 5.8 million fans, while a YouTube channel, CoolFitTv has 6,000 followers and more than 500,000 regular views. Also, don't forget to check her out on her website: Giamacool.com

On a final note;​

Najome Colon (Gia Macool) remains one of the most important female social media users around. Many people underage females when it comes to fitness and bodybuilding, however, Najome colon has proved them wrong.