With the Houston Pro just around the corner, Canada’s Fouad "The Hoss" Abiad is looking to kick-start 2008 by sending shockwaves throughout the IFBB Pro ranks.

Looking bigger and fuller than ever, The Hoss will be rumbling on stage July 4th with a monstrous 5 foot, 10-inch frame plastered in a peeled 250 pounds of rock-solid muscle! Without question, Fouad is well on his way to hitting his mark. But the pride of Windsor, Ontario knows that there is more at stake at this year’s competition. As Canada’s premier professional bodybuilder, Fouad will have the support of an entire nation following his every move in 2008. And as an inspiration to many aspiring bodybuilders north of the border, this Canuck valiantly carries the burden of representing an entire country on his back. As you can see from Fouad’s progress pictures. 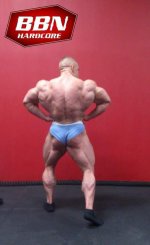 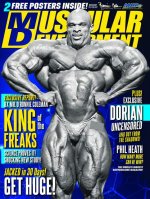 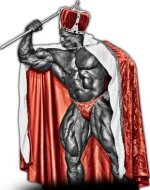 thx for the pics Zoknat

,he looks very good in mm and bdb pose, also is ripped

I agree, he looks great in these pics.
R

I met him at The Arnold this year, very cool dude, I hope he does well!!!

He does have a good build, and he comes in pretty diced for sure... but I am not a fan of his structure or waist. (although it looks good in these pics). He always reminded me of the gym juice monkey turned bodybuilder lol. I can see him placing top 5.

^ a gym juice monkey?!?! pretty sure you could classify all pro bbers that way if you want to be negative about it. he has a great build and comes in great condition. he will be a great pro for sure

He is already a good pro and should be taken seriously. Good amount of beef with great conditioning. I can see him doing very well in the future. TOP 5 for sure, maybe ever 3rd...?

looks great! Hes one of the few Canadian pros that actually uses his pro card...good to see him doing well