IFBB professional figure competitor Amanda Savell was found dead early this morning in Plano, Texas, reportedly from a gunshot wound to the head.

Reports indicate that Savell was murdered by David Jacobs, with whom Savell had been engaged in an on-again, off-again relationship that began in 2006. Police found the bodies of both Savell and Jacobs early this morning in Jacobs' home in Plano, reportedly the result of a double homicide. Savell was 30 years old.

Jacobs, 35, had been accused of selling steroids to many NFL football players and reportedly named names with the league's security officials. In May, Jacobs was sentenced to three years probation for running an international steroids ring.

Savell was one of the top figure competitors in the IFBB and appeared in numerous magazines since earning her pro card at the 2005 NPC USA Bodybuilding, Fitness and Figure Championships. She twice won the Europa Super Show, in 2005 and 2006, and was the runner-up at the Figure International in 2007.

"She was a wonderful person and a real friend to everyone in the sport," Texas NPC Chairman Lee Thompson said. "Our condolences go out to her and her family."
Click to expand...

What a fucking coward David Jacobs turned out to be.

Johnny Bravo said:
What a fucking coward David Jacobs turned out to be.
Click to expand...

That guy was the epicenter of coward.

WOW, that is awful to hear about. Can't believe it, Plano is such a nice little town...
P

worst vids ever. especially the first one is lame.

Very sad and what a waste, very pretty and young.

My first thought too when first I read the title of the thread: Did he get bail?
D

was that the ashole that train with branch warren?

lee__88 said:
was that the ashole that train with branch warren?
Click to expand...

As sad as the loss is... im not much a fan of figure competition... its so boring. 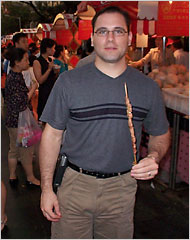 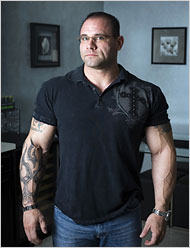 FlexOnline also told that, mate, it's on the first post of this thread.

"Police found the bodies of both Savell and Jacobs early this morning in Jacobs' home in Plano, reportedly the result of a double homicide. Savell was 30 years old."