an Oceans 11 bottleshop break in - your way

if you were presented with an opportunity to break into a grog store (say a riot broke out, or something else big), how would you do it?

would you assign your friends/family certain tasks?
what would be the first things you would grab?
how much do you think you could get done in 30 minutes?

remember, there is only you, a truck, a trailer, and 4 other people doing this, so you would need to take only what you really want and be quick about it. in and out.
maybe you would take other equipment. what would you take to get the job done faster, easier and safer? perhaps weapons? gloves? specify.

would you take weapons incase other people had the same idea's? where is the nearest grog shop from where you live? do you live in a densly populated area? would you leave some people behind to gaurd the shop while you, another mate and people at your house unloaded?

an oceans 11 breakin to a bottle shop.. how would you do it?

assuming the truck is big, like a moving truck.

With 4 people and 30 minutes... i reckon i could damn near clear the place out... starting with the stuff i wanted, then continuing on down the line, leaving the shit alcohol till last.

by truck i meant a simple 4X4 lol like a Nissan Patrol or a Holden Rodeo. not like a Mack Truck or Western Star.

lol fine. well i would steal all the bourbon premixed stuff... the stuff thats been recently taxed like anyhting

I used to work in a bottle shop, I could rob the place blind if I wanted to. All you need to know is the code for the door.
R

I'd stock up on diet lemonade.

Rocky said:
I'd stock up on diet lemonade.
Click to expand... 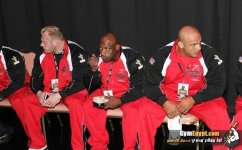 the first thing id do would be to close this thread.