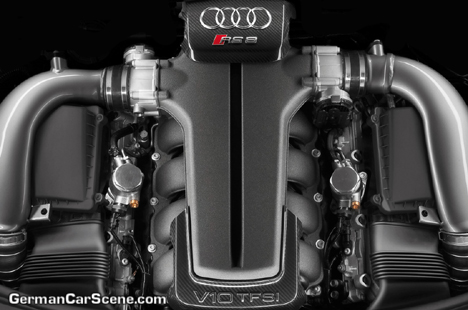 I will do backflipps if this happen

According to Autocar, Audi is planning to produce a V10 version of its incredible R8.
The new model, dubbed the RS8, will borrow the 572 bhp twin turbo unit from the mighty RS6.

Quattro GmbH had stated it would never happen due to potential cooling issues,
but Volkswagen Group’s head of powertrain development Wolfgang Hatz stated to Autocar this week,
“The car is now signed off, and will appear during the second quarter of 2009.
” Hatz went on to say that with inclusion of a roof-based NACA vent, as seen on the V12 TDI Concept, the cooling is “no problem now.”

Sounds great but in my city to get a car like that is a waste of money due to the traffic jam.