I have 2 Comedy films in mind the first one is the 1988 film starring Steve Martin and Micheal Caine - Dirty Rotten Scoundrels and the second one is Ice Cube's Friday. 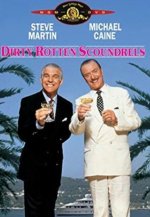 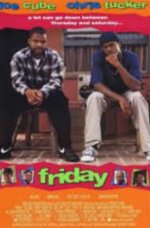 There are too many to mention, but one of my favorites would be Bruce Almighty that stars Jim Carrey. The funniest part of the movie was when Evan Baxter (Steve Carell) was trying to report while being speech manipulated by Bruce Nolan (Jim Carrey). I was rolling on the floor laughing when that happened. The bloopers and outtakes from the movie were funny too. And that's how the cookie crumbles!

I have to say I have a lot of favorite comedy films, The Blues Brothers is one of my favorites- Jake Blues, just out from prison, puts together a band to save the Catholic home where he and brother Elwood were raised. Dumb and Dumber(haha jim carrey is in this movie) is another silly movie about the cross-country adventures of two good-hearted but incredibly stupid friends. Another one that is quite a good movie to watch, is called Groundhog Day(Bill Murray)- a weatherman seems to be living the same day over and over again, and I like this movie because my birthday always falls around the same day as Groundhog Day.

Steve Marton's films are definitely one of my favorite comedy films. I can still remember when I had a surgery and I saw him on tv. I was laughing like mad and my stictches really hurt. His poker face, the way he delivers, plus the context of the comedy scen adds up to everything being funny. In F@#$$ ing Trains and Automobiles for one really made me laugh.
A

Naked Gun I meant. I also used to love Lloyd Bridges in other spoofs.

Yeah I agree, it's Steve Martin and it's Naked Gun. Although it's the comedian first before the funny role, the stories /movies of Steve Martin are really wacky to say the least and the comedy concepts seem to be tailored made for the guy. You'll laugh real hard with Steve. His face is also comic like those of Laurel and Hardys before.

Speaking of comedy, do you guys have any recommendations regarding comedy TV series that is not that well-known but is worth binge-watching? Halloween is just around the corner, and I might have the time to watch some. Thanks!
C

My favorites are Young Frankenstein, Wet Hot American Summer, and Wedding Crashers. Honorable mentions go to 40 Year Old Virgin and Forgetting Sarah Marshall. Also, one of my favorite is Bad Grampa and was laughing out loud the entire movie.
B

Being a music buff, I have to say Spinal Tap, even among non musicians is considered a very funny movie that depict the life of rock stars and how they become a parody of themselves.
Top