I am amazed at how this article says that cannabis basically caused this crazy woman to kill her children.. Yeah, right. The weed makes people violent? Give me a break! Australia is worse than the USA on this stuff..


Gold Coast bodybuilder and model sentenced to seven years in jail after he was busted selling $20,000 worth of marijuana to an undercover officer 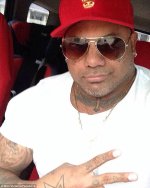 
A Gold Coast bodybuilder and model who sold $20,000 worth of cannabis to an undercover police officer has been sentenced to seven and a half years in prison.

Darren Troy Viellaris, 39, made more than $200,000 in just six months by trafficking cocaine and cannabis, the Gold Coast Bulletin reports.

Viellaris, from Southport on Queensland's coast, appeared at the Brisbane Supreme Court for sentencing on Thursday. 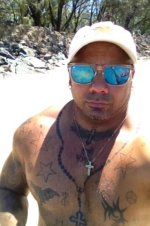 The court heard Viellaris made about $222,000 through his drug trafficking business between September 2013 and April 2014.

About $20,000 of that was made selling cannabis to an undercover police officer across 13 occasions, the Gold Coast Bulletin reports.

He was sentenced to seven years and six months in jail on Thursday, but will be eligible for parole in November 2019.

When sentencing Viellaris on Thursday, Justice Jean Dalton said drug trafficking had significant and damaging effects on the community.


'People become psychotic and stay psychotic because of the use of drugs,' she said.

'Because (cannabis) is illegal no one can study it and we can't know what per cent of people will react in that way and that is absolutely shocking.'

Justice Dalton referenced the case of Cairns mother Raina Thaiday who stabbed her children to death in 2014. 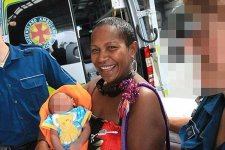 Thaiday, a heavy cannabis smoker, violently killed seven of her children and one niece during an acute schizophrenic breakdown in December 2014. 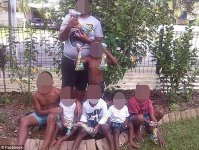 The oldest child was 14 and the youngest was 27-months-old.

Thaiday was found to be of unsound mind by the Queensland Mental Health Court due to drug-induced psychosis.

'The unanimous opinion… is that she didn't know what she was doing… cannabis caused that,' Justice Dalton told the court on Thursday.
Darren Viellaris, who advertises himself as an 'extra, model and commercial face online, pleaded guilty to eight drug-related charges
+6

Darren Viellaris, who advertises himself as an 'extra, model and commercial face online, pleaded guilty to eight drug-related charges 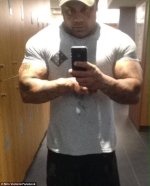 Darren Viellaris, who advertises himself as an 'extra, model and commercial face' online, pleaded guilty to eight drug-related charges in February.

He was forced to change defence barristers in early 2017 due to experiencing 'problems' with his last, the court heard.

Defence barrister Tony Kimmins told the court his client started trafficking drugs when he became addicted to cocaine himself. 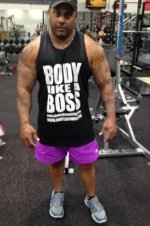