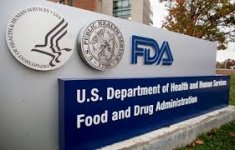 What the FDA's actions mean for dietary supplements

By CANDICE CHOI - Associated Press - Monday, February 11, 2019
NEW YORK (AP) - The Food and Drug Administration announced plans Monday to step up its policing of dietary supplements, which it said has mushroomed into a $40 billion industry with more than 50,000 products. The agency warned 17 companies for illegally making claims about their products’ ability to treat diseases.

Here’s a look at what the FDA’s announcement means:

Q: How are dietary supplements regulated?

A: Dietary supplements, including vitamins, are regulated more like foods than drugs. They can make claims similar to what’s found on cereals or snack bars such as “calcium builds strong bones.” But they can’t contain drug ingredients or make claims about treating diseases like Alzheimer’s, cancer or diabetes.

Q: Does the FDA plan to change that rule?

A: No. FDA Commissioner Scott Gottlieb said the agency isn’t questioning what’s permitted under the dietary supplements law of 1994. He said dietary supplements are regulated like foods because they pose less of a risk than drugs.
“Nothing in what we’re doing would try to attempt to re-contemplate” the existing standard, he said.

Instead, the agency is addressing criticism that it hasn’t enforced rules prohibiting supplements from containing drugs or being marketed like them. Gottlieb said the risk posed by such illegal products has grown with the industry.

The FDA’s dietary supplements review group has 23 employees, he said, and is planning more oversight on products that make illegal health claims.

Q: What about supplements that don’t make disease claims?

A: Qualified health claims on dietary supplements may lead people to think they’re more effective than they are, said Peter Lurie, a former FDA official who now heads the Center for Science in the Public Interest. Lurie noted the FDA doesn’t review such claims before they’re marketed.

“It’s very hard to take on this industry comprehensively when the law shackles the agency to the extent that it does,” he said.

Dr. Pieter Cohen, an associate professor at Harvard Medical School, said dietary supplements are unnecessary for most people unless a doctor recommends them for a specific reason. He noted there are exceptions, such as women who may be planning to become pregnant.

Q: Is the FDA considering any changes to the rules for supplements?

A: The FDA is still figuring out exactly how it might tighten oversight, but one possibility is a mandatory database for dietary supplements to improve transparency and make enforcement easier. It also said it’s developing a way to more quickly and consistently alert people about supplements that might have illegal ingredients.

The dietary supplements industry group, the Council for Responsible Nutrition, said it looked forward to working with the FDA, and praised Gottlieb for “rooting out bad actors.”
___

The Associated Press Health and Science Department receives support from the Howard Hughes Medical Institute’s Department of Science Education. The AP is solely responsible for all content.

That's not so scary. That's actually more what I want them to do, read out the Bad actors.

Thanks for the info!
Similar threads