Does Follistatin aid in muscle gain?

Follistatin also known as activin-binding protein is a protein that in humans is encoded by the FST gene. Follistatin is an autocrine glycoprotein that is expressed in nearly all tissues of higher animals.

Its primary function is the binding and bioneutralization of members of the TGF-β superfamily, with a particular focus on activin, a paracrine hormone.

An earlier name for the same protein was FSH-suppressing protein (FSP). At the time of its initial isolation from follicular fluid, it was found to inhibit the anterior pituitary's secretion of follicle-stimulating hormone (FSH). 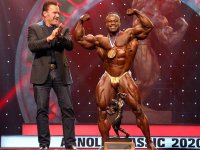 The way to big, strong muscles is long and requires hard work in a gym. But researchers may have found a shortcut where the muscles grow by themselves. Scientists have actually succeeded, by means of gene therapy, to increase the lean body mass and the strength of macaque monkeys. The experiment was simple enough, the researchers just injected the gene follistatin (FS344) directly into the monkeys right thigh muscles.

It has been shown that follistatin can block myostatin, a molecule that down-regulates muscle growth, but strengthens tendons. Eight weeks after the injection the circumference of the monkeys right thigh muscles, had on average gone up 15 percent compared with the left thigh. A study done on two of the monkeys showed that muscle strength in the right leg was increased by respectively 12 and 36 per cent compared to the untreated leg!

The Follistatin is injected by means of a viral vector, that is a Adeno Associated Virus used as a transport for the drug that is injected.

It is a common method called Gene Therapy, and has been used in humans with other drugs.

The study on the monkeys showed no negative side effects.

This therapy is being developed for use in patients with severe muscle dystrophy and other muscle wasting disorders.

Clinical trials on humans are due to start in 2011 and Nationwide Childrens Hospital in Ohio has already gained funding for the study. There are a number of studies and clinical trials either underway or planned for treatment of muscle wasting disorders, among some of the more interesting substances are Follistatin as an antagonist to Myostatin,

Ostarine which is a SARM(Selective Androgen Receptor Modulator) and is currently in Human clinical trials by GTx Inc. and also another SARM under the codename BMS-564,929 which is being developed by Bristol-Myers Squibb.

The potential for these substances to be abused by athletes has prompted the World Anti-Doping Agency to have a ban on SARMs since 2008.

So far only the substance known as "SARMs S4" (Andarine) has made it to the market, and is being used by a limited number of pro and amateur bodybuilders, it's anabolic effects are said to be moderate and it has been reported to have some temporary side effects, among which decreased night vision is the more prominent.

The future of drugs developed for muscle wasting diseases are sure to be of interest for athletes and others wanting to gain the extra advantage.

The next 5-10 years will see a plethora of substances come out and some might be good replacements for Anabolic steroids. These drugs will be available through the black market for pro and amateur athletes alike, with unprecedented anabolic effects and close to no negative side effects.

Ostarine is the sarm.

follistatin is a protein.

Fyi:
Follistatin is an autocrine glycoprotein that is expressed in nearly all tissues of higher animals. Its primary function is the binding and bioneutralization of members of the TGF-β superfamily, with a particular focus on activin, a paracrine hormone.

Selective androgen receptor modulators or SARMs are a novel class of androgen receptor ligands. They are intended to have the same kind of effects as androgenic drugs but be much more selective in their action, allowing them to be used for more uses than the uses of anabolic steroids.