A sad pathetic excuse for a male; not necessarily of Italian descent, but most likely; usually native to the New York/New Jersey Tri-State area.

NATURAL HABITAT: Known to frequent Tri-State area malls looking for club gear to waste their week's pay on (most likely spotted shopping at "Bang Bang" in Staten Island). During the day when not at their food delivery, telemarketting, or construction job, can be located at their local gym tanning or lifting weights. Can be found nightly at mainstream danceclubs they read about online (SF, Webster Hall, Etc.). Most notable for cruising the Jersey shore in an old car (Honda, Mustang, etc.) which has been tinted, painted and sports $1,000-$3,000 rims in a feeble attempt to look like new. Guido cars usually have a boomin' system through which cheesy music like freestyle, commercial club/trance and hip-hop (anything KTU plays) is loudly blasted.

GENETIC LINKS: Directly related to modern day urban-guidos, A.K.A. "wiggers," A.K.A. "wegros;" urban-guidos are white males who once exhibited the traits referenced above, but have now instead opted to keep it unreal, with wardrobes consisting of clothes from labels like FUBU and Rocawear which they bought on sale at Macy's. These individuals still listen to the same music and drive the same type of car as their predecessor; it is usually just their choice of attire and use of slang and poor speech skills that differentiate them from the classic guido. Most guidos are distrusting of non-whites despite the fact some of their attire and music can be traced to non-white origins.

PASSTIMES/RECREATIONAL ACTIVITIES: Guidos enjoy beating up a non-white or homosexual while assisted by a group of 5-10 guido friends backing them up; engaging in date rape; and displaying their lack of rhythm by dancing poorly in the middle of a club's dance floor while non-guidos look on in disbelief.

If you know a Mike, Joe, Rob or Tony, he's probably a guido.

Haha...what the hell is wrong w/ thier faces?

Pain said:
If you know a Mike, Joe, Rob or Tony, he's probably a guido.
Click to expand... 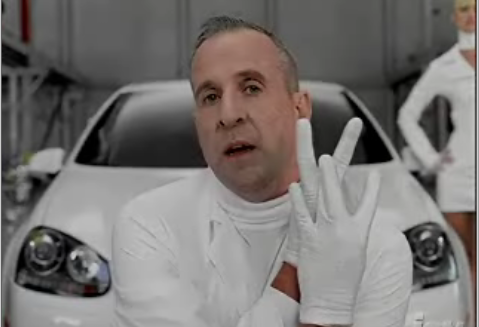 Palmetto said:
Haha...what the hell is wrong w/ thier faces?
Click to expand...

Flex won't be happy with this thread.

Palmetto said:
Haha...what the hell is wrong w/ thier faces?
Click to expand...

they're just preparing for a show...still looking soft though

I hate guidos. My City's crawling with them. everytime I go to the mall or a party, I see the popped collar, fake tan, spikey hair, homos everywhere I go these days. I'll try and find some local guidos to post in here.

Dont know why but i can fucking stand the way the guy in the middle looks at all..... LOL

they're not that hard to find. My gym in new york was littered with them.

Kanav said:
they're not that hard to find. My gym in new york was littered with them.
Click to expand...

seriously though.
don't stare directly at them, they are viral,infectious.

the guy in red has pit stains. dirty guidos.

What is with that fucking hairstyle?

what a epic bump