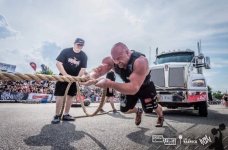 There was just a huge steroids bust across Europe. Police seized 24 tons!

This is from apnews:

A massive law-enforcement bust across Europe has resulted in the seizure of 24 tons of raw steroid powder and the closure of nine underground labs that produced performance-enhancing drugs and other illegal substances.

Europol said Monday that the operation, which included 33 countries and was led by national police forces in Italy and Greece, was the largest of its kind and led to the arrest of 234 people and the dismantling of 17 organized-crime groups.

The World Anti-Doping Agency also participated in the sting, which discovered a trafficking system in which non-professional athletes used rechargeable credit cards and cryptocurrencies to buy small amounts of illegal substances, much of which was moved through gyms and unregulated online pharmacies. Dealers used social media to advertise and promote their products.

“This is the sort of multi-party collaboration that produces real results and can make a significant impact on the availability of counterfeit and illegal drugs used by some athletes globally,” WADA intelligence director Gunther Younger said.

Officials said they carried out a combined 1,357 urine and blood tests at sports events as part of the operation, though no details were shared about which events or who was tested.

Nearly 1,000 individuals have been reported for producing, selling or using performance enhancers and 839 judicial cases have been opened across Europe.

Public authorities have been taking an increasingly high-profile role in sports corruption cases. Last October, the U.S. Justice Department charged Russian military intelligence officers in a wide-ranging case that included WADA and FIFA. Earlier in 2018, police in Austria raided the international biathlon federation’s offices in a case in which the agency’s president was accused of covering up Russian doping cases.

“So many of the busts that have happened in the sports world for doping recently have only been possible because police have wiretapping ability and other investigative powers that normal anti-doping agencies and sports organizations don’t have,” said Max Cobb, president of the U.S. Biathlon. “This just another example of how important that is to cleaning up sport.” 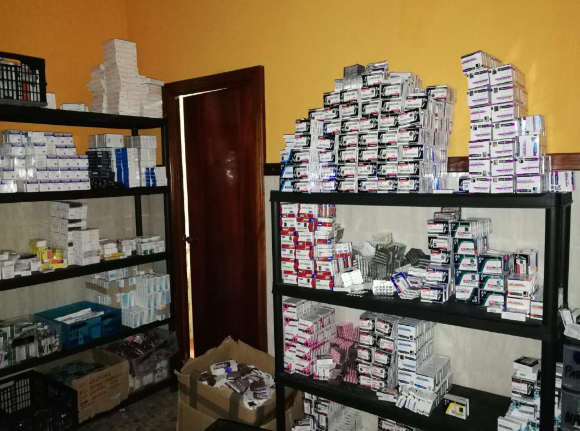 Italian and Greek police lead the largest coordinated take-down of European UGLs producing anabolic steroids and doping products in history.
The Italian NAS Carabinieri and the Financial Unit of the Hellenic Police were the leaders in a massive investigation of anabolic steroid trafficking in Europe. The investigation was codenamed Operation Viribus.
Operation Viribus was the largest coordinated doping investigation in the history of the European Union Agency for Law Enforcement Cooperation (Europol). The investigation resulted in the confiscation of 3.8 million illegal doping substances and counterfeit medicines. This included almost 24 tons of raw steroid powder. In addition to anabolic steroids, the seizure included illegal dietary supplement, medicines and food supplements.

Europol claimed to have shut down or significantly disrupted nine underground laboratories (UGLs). It dismantled 17 organizations involved in trafficking, arrested 234 suspects and identified almost 1,000 individuals involved in either the production, commerce or use of doping products.
The names of the UGLs busted during Operation Viribus have not been released. The photographs provided by the police intentionally blurred the brand names.
At least one of the labs was Alpha Pharma. Alpha Pharma was probably of particular interest to police. The owner of Alpha Pharma and the man-in-charge of importing Alpha Pharma products into Europe pleaded guilty to steroid trafficking earlier this year. They are awaiting sentencing next week.
Operation Viribus was assisted by INTERPOL, the Joint Research Centre (JRC), the European Anti-Fraud Office (OLAF) and the World Anti-Doping Agency (WADA). Operation Viribus received the cooperation of 33 countries including the 23 member states of the European Union. The United States also offered its assistance.
Europol investigators noted a trend of small organized crime groups investing in clandestine underground laboratories to manufacture anabolic steroids. These groups have been successfully importing huge quantities of raw steroid powder primarily from China. They have also been increasingly involved in marketing steroids on social media and the dark web. Most of the groups use cryptocurrencies, such as Bitcoin and Monero, and rechargeable credit cards.
Operation Viribus resulted in only a minor disruption in the black market for anabolic steroids and doping products in Europe. Most consumers probably will not ever notice.
Similar threads