Anyone ever hear, or even try this? I might but it from a friend. For anyone interested, I believe it's a formula containing:

^^ That's the basics from what I see. LG also uses malto for translocation I'm pretty sure. It's taken pre-workout, or 1/2 dose pre and 1/2 dose post.

I've heard of it. However, I haven't heard much on it. *Shrugs*

I unce ordered it from TSN on this forum when I won MOTM..didn't get it..finally got some other stuff from a guy representing TSN instead..back to the point..I bought Cold Fusion from another place and it worked good for me, but gasparis Superpump250 and VPX Shotgun worked better for me, specially Superpump250

Figures, less reputable. Though, I think it differs from Shotgun, SP250, Explode, etc.

Cold fusion contains BA and i'm pretty sure a higher dose of creatine. Do the ones mentioned above contain beta-alanine, creatine (proper doses), etc.?

Cold fusion contains BA and i'm pretty sure a higher dose of creatine. Do the ones mentioned above contain beta-alanine, creatine (proper doses), etc.? 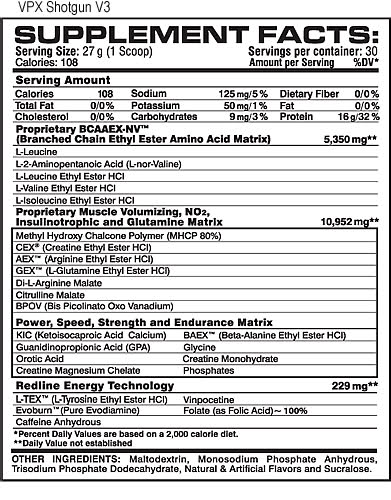 I've used it and the ethyl ester pre-workout just doesnt agree with me. Thats just me and shotgun and xplode did the same thing. Got a little pump but mostly just wanted to go crap my brains out. I prefer and swear by Supercharge Xtreme NO. Beta alanine, pikatropin, creatine chelate, taurine, di arginine malate etc, its good stuff and the vascularity that I get from it is just plain crazy.
D

at one stage i did want to try out LG Cold fusion, but the USA type is banned in Australia, currently useing superpump 250 at the moment

Make your own preworkout.. All the powders you need can be found on bodybuilding.com look the company supplement direct.

Thanks for the input guys. It doesn't seem much different than the usual NO formulas, which I was hoping it was. I'm not a fan of pre workout formulas unless it's for free or discounted.

Thanks for the recommendation jock. Although, something I wouldn't do..

Glutamine is useless unless administered through IV.
Creatine pre workout can alter total water distribution (potentially; mosst likely not a big deal).
An insulin spike (depending on the gatorade) isn't needed pre workout...whether it be a g:f syrup or dextrose.

If I decide to use Cold Fusion I'll let you guys know.. Rly appreciate the answers all!

The_KM said:
Thanks for the input guys. It doesn't seem much different than the usual NO formulas, which I was hoping it was. I'm not a fan of pre workout formulas unless it's for free or discounted.

Thanks for the recommendation jock. Although, something I wouldn't do..

Glutamine is useless unless administered through IV.
Creatine pre workout can alter total water distribution (potentially; mosst likely not a big deal).
An insulin spike (depending on the gatorade) isn't needed pre workout...whether it be a g:f syrup or dextrose.

If I decide to use Cold Fusion I'll let you guys know.. Rly appreciate the answers all!

Just a tip..if you are going for just arginine, TAKE IT IN CAPS!!!!! The powder tastes like....well...crap doesnt really describe the awful taste, neither does.....a rotten corpse....

Creatine Ethyl Ester: Creatine ethyl ester is one of the newest forms of creatine. The ethyl ester prevents breakdown in the gut and prolongs the life of creatine in the blood. Combined with creatine monohydrate this results in a one-two punch of fast acting immediate action coupled with the longer duration of creatine ethyl ester. – CEE gives you a longer acting creatine, the right amount works, too much and it tastes like battery acid.

Creatine Malate: Creatine bonded to the tricarboxylic acid cycle intermediate, L-Malate. L-Malate plays a critical role in shuttling NADH, an energy molecule, from the cytoplasm into the mitochondria for energy production. This results in an increase in physical stamina and a reduction in skeletal muscle damage (1). – Malate’s increase the energy production, giving you increased stamina and recovery which is why we included it in our formula.

Taurine: Taurine is part of the native defense mechanism against oxidative damage in skeletal muscle (2). Taurine is also a modulator of contractile function in mammalian skeletal muscle and increases the force responses by augmenting calcium accumulation and release (3). – Taurine gives you extra strength to squeeze the muscle increasing the intensity of each lift along with increased energy and stamina.

L-Leucine: Leucine has been shown to not only reduce the rate of protein degradation in skeletal muscle as a result of resistance training but to also increase protein accumulation and strength (4). – Leucine is the first amino acid used up when you work out. It is proven to be anabolic also in muscle tissue, which makes it a great addition!

Beta Alanine: Beta Alanine is an amino acid that is a component of carnosine. Stuides have shown that beta alanine supercharges the effects of creatine, resulting in greater lean mass gains and strength increases (5). – Beta Alanine buffers lactic acid and gives you longer workout times and reduces failure by buffering lactic acid. Genetic lactic acid reduction is what is speculated to give Lance Armstrong such incredible stamina and power. Beta Alanine causes a slight tingle but it is very potent at increasing strength and muscle density.

Aspartic Acid: Aspartic acid plays a major role in the malate-aspartate shuttle and acts to recharge L-Malate. Supplementation with aspartic acid has resulted in increased endurance and decreased lactic acid buildup. Furthermore, studies show decreased rate of glycogen depletion during exercise due to increased utilization of free fatty acids over glycogen (6,7) – Aspartic Acid increases endurance and performance by providing more energy to the cells and increasing endurance as shown in studies.

Yohimbine: Yohimbine is an alpha-adrenergic antagonist. Supplementation with yohimbine results in augmentation of nitric oxide synthesis and increased vasodilation – which means more blood, water and nutrients delivered to your muscles. – Yohimbine gives you the mental lift in the gym, without the crash of caffeine. It also increases blood flow, making NO work better. Unlike caffeine, Yohimbine doesn’t constrict blood flow.

L-Arginine: L-Arginine is the precursor to nitric oxide (NO) production. Nitric oxide is the major vasodilator in blood vessels. Vasodilation causes blood vessels to open up, allowing more blood to flow. This gives you the massive pumps that you experience when supplementing with arginine. This pump not only looks great but it also helps to build muscle by delivering more nutrients where you need it most. – Arginine is the base for a good NO pump, we prefer a mix of many types to get the maximum benefit and straight Arginine has a faster acting effect.

Arginine Orotate: Arginine bound to orotic acid results in a longer duration of action and improved absorption of arginine. – We cover all the bases, so this is another form of Arginine that lasts longer in the body so you get a three phased NO release.

Mormordica: Momordica is an herbal ingredient that has been used in China for over a thousand years. Momordica upregulates the expression of GLUT-4, the primary glucose transporter in skeletal muscle. This results in increased glucose and protein transport into muscle. This increased flow of nutrients also loads creatine and water into the muscle (8,9). – This stuff is really cool, it shuttles all the other stuff into the muscle cell. Unlike inferior products (like ALA) that push only sugar into the muscle. mormordica pushes both amino acids and sugar into the muscle (all the above ingredients are amino acids, even creatine, which is why Cold Fusion works better than anything else).

Pomegranate Powder: Pomegranate juice contains potent antioxidants that protect nitric oxide (NO) from oxidative destruction. This results in an increase in the activity of NO as well as the duration of action (10). – Pomegranate is good for you in many ways, but it is shown to increase your pumps by extending the life of NO in the blood.

Spirulina: Spirulina has been shown to decrease oxidative damage in skeletal muscle but it also has another interesting effect. Spirulina augments the vasodilating effect of nitric oxide while at the same time, decreasing vasoconstriction by reducing the synthesis and release of vasoconstricting eicosanoids (11). – Spirulina is known as an energy food that increases pumps and reduces muscular fatigue. It increases stamina and reduces fatigue.

This unique combination of ingredients will give you the biggest pumps during your workouts while at the same time producing the optimal anabolic state. Hopefully, our dual explanations give you science guys and normal people a chance to see why Cold Fusion EX is so great. You have to taste it! It is amazing!

thats a write up of ingredients by the owner of LG

Daniel Andersson said:
Just a tip..if you are going for just arginine, TAKE IT IN CAPS!!!!! The powder tastes like....well...crap doesnt really describe the awful taste, neither does.....a rotten corpse....
Click to expand...

Thanks for the tip DA. Not sure would could be worse than NOW Pro Gainer Vanilla.


allstar said:
thats a write up of ingredients by the owner of LG
Click to expand...

That's CF contains? If so I might have had my mind changed. That + one of my boys could get me it 2bottles for 10 haha.

Yup those are the key ingredients.

and the icing on the cake, it has 9g or so of maltodextrin to aid in the translocation of those ingredients. Good deal if you ask me..

specially for that price
T

hated this product bought it off prosource 2 for 30 saw no pump, best pre workout mri black powder keeps me pumped throughout my workouts