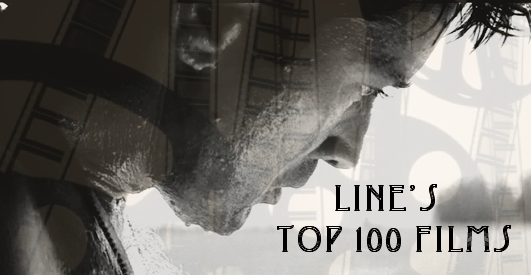 ...coming later today. And no, your favorite movies will probably not be on it. Deal.

will Road House 2: Last Call be in your top ten?

I know there will be a lot of Ingmar Bergman movies in that list..

Fine, i've ran out of titles to dl/buy so let's see that list.

Storm said:
Fine, i've ran out of titles to dl/buy so let's see that list.
Click to expand...

My guess is every movie he lists has two or less seeders.

Flex said:
My guess is every movie he lists has two or less seeders. 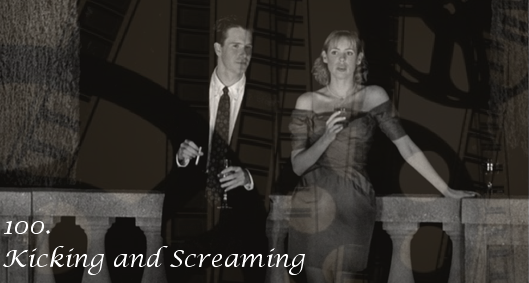 Noah Baumbach, 1995​
No matter what lies ahead for us, as people, we'll all have to make decisions that will eventually impact our lives in ways we can in no way predict; we will have to face them. In Noah Baumbach's 1995 film Kicking and Screaming, a group of college friends are forced into the realization that they have surpassed any semblance of an "age of innocence" and now must contribute, unwillingly mind you, to society. Even though it's a fairly brief piece (running only 96 minutes), Baumbach's screenplay gradually develops our characters and expertly transforms them into something different from their ideal selves but also something they can accept.

While there are some flashback scenes that initially present themselves as tonally inconsistent, it eventually becomes clear that Baumbach presents one of his main characters, not as a realistic portrayal of a post-grad female but as an ideal of something longed for by our male lead. In the pre-work, post-college period, one not only dwells upon what is yet to come but also how past instances have shaped them and brought them to such a point. The perspectives of everyone in this ensemble centered film are illustrated incredibly well and their individual self-reflection leads us the viewer to contemplate the worth of their own societal contributions.

Flex said:
My guess is every movie he lists has two or less seeders.

Most of the movies i search for recently aren't even on torrent, i've come back to e-mule. 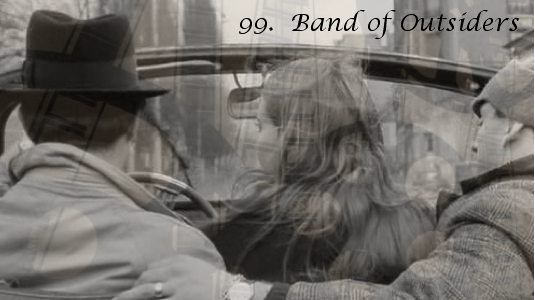 Jean-Luc Godard, 1964​
Despite working in a genre that promotes experimental and bold visual and stylistic provocations, Godard floored me with his audacity when he included a literal minute of silence in his 1964 Band of Outsiders. Natively titled Bande à part, this film tells the tale of two petty criminals with a penchant for pop culture and their actions are direct reflections of their favorite big screen portrayals. It's an interesting theme that this film indeed plays almost as a Hollywood-B film, at least from a plot standpoint, but it also overlaps it's slick style with commentary worthy of today's cultural follies.

Oddly, growing up I often fancied myself as a part-time conspirasist and a good friend and I would find ourselves sitting at lunch, talking about crime as if we were capable of carrying them out. Of course, the media influences such thoughts but it was moreso the stupidity of the common criminal and their mistakes made that always intrigued us, as we had held our intellect as higher than others. I say oddly because we are now facing conspiracy charges of our own for, of all things, trying to steal a crosswalk sign when drunk. There was no ill-intent and we thought such a minor crime would either go unnoticed or only loosely punished. While our personal charges are being blown out of proportion, we never really, in the act, thought of the consequences of our actions. Our leads from Band of Outsiders act similarly, passing off crimes as if they're young, in love with life, and invincible. Throughout the entire film we see this lust for excitement and wonderment as we follow a creatively narrated story as the charm and grace of our two males bring along and culturally seduce a young woman to join in and help in their escapades. As things unfold we slowly begin to reflect upon how consequential our actions are and how youthful innocence is truly lost on the youth.

David Lynch, 1977​
Not a fun or comforting film to watch by any means, Eraserhead takes us on the journey of Henry Spencer, an odd looking man with an even more peculilar and, dare I say, more dangerous psyche. The film is by no means an easy watch as the dark imagery seems to be nearly shrouded with ever-creeping black edges as if it is about to take an even more forboding turn. What we're left with is a brilliantly composed and meshed use of static sound and stark pictures that are not only horribly atmospheric (in a good way) but also tonally significant.

The film begins with Lynch wielding a slow moving camera in what is his first full-length directorial effort. It quickly becomes apparent that the rookie autuer is capable of squeezing his lense into locations other directors would only dream of doing. The central images we're presented with are vague and bright against their charred settings and, although there are endless ways to interpret the film, it's in my humble opinion that it is indeed a horror film surrounding the mental anguish a man feels during an unexpected pregnancy. We see a ill-looking man, likely inside the brain or control center of Spencer's body, pulling levers as if to mechanically release more fertile ejaculatory efforts; further imagery and the narrative supports such a hypothesis.

While we soon learn that Henry's girlfriend is pregnant, the already dark and unfamiliar universe that the film reigns within soon gives way to a man's worst inner demons. While all the qualities of a more grounded world are there (small apartment, the baby preventing his sleep, amorous problems, and grand escapism) the nightmarish visuals and haunting non-diegetic sounds create a different type of horror film. We are left with a man dwelling on his inner most fears, as if a nightmare has been landscaped over his entire being by some awesome force and instead of only viewing it we, as the viewer, are purported to feel it. Lynch has often focused on the relationship between a film and its audience and the experience that Eraserhead presents us with is far from an easy one, but it's certainly a masterful one.

Tech said:
will Road House 2: Last Call be in your top ten?
Click to expand...

Why wouldnt it be

This is a great idea for a thread.
I reckon over time, we should all make one.

Tech said:
will Road House 2: Last Call be in your top ten?
Click to expand...

Daniel Andersson said:
I know there will be a lot of Ingmar Bergman movies in that list..
Click to expand...

Mr. Bergman will be making an appearance.

If Fargo isn't in your top 10, you might be seeing red.

Oh there's no way I'm working with that prick. 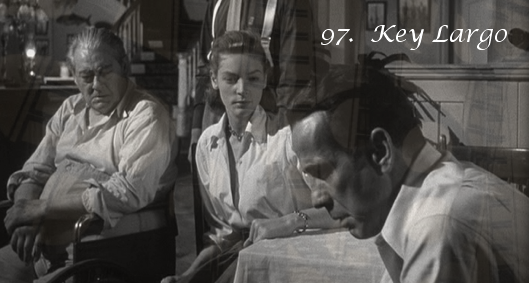 While the film's setting is, of course, Key Largo, our film primarily takes place within the ocean resort owned by James Temple (Lionel Barrymore), the father of a military buddy of our lead, the uncomparable Humphrey Bogart. It's an interesting role for Bogie as he portrays his mild-mannered, smooth-talking self, but lacks the tough guy persona we've all come to know and love him for. Throughout the film though we see one of my favorite transformations of character through continuous tests of fortitude. As a hurricane approaches, the entire resort must be locked and boarded up and within the hallowed, dilapidated walls dwells a group of gangsters headed by the once infamous Johnny Rocco (Edward G. Robinson). Rocco is ruthless and determined to do whatever it takes to retain the psuedo-hero worship he's gained from other criminals throughout the world; a character trait that may very well damn him.

The storm plays funny tricks on all parties involved and there are some incredibly powerful moments which do reflect greatly on the role of women, not only in film noir, but of their cultural significance of the times. Loyalty and frienships are tested as cabin fever sets in and instead of a stereotypical, blanketing coversion of our characters to irritability their true forms instead begin to show. The transitions of our two most memorable players seem smooth and effortless thanks to the fantastic screenplay and Huston's incredible penchant for storytelling. While there seem to be several cinematic peaks the story works very successfully as a whole and is an endlessly rewatchable genre piece.
Share:
Facebook Twitter Reddit Pinterest Tumblr WhatsApp
Facebook Twitter youtube Instagram Contact us RSS
Top