Marine jumps on Taliban Grenade to save comrades

Croucher hurls himself onto Taliban grenade

Miraculously, Lance Corporal Matt Croucher, a marine reservist from Birmingham, survived the blast with little injury when his rucksack and body armour took the force of the blast. He is expected to receive one of the highest awards for gallantry.

The story of his courage emerged last week in interviews with marines occupying a forward operating base near Sangin in Helmand province. They are preparing to leave after serving for six months at the centre of some of the fiercest fighting in Afghanistan. The outpost, Forward Operating Base Inkerman, is better known to troops as "FOB Incoming".

Croucher's action occurred just before dawn on February 9, as the reconnaissance troop from 40 Commando, operating to the south of Sangin, was searching a compound it suspected was being used for making bombs to attack British and Afghan troops.

Walking in the darkness among a group of four men, Croucher stepped into a tripwire that pulled the pin from a boobytrap grenade. His patrol commander, Corporal Adam Lesley, remembered Croucher's shout of: "Grenade!"
Click to expand...


Lance Corporal Matt Croucher said:
"I knew a grenade like this has a killing circumference of about five metres. I'd been through this scenario in my mind and realised there was nowhere to take cover—there's no point running off cos you're gonna catch shrapnel.

"The lads behind me would have caught a lot too. I'm very tight with the other three guys. There have been a few times when they've saved my bacon. So I went down next to the grenade.

"I figured that if I could keep my torso and head intact I'd probably survive any other injuries — although I fully expected to lose a limb."

His backpack— filled with a medical pack, shoulder-launched 66mm rocket and radio equipment—took the full force of the blast.

"It was blown straight off my back. The blast shunted me a full metre. The lithium battery for my communication equipment took the brunt of the shrapnel—it landed 10 metres away with sparks and flames flying from it.

"I was completely disorientated. The shockwave had exploded the blood vessels in my nose. All I could hear was a loud ringing and the faint sound of people shouting 'Are you ok? Are you ok?'

"Then I felt one of the lads giving me a top to toe check. A minute later someone said ‘you were ****** lucky'. They were like ‘what are you doing, you nutter?' But you could feel their relief."
Click to expand... 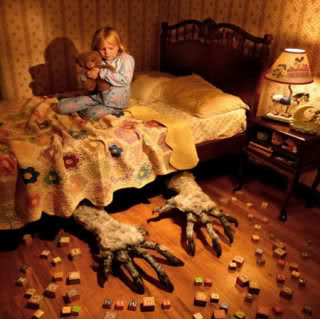 That will be you pain

Self sacrifice for others is the ultimate form of heroism, living through the sacrifice with minor to no injuries is a definite plus. I am very happy that marine acted so courageously with no injuries while saving the lives of his fellow soldiers. I hate to hear of any soldier fighting in this war dieing.. unless they are in the Taliban or Al-Queda

Braaq said:
I hate to hear of any soldier fighting in this war dieing.. unless they are in the Taliban or Al-Queda

Yes, I completely believe the government and media when they report about killings either on or caused by members of Al-Qaeda.

Ironslave said:
Yes, I completely believe the government and media when they report about killings either on or caused by members of Al-Qaeda.

True, I am do not pay attention to the numbers much. But I still do not like to hear of our soldiers or our allies dieing in a stupid and meaningless war.

That would definitely be Pain. However, pain would attempt to pick it up and throw w/e back and say "F you." This man lived a soldier and died a true hero. May God be with him.

Fatality said:
This man lived a soldier and died a true hero. May God be with him.
Click to expand...

Fatality said:
That would definitely be Pain. However, pain would attempt to pick it up and throw w/e back and say "F you." This man lived a soldier and died a true hero. May God be with him.
Click to expand...

He lived, and walked away with just a bloody nose... way to not read the article

Im glad the backpack didn't explode, probably didn't have any shells for the mortar, very lucky guy !! he deserves triple of what our medal of honor is

what a great guy. one of the most honorable things a man can do. and he lived! great story!

Can anyone explain me how he landed on the mine ? The description did not explain it weel enough for me =/

He landed backwards on it ? I don`t understand.