Somehow, this is news to people?

WASHINGTON (AP) - The Bush administration repeatedly ignored corruption at the highest levels within the Iraqi government and kept secret potentially embarrassing information so as not to undermine its relationship with Baghdad, according to two former State Department employees.

Arthur Brennan, who briefly served in Baghdad as head of the department's Office of Accountability and Transparency last year, and James Mattil, who worked as the chief of staff, told Senate Democrats on Monday that their office was understaffed and its warnings and recommendations ignored.

Brennan also alleges the State Department prevented a congressional staffer visiting Baghdad from talking with staffers by insisting they were too busy. In reality, Brennan said, the staffers were watching movies at the embassy and on their computers. The staffers' workload had been cut dramatically because of Iraqi Prime Minister Nouri al-Maliki's ``evisceration'' of Iraq's top anti-corruption office, he said.

The State Department's policies ``not only contradicted the anti-corruption mission but indirectly contributed to and has allowed corruption to fester at the highest levels of the Iraqi government,'' Brennan told the Senate Democratic Policy Committee.

The U.S. embassy ``effort against corruption - including its new centerpiece, the now-defunct Office of Accountability and Transparency - was little more than 'window dressing,''' he added.

The Office of Accountability and Transparency, or ``OAT'' team, was intended to provide assistance and training to Iraq's anti-corruption agencies. It was dismantled last December, after it alleged in a draft report leaked to the media that al-Maliki's office had derailed or prevented investigations into Shiite-controlled agencies.

The draft report sparked hearings in Congress and prompted a showdown between Democrats and senior State Department officials on whether the public has a right to know the extent to which al-Maliki was involved in corruption cases.

Brennan charges the State Department never responded to his team's report, which was retroactively classified because agency officials said it could hurt bilateral relations with Iraq. Other recommendations by the group also were kept secret, including a negative assessment of Iraq's Joint Anti-Corruption Committee, Brennan said.

In July 2007, the OAT team concluded that the committee's only purpose was to provide a forum for complaints against Judge Radhi Hamza al-Radhi, a top anti-corruption official in Baghdad whom many U.S. officials have hailed as the most effective in exposing fraud and abuse.

But information later released by the embassy ignored the team's assessment and ultimately ``failed to even mention what a disaster'' the committee ``really was,'' Brennan said.

Brennan said he approved the embassy report against his better judgment but later regretted it.

Mattil, who worked with Brennan, made similar allegations. Specifically, he said the U.S. ``remained silent in the face of an unrelenting campaign'' by senior Iraqi officials to subvert Baghdad's Commission on Public Integrity, which had been led by al-Radhi. Then, the U.S. turned its back on Iraqis who fled to the United States after being threatened for pursuing anti-corruption cases, he said.

``Since we have done so little (to undercut corruption), it's easy to see why the government of Iraq has not done more,'' said Mattil, who left the accountability office last October after having served for a year as its chief of staff. ``We have demanded no better.''

Brennan was appointed as OAT director last summer and arrived in Baghdad in July. He left only a few weeks later after his wife was diagnosed with cancer. He stepped down from his position in August.

The State Department did not immediately provide comment. Iraqi government officials could not be reached.

Sen. Byron Dorgan, head of the Democratic Policy Committee, said the latest testimony is disheartening in light of al-Radhi's previous estimate that corruption had cost Iraq - and U.S. taxpayers - some $18 billion.

``One would have expected that our own government would have been doing everything it could to support'' Iraq's anti-corruption efforts, said Dorgan, D-N.D.

But ``that was simply not the case. On the contrary, our own government contributed to the culture of corruption,'' he added.
Click to expand...

What??? Lies and corruption from the Bush administration??? I don't believe this blasphemy! :angrydude:

so when are they going to tell us something new? 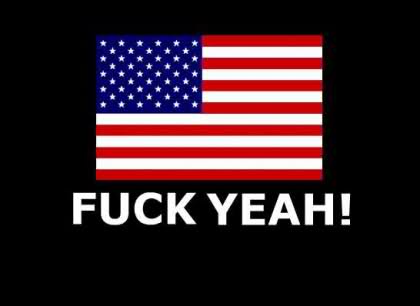