Former Knicks forward Charles Oakley was arrested in Las Vegas and charged with committing a fraudulent act while gambling.

Former New York Knicks big man Charles Oakley was arrested in Las Vegas on Sunday for committing -- or attempting to commit -- a fraudulent act in a gaming establishment, the Nevada Gaming Control Board said in a statement provided to ESPN on Thursday.


Oakley was arrested by Nevada Gaming Control Board Enforcement Agents at the Cosmopolitan of Las Vegas. He was suspected of adding to or reducing his wager on a gambling game after the outcome was known, according to the board. 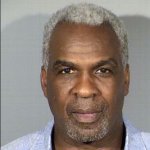 Further details were not made available, but TMZ reported that Oakley pulled back a $100 chip after he realized he was going to lose his wager.


Oakley was booked into the Clark County Detention Center without incident, the board said.


The violation is considered a Class B felony. If convicted of a first offense, the violator is subject to a sentence of 1-6 years in a state prison and a fine of no more than $10,000.

Click here to view the full article.
Last edited by a moderator: Jul 12, 2018