Rochester's Danny Padilla has been elected to the International Federation of Bodybuilding and Fitness Hall of Fame.


The 5-foot-2 ½-inch Edison Tech graduate was called "The Giant Killer" because he defied the odds and defeated taller elite bodybuilders of his era.

He was the first short man to win a major title.

Padilla once said, "I destroyed the myth that a short guy can't win."

The new IFBB Hall of Fame class will be formally unveiled in the January 2009 issue of Flex magazine.

To qualify for the honor, a candidate must have made "a major and lasting contribution bodybuilding and fitness."
Click to expand... 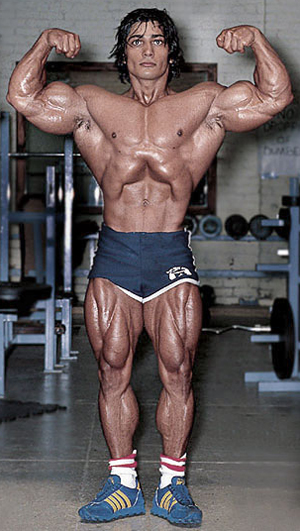 Guys sick!!! Good for him... glad he got recognized.

That is by far my favorite bodybuilding picture of all time.

^ Id have to agree with you

^^ Just because you can't hit that pose with a HUGE stomach.

Back on topic: Padilla's overall package was great.