ALBANY-- The cops in the marked patrol car had circled through West Hill a couple times keeping an eye on their female target.

They were part of the Street Drug Unit, an aggressive squad assigned to help rid Albany's neighborhoods of drug dealers and addicts blamed for much of the city's problems.

It was early evening and already dark when the patrol car's emergency lights flashed in the rearview mirror of Lisa Shutter's Mitsubishi sedan on Quail Street, just off Central Avenue.

Police records show the officers called out a "Signal 38" to alert a dispatcher they were onto something suspicious and about to pull someone over. They would later write in a report that they had pulled her over for "failure to signal," although no ticket was issued, according to police records shared with the Times Union.

The actions of police in the minutes that followed would end in controversy rather than with an arrest. They would also leave Shutter, a 28-year-old single mother from Ravena, shaken and angry after one of the officers allegedly inserted his finger into Shutter's vagina on a public street during an apparent search for drugs.

When it was over, "I pulled off down the road and I just cried for probably a half hour," Shutter said. "I called my dad. ... I felt like I had been basically raped."

The incident has triggered an ongoing internal affairs investigation by the Albany Police Department.

But the handling of that investigation has raised questions about whether the department has sought to cover up the incident. Shutter claims Burris Beattie, a commander in internal affairs, dissuaded her from reporting the incident to a civilian police oversight board.

The board, which was formed in 2001 in response to community concerns about the handling of internal police investigations, is empowered to monitor cases involving claims of brutality and civil rights violations against any officer.

"He said they (internal affairs) would do a better job," Shutter said, recounting her conversation with Beattie. "He said they would like to keep it 'internal' ... that that's how they like to handle things."

Jason S. Allen, acting chairman of Albany's Citizens' Police Review Board, did not respond to a request for comment about whether all civilian complaints against officers are forwarded to the board. Instead, someone from the review board, which maintains an office at Albany Law School, contacted the department two weeks ago and alerted them that a Times Union reporter was asking questions about their policies, according to a police department source.

One of the officers at the scene, Matthew Fargione, is the son of a former Albany police narcotics lieutenant, Thomas Fargione, who is a longtime friend of Chief James W. Tuffey. Fargione headed the drug unit for years when Tuffey was a narcotics detective in the 1980s and early 1990s, and the two men also worked together for the State Emergency Management Office.

Tuffey said friendships do not influence his decision-making in instances where an officer may face discipline.

The other officer was Nick Abrams, according to records shared with the Times Union.

Shutter said internal affairs detectives told her that an officer involved in the incident had been suspended, but they wouldn't say why and declined to identify any of the officers by name, or to have her look at their photographs. Neither Fargione nor Abrams has been suspended, sources said.

A member of the Citizens' Police Review Board, who spoke on condition of anonymity because only the chairman is authorized to make public statements, said some members of the board have privately suspected that the department may be hiding cases of police misconduct.

In other instances, the internal affairs reports are so poorly organized and investigated the board has had trouble reaching decisions and often sends them back for more investigation. The board is supposed to appoint a monitor for complaints involving civil rights violations or allegations of excessive force.

"Whether the letter of the law says that this should be the process, the intent and spirit of the law mandates that, especially in cases of civil rights violations, they be submitted to us for review," the board member said. "If not this, what do we review? ... The fact they would dissuade someone from reporting an incident and say they would do the investigation better completely defeats the purpose of why we were created."

Shutter said she grew increasingly unnerved by her experience with internal affairs -- which is known as the Office of Professional Standards -- because male detectives twice requested she wear clothes from the night of the incident to re-enact the body search.

Tuffey declined to comment on a list of written questions submitted by the Times Union last week, including why internal affairs officials didn't assign a female detective on Shutter's case.

"I hold our officers to the highest standards and I expect a complete and thorough investigation, but at this time, since there is an ongoing internal investigation, it would be inappropriate for me to comment."

Neither officer involved in the incident has been interviewed by internal affairs, according to departmental sources.

Shutter met once with internal affairs detectives. They refused to give her a copy of a signed statement she made recounting the incident, she said.

"I told them I would take a polygraph, but they told me that wasn't necessary," Shutter said.

The incident unfolded just after 7 p.m. on Dec. 22. Shutter said she'd just finished some last-minute holiday shopping and became confused as she drove through West Hill looking for a friend she'd agreed to pick up that night.

Shutter was behind the wheel of a friend's rented car, and said she saw the police car drive past her twice before the stop.

The officer at her window grilled her about drug use and hidden crack pipes, she said.

"You fit the profile," the officer said, according to Shutter. "You're a white girl in a rental car."

She told the officer she had no drugs and offered to take a Breathalyzer test, but he declined to give one, she said.

The officer then allegedly reached through her window and plucked Shutter's cellphone from her lap.

He scrolled through the personal information in her phone, she said, asking questions about "private calls" and someone named "Mandie," whose name appeared on her contacts' list.

Mandie Buxton, 28, who is Shutter's friend since childhood, was at home when her cellphone rang that night. The man calling identified himself as an Albany police officer and asked whether Shutter was supposed to be picking Buxton up that night.

Before it was over, Shutter was ordered to stand outside her vehicle with her hands on the trunk. One officer searched her body while a second scoured the inside of the car. They also dumped the contents of her purse and asked whether she'd spent her money on crack because her wallet was empty.

Shutter said she never consented to a search of her vehicle, her telephone or her body. She said she pleaded with the officer who allegedly slid his hand down the back of her jeans, and inside her underwear, to stop.

"I kept saying over and over ... 'If you have to search me, can you bring me to the precinct?' " Shutter said.

A female officer was called to the scene and informed Shutter she was there to search her body, Shutter said. The female officer patted her down, lifted Shutter's sweater and felt along her bra strap, and made Shutter open her mouth and lift her tongue. No reason was given.

The police found no drugs or other evidence of criminal wrongdoing before allowing Shutter back in her car.

"He said 'you're lucky' ... and that I better not drive around there again," Shutter said.

Shutter's mother, Sherry, characterized her daughter's encounter with police as a "life-changing nightmare at the hands of an Albany police officer."

"Our daughter did not deserve to be so grossly violated and I want the officers to comprehend and be held accountable for violating our child," she said. "I just keep telling her that 'you did not deserve this.' "

If that is what happened it's a fucking disgrace.

There are procedures and protocol for that and it wouldn't be done on the streets.

There are reasons for doing internal searches but (at least over here) the intimate searches are to be done by doctors, in a custody doctors room not on the streets.

Besides it looks like there certainly weren't the grounds to warrant what is basically a flagrant act of misconduct.

So a female officer patted her down? nice nice

Line said:
So a female officer patted her down? nice nice
Click to expand...

Rocky's nailed it on the head. A vauge description does not amount to probable cause, and as such permission would have been needed for a search of the vehicle itself (a search of the woman would be out of the question unless objects were found in the car). The two officers likely spun something to the female cop in order for her to show up, so those two morons are definitely at fault here.

Normally, IA would rape officers on this. New York (as a state; matter of local identity

) has a bad reputation for looking the other way on matters such as these, so it's entirely possible that nothing will happen. 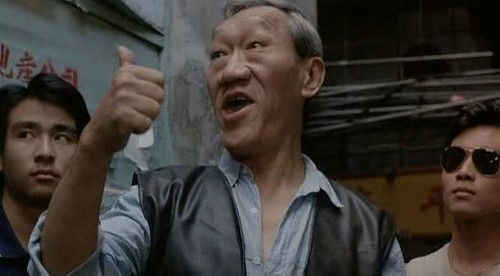 Rocky said:
If that is what happened it's a fucking disgrace.

There are procedures and protocol for that and it wouldn't be done on the streets.

There are reasons for doing internal searches but (at least over here) the intimate searches are to be done by doctors, in a custody doctors room not on the streets.

Besides it looks like there certainly weren't the grounds to warrant what is basically a flagrant act of misconduct.
Click to expand...

This is what makes me lose faith in humanity. You give somebody power and they feel empowered to do what they want with it. Poor woman, I really hope she can get over this.

Perfect example of why cops are assholes!

power said:
Perfect example of why cops are assholes!
Click to expand...

perfect example of an ignorant statement

Rocky does it all the time.

Robcardu said:
Rocky does it all the time.
Click to expand...

But he does that to man mostly... and animals.

NeoSoviet said:
But he does that to man mostly... and animals.
Click to expand...