Pomona bodybuilder, Rusty Sayed is off to compete in Brazil

Pomona bodybuilder is off to compete in Brazil! 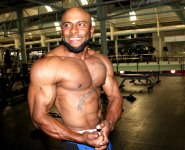 POMONA’s award-winning bodybuilder who does it just for the love of it took the EXPRESS to a two-hour session with him to see how amazingly the human body can transform after some warm-up and weightlifting.


Rusty Sayed is popularly known in Kempton Park as a man who is good with his hands, loves fixing and styling vehicles and picking up some metal at the Glen Marais Virgin Active. And he has trained himself and turned his body into a lean but very mean jaw-dropping machine. 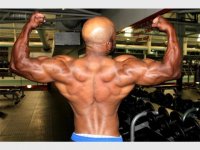 Most people often see him walk by, minding his own business, but they are surprised when they see how his body easily transforms into a young bodybuilder’s dream.


Today Rusty is preparing to compete in Rio, Brazil, at the WFF World Champion Brazi-Rio bodybuilding championship, after coming second place in Pretoria during the Pretoria Classic mens’ performance on May 13.

He is set to represent South Africa at the competition between June 24 and 25 and, although he has not been bodybuilding for an income, he would appreciate any sponsorship and support from locals.


Rusty has also become popular among his peers as a local bodybuilder who is always one of the winners in competitions. “I have always loved keeping fit. I think I started to gym roughly 23 years ago, but I only fell in love with bodybuilding in 2014. The following year (2015) I entered a competition that was called NABBA Pretoria Classic – Men’s “Later that year I came second place in another competition in Durban. I remember I was featured in the magazine, Muscle Evolution twice that year, in June and in September. It was just amazing to win against people who had been bodybuilding for years and years, with some of them doing it professionally as a way of making a living,” he explained.

Rusty explained that, in 2016, he took a break from competitions and focused on other personal matters but did not stop building his body.


This year he returned to competitions and wowed people when he came second place at the Gold Reef City Nutrition PRO Lite for men over 40, third place at the IFBB for men over 40 (without even preparing) and finally second place in the Pretoria Classic men's’ performance – where he qualified to go and compete internationally in Brazil.Novest and I won first place out of 25 bodybuilders. That moment inspired me to want this thing even more.

“I am not going to lie. This takes a lot of discipline. For me 70 per cent of bodybuilding is what I eat and 30 per cent is what I do at the gym. Truth be told, I would not be here or even survive if it weren’t for my wife. She helps me cook my meals, as it is too much work since everything I eat is weighed. I don’t just eat. This way I am able to maintain my mass between 70kg and 72kg and drop to between 65kg and 68kg when I compete. Can you believe all these years I have successfully maintained my waist between size 30 and 32 and my body fat at 2.5 percent,” he said.


The family man and businessman spends most of his time outside the gym nurturing his love for his wife, two daughters, and son and indulging in his other love for collecting, styling and selling vehicles.

“I started going to the gym just to keep fit but in 2014 I fell in love with bodybuilding,” says Rusty.


“I want to thank a man by the name of Jaco De Bruyn, who is a professional bodybuilding model, for being my inspiration. He offered me some tips and I too always advise other aspiring bodybuilders,” Rusty concluded.


Rusty stays on a plot where he does most of his work on vehicles. He enjoys seeing how good he is at working with his hands. He welcomes any organizations, company or individuals wishing to sponsor him on this journey to fly the South African flag in Brazil this June to call or WhatsApp him on 082 256 2839. 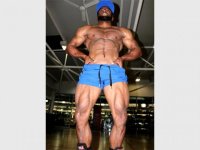 Dang!!! Thanks for the read Kai
R

I think that this would be one of the best parts of this kind of lifestyle. It seems that they do get to go to some great destinations as they compete, although Brazil is always one that you hear so maybe they are tired of it a bit.
Similar threads