Shawn Rhoden: From A Skinny Lad To Body Building’s Hall Of Fame 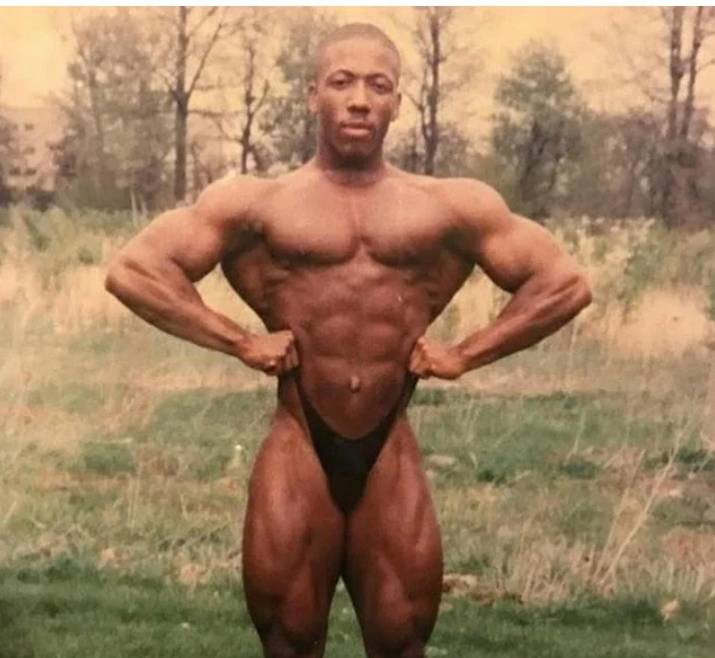 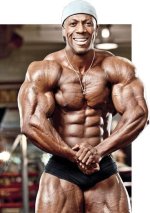 The inspiring story of Shawn Rhoden who rose from humble beginnings, through thick and thin, to super stardom in one of the strongest careers in the world is one that particularly sparks of mention.

Shawn's story further lends credence to the maxim that “everything that is great once started small.” Or how else could you describe the story of a Jamaican shy teenager who rose against all odds, no matter how daunting they appeared, and rose to super stardom in an uncommon field such as Body building?
Rather than give you what you can already get anywhere online about Shawn, as typical of musclemecca, we go into the unseen and unheard, so you get to meet your true stars in a more lively way, just like you’ve always wanted to know them.

First, the basics:
Born April 2, 1975 in native Jamaica, Shawn ‘Flexatron’ Rhoden (yes, Flexatron is his middle name and also doubles as the stage name), began bodybuilding in 1992. He moved to the United States in 1990, received his citizenship, apparently due to the urge to compete on a more challenging terrain. Back at home in Jamaica, Flexatron, though an amateur, thought the Jamaican Nationals would not have been much of a harder nut to crack.
In 1992, Shawn met with former Mr. Universe, Yohhnie Shambouger who tutored him in the tedious sessions of sculpture and muscle building peculiar to body builders. This was soon later to pay off, as Shawn acquired a 155lb frame and later turning it into 260 lbs (off-season) of firm muscle.
Still an amateur, young Shawn encountered set-backs which almost ended his career, before it ever started. In 1993, while in training, Shawn lost grip of his right hand; nine tendons got cut in the process and the doctor’s verdict was damning: he may not be able to do anything with the hand, and that included writing, let alone lifting weights. In fact, he could suffer permanent hand damage if he carried weights with it.
As one never to say never, Shawn mustered enough courage, went through his tenacious training sessions.
He went ahead to win the National Eastern Classic the following year in New Jersey.
1996 presented a similar fate for up-and-coming Shawn. With a mere body weight of 205lbs, he was struggling with a 500lb weight lift.
The result? His back paid dearly for it and he had to bid his adorable career, albeit temporary, goodbye.
Happy New Year, 1997 and he was back on his lifts after such a long time away from what he loved. Intense training began in earnest for determined Rhoden and four months later, he went ahead to place the 2nd position in the Mid Atlantic Natural Bodybuilding Championship in New Jersey, capping it up with the show’s best poser award; not bad for someone who has been laid off for over a year! Everything seemed to be working well for Shawn.

Fast forward to 2002.
It was an excited Shawn preparing for his Nationals when he received the news of his father’s dying state. Lloyd Rhoden was down with lung cancer.
It was a busy retinue of back and forth for his son to the doctor for his chemotherapy medications. Indeed, it was a painful long year for the young Rhoden and Lloyd’s death at 57 was all Shawn needed to lose enthusiasm for everything, even body building!
It wasn’t really that his love for the body game grew wings and flew out the window; rather, Shawn has grown up to cherish and adore his father, in fact he was more than shocked to lose him at the time, “I also wanted to take over my dad’s business to keep striving and make sure that all of his hard work didn’t go to waste. Going to the gym was the last thing on my mind”, Shawn would later say.
One of his son’s biggest fans, Lloyd was always there in the crowd, cheering Shawn up at the front row in all of his shows. Thus, one thing was certain: Lloyd won’t be exactly happy with his son, if he discovered that his demise was all his son could present as an excuse for jettisoning his age-long dream.
Shawn’s come-back eventually came to light when he had a night-out with his cousin at a local bodybuilding show. Most of the contestants weren’t strange to Shawn, and he realized nothing much has changed with their body structure as compared to himself!
In other words, Shawn couldn’t see anything so drastic a change in these guys seven years down the line.
Hey Shawn, we’ll forgive you for the oversight; since we understand that it’s your passion that drives you.
Not even the money, most times.
He had a dollar bet with his cousin with a boast to beat them all to it, and our dear Shawn was back in the game, for good.
The drive notwithstanding, Flexatron knew he was in for something extraordinary and had to regain his firmness with short but intense workout sessions, taking only little breaks in-between with emphasis on supersets, drop-sets; perfection and constant muscular tension.
FlexOnline.com
North Americans were in for a breath-taking show when Flexatron announced his come-back in 2009, clinching the Overall prize after winning the Heavyweight title, thus winning him into the highly-coveted IFFB Pro. Things got more competitive in 2011 and Shawn was handed his butt by 15 other guys at the Europa Supershow as a pro. Undaunted, he rose to the threat and claimed the juicy 3rd position the following year at the same show! Welcome to Olympia. This feat earned Flexantro a place at the Olympia that same year. He dieted and trained to his tops, and went to place 11th after competing with the best body builders in the world.
Shawn with his coach Dave Callick, figured out he needed to work more on his upper chest after the 2011 Mr. Olympia, hence his love for multi-angled flyers, flat barbell, pullovers, incline dumbbell and barbell. If anything, these help to pump more blood into the chest.
In 2012, after clinching the 8th position at the Arnold Classic, Shawn went under the surgeon’s knife for hernia, and came out to compete in 8 other competitions.
Within the space of August and October, Shawn Rhoden competed in 5 competitions. He placed 1st position in 4; Tampa Pro, Dallas Pro, Arnold Classic Europe and British Grand Prix.
He placed 3rd at the Mr. Olympia outing in September.
Flextron got his first lucrative sponsorship deal with QNT USA, and also a proud athlete of Weider/AMI and Shiek Sports. Only recently, inked on the dotted lines with Ronnie Coleman Signature Series, as the first athlete for Ronnie’s supplement company.
Now that he’s back in the game, will there be anything to get him off track after his father’s death? Shawn has this to say: “To be honest, ever since my dad passed, I treat every holiday just like any other day. When I decided to come back to competing, I told myself that it would be a full-time job.” This explains why Flexantro was on the treadmill in the gym, while you were out there partying on New Year’s Eve.
Despite the way large supplement companies have been jostling for Flexantro’s hand to appear on their brands, Shawn believes he has not reached his maxima and he’s currently working out to clinch the most coveted prize in world body building – the Mr. Olympia title.
“I can be great at this sport only if I give it everything. To succeed in life, you  have to make huge sacrifices,” on what it takes to be one of the current reigning top bodybuilders in the world.

Shawn Rhoden stands at 5ft 10in and lives in Germantown, Maryland in the US.
What It Takes: Behind the scenes photoshoot with Shawn Rhoden