Ok bodybuilders.. try snorting a little chocolate before you pump! 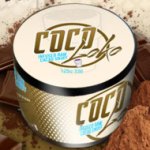 Get Ready: Someone Has Invented Snortable Chocolate
By Clint Rainey


Say hello to Palcohol’s new hardcore cousin, Coco Loko — a cocoa powder you snort like cocaine that’s unlikely to be approved by the FDA for the foreseeable future. It’s the doing of a dietary-supplements company called Legal Lean, which is also the name of the first product they created: a “100% Legal” version of “lean,” a recreational drug made from prescription-strength cough syrup. (“Just pour up a deuce!” its marketing materials encourage.)


Creator Nick Anderson says the idea came to him after discovering a “chocolate-snorting trend” that’s popular in Europe right now. “At first, I was like, ‘Is this a hoax?’” he tells the Washington Post. “And then I tried it and it was like, okay, this is the future right here.” Coco Loko tins cost $24.99 and come with ten servings. The name, of course, is a fairly bald attempt to entice fans of the OG Four Loko, a.k.a. the “blackout in a can” version. Anderson explains that it took him several months of sniffing various mixes that either “didn’t have enough stimulants” or “just burned too much” before finally settling on the current set of ingredients — raw cacao powder, ginkgo biloba, taurine, and guarana.


Supposedly, the result is a Red Bull–like endorphin rush that lasts 30 minutes to an hour without the side effects of a sugar crash. Though doctors admit they haven’t done tests on Coco Loko’s effects yet, because “snortable chocolate” wasn’t really something on the medical community’s radar. However, one ENT doctor warns that there are “a few obvious concerns.” First off, it’s “not clear” how much chocolate the nose’s mucus membranes can even absorb. Also, Coco Loko might “create a paste that could block your sinuses,” which sounds uncomfortable while it’s in there and disgusting once it comes out.


The Post says a few smoke shops and liquor stores have started “cautiously” stocking the product, and it’s already available as well on Amazon, where it currently hovers around a 1.5-star rating and has one review that advises: “Does nothing. Sniff cocoa powder instead.”

Our face compose of eyes, nose, ears, and a mouth. Our eyes make us see our surroundings, nose is for smelling, ears for hearing and lastly but not the least, mouth is for eating edible things. Our nose is not meant to consume food so use our body parts appropriately because misusing it might cause undesirable consequences.
Similar threads