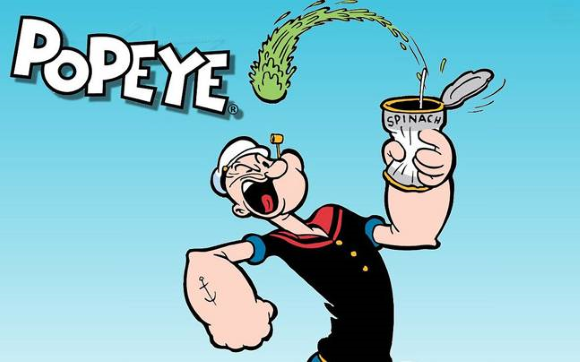 German researcher has been working for years to get ecdysterone on the WADA Prohibited Substance List.
Maria Parr, a German researcher at the Berlin University Institute of Pharmacy, has been urging the World Anti-Doping Agency (WADA) to ban the steroidal chemical known as ecdysterone for several years. Parr has maintained that ecydsterone is a powerful performance-enhancing drug (PED).
Ecdysterone belongs to a class of naturally-occurring drugs known as phytoecdysteroids. Some types of plants produce the chemical as a defense against plant-eating insects.

Ecdysterone is an old dietary supplement that bodybuilders have largely abandoned.

Ecdysterone was heavily marketed to bodybuilders during the 1970s and 1980s as a naturally-occurring steroid capable of increasing muscle mass.
Ecdysterone is present in small amounts in spinach. However, bodybuilders would have to consume up to 4 kilograms (8.8 pounds) of spinach per day to consume the equivalent amount of ecdysterone found in a single capsule typically sold as a dietary supplement.
Most bodybuilders found ecdysterone and other phytosteroids to be a worthless scam promoted by unscrupulous supplement hucksters. There was no scientific evidence to support the muscle-building claims and even the anecdotal evidence was sorely lacking.
Parr was not to be deterred in her efforts to get ecdysterone added to the WADA list. She first raised the issue after her publication of study involving ecdysterone and rats in 2015. Parr found that ecdysterone was more powerful than Dianabol (metandienone) and Trenbolox (estradienedione) at increasing the size of rat soleus muscles.
Most athletes and bodybuilders laughed at the suggestion that a similar effect would be seen in humans. Parr remained determined. She decided to set up a human research study to evaluate the effects of ecdysterone on muscle mass and performance in humans. The results of the human study were published this year in the “Archives of Toxicology” on May 23, 2019.
The human study found that young men who consumed ecdysterone supplement were able to gain signficantly more muscle mass when compared to placebo and control subjects during a 10-week weight training program. In addition, the ecdysterone consuming group gained significantly more strength in the one-repetition bench press performance.

“We recommended to WADA in our report that the substance be added to the doping list,” Parr wrote. “We think that if it increases performance, then that unfair advantage should be eliminated.”

Previously published human trials involving ecdysterone have failed to find such an effect. Nonetheless, Parr hopes her study will be enough to make ecdysterone a banned substance.
Ecdysterone is widely considered a useless supplement among bodybuilders and athletes. And practically no one is using it. It seems pointless to add it to the WADA Prohibited Substance List.
But maybe Parr’s study will get bodybuilders excited about wasting their money on ecdysterone supplements again? At the very least, it will result in a lot of jokes about Popeye and spinach!

This is funny. I guess there was more to the Popeye stuff than imagined!

Anyway, I suppose this will now put the t-boosting business in hard times! I mean, why do we need that, when spinach had enough?