Just curious what steroid do you think is the best for athletes playing football where maintaining speed is always important.

Dunno what they use but the basics always seems to work, Test or deca.

i'm pretty sure meriman was caught for deca. that's what espn reported. i cant believe the NFL hasnt been busted like MLB. those men are freaking machines and with the pounding they take they got to be using....

20inchgunstucson said:
those men are freaking machines and with the pounding they take they got to be using....
Click to expand... 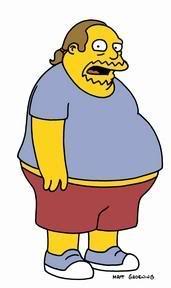 comic book guy, i'll have to watch how i word things huh

I believe the NFL hasnt got the same problems the MLB has just because of the stricter testing system. They test players every week so its a lot easier to get caught in the NFL and I think because of that some guys avoid it.

I remember when Merriman came back from the steroid suspension he got put on his back by 5'8" Maurice Jones Drew, who is also a beast

they dont fuck with the NFL.

M
Talk to doctor about use of steroids?

What are the dangers of taking steroids?