The Bible and Science

I wrote this on the philosophy board I post on. The last religious debate took place in this section, so that's why I put it here. If one of teh mods wants to move it, though, be my guest

A lot of people, both religious and non-religious, think that most of modern, 'main-stream' science contradicts the Bible. I put the 'main-stream' in quotes because this is a word trick, probably developed by the Christian right, to give a negative connotation to a field that is often populated by atheists or at least those who are corroborating a story that doesn't fit with what the Bible says. If we look, though, the contradictions don't have to be there.

-There was a global flood
-There was no great worldwide deluge

Let's look at the first pair of contradictions. This one is easy. The universe appears, from a 'main-stream' science point of view, to be much much older than 6000 years. One of the great 'problems' 'Christian science' has with their own theory is developing a model that accounts for the transmission of light from distant starts to earth in that little amount of time. Are they serious? The're talking about the creation of the UNIVERSE by an ALL-POWERFUL being! If the universe is only 6000 years old, their God could've either sped up the speed of light for a day or simply made hundred million light-year long light waves attached to the stars at the same time he made the stars themselves. What we do know are the current properties of the universe and that the stars look like they're that far away, so it makes sense to think of them as being older than 6000 years. But that doesn't mean that they weren't created 6000 years ago. Problem solved.

Next we have the flood story. This comes down to whom you believe, the 'main-stream' scientists or the 'Christian scientists'. I think the 'main-streamers' have been as objective as possible throughout history, whether religious or non-religious. There's no hidden agenda for most of the broad, broad field of science to squash Christianity. However, the 'Christian scientists' do have an agenda: to prove their beliefs. Most of their field didn't stumble upon data and derive an explanation, they stumbled upon an explanation and derived data. Don't get me wrong, I'm all for thinking about things in new ways, but theories that make the earth only a few thousand years old (in appearance, not in actuality) and allow for a worldwide flood that covered mountains fly in the face of what science has basically proved over thousands of years. If the 'main stream' theories on the age of the earth and the lack of a flood were unfounded, like the cosmic ether theory, that would be another story. But there's a lot more data against the global flood than there was for the ether, so there's little room to make an Einsteinian scientific revolution argument here.

Again, this doesn't mean that there wasn't a flood. God could have made the flood and then erased all traces of it ever happening. Also, there's plenty of evidence that there were fantastically large floods in ancient times. So when the Bible says that the flood covered the whole world, maybe the 'Christian scientists' should reinterpret what the 'whole world' means. The whole known world? A specific place? We all know Hebrew is a complex language with words that have multiple meanings, and most agree that at least some of the Bible shouldn't be taken literally. Otherwise we should have a bunch of blind, handless, footless 'Christian scientists' carrying on their work by dictation!

And now we get to the last pair: evolution. The same logic that lets the earth be both 6000 years old and appear to be much older fits here. An all-powerful God could easily put all the animals on earth and also put a record of what their evolution would have been if it had occured. Why try to sever humans from apes? Does evolution seem too dirty to the 'Christian scientist'? Why try to put dinosaurs on earth at the same time as man? 'Main-stream' science, and I would think most dinosaur paleontologists only have an agenda to learn, not to attack the Bible, says that dinosaurs are separated from man by about 65 million years. And they have good reason to believe that based on data, not some preconcieved wish that the dinosaurs were dead for a long time because they've been afraid of dinosaurs since they were six.

People can believe what they want to believe, but don't they shouldn't try to reinvent science to fit their beliefs; it's unnecessary. The universe could easily be both 6000 years old and appear to be much older. The Flood could have happened, just not on the scale the Bible says, or if it did happen exactly as the Bible says the evidence was erased. Man could appear to have evolved from a single cell, and also have been created as is.

Can we stop fighting now? Christians, leave science alone. Scientists, leave Christianity alone. Both of you, point out when the other isn't being objective.

Stop fighting or so help me I will turn this car around and we won't go to (everlasting life/existential happiness). 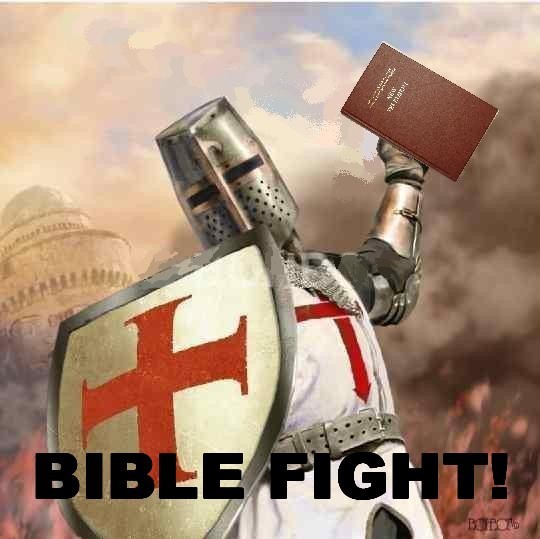 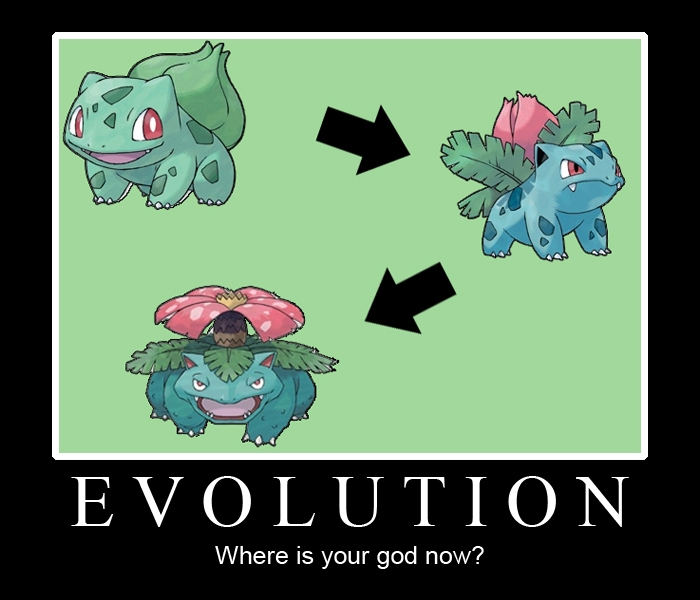 With a title like "The Bible and Science" I was expecting some pretty ridiculous things to be in this thread.....

However, I was please to see a coherent, interesting post by Glex. Score one for intelligent discussion.

Freak: I can only hope

I edited something into the original post that I was thinking about on the way to the gym; the Flood could have happened and then God could have erased all traces of its existence.

great thread glex!... now all we need is bigben in here to make it interesting

^^ lolz. And Serb...but honestly, the hope is that things won't get interesting; this is meant to be a common ground between science and religion.

hehehe ahh well... the thought was there

Tech has the best pics ever!!