The early years of female bodybuilding

This is a great bodybuilding article on the beginning years of female bodybuilding. It wasn't always like it is today. 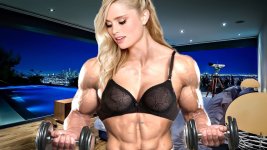 Although McLish was no longer competing in 1983, the sport found yet another impressive competitor in Carla Dunlap. Dunlap's impressive physical stature raised the bar in training and development for female bodybuilders. Without doubt, Dunlap had more muscle mass than even McLish or Elomaa. The next year saw Cory Everson step into the limelight as she won the NPC Nationals plus, became the 1984 winner of the Ms. Olympia contest. Proving to be a mainstay in female bodybuilding, Everson went on to win six Ms. Olympia competitions in a row.

Laura Combes, Rachel McLish, Kike Elomaa, Carla Dunlap and Cory Everson were the early pioneers of female bodybuilding. These women should be heralded as the inspiration and continued development of the sport. Each helped toke the sport to a new high. While Combes and McLish popularized it, Dunlap and Everson introduced new levels of training and physical development for female bodybuilders. 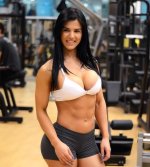