Top bodybuilder vows to cause upset 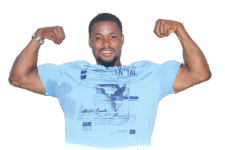 Ghanaian bodybuilding sensation, Thomas Tusore, says he is focused on beating top seed, Philip Ricardo Jr, to win the title at this year's INBA/PNBA World Championship slated for May 31 to June 2 in Italy.


Tusore noted that he was keen on becoming a world champion and build upon his career in the near future but admitted that Ricardo Jr was better than him when he met him in Budapest, Hungary, last year.


He revealed that he will be competing as a professional for the first time in the competition, having won the International Natural Bodybuilding Association (INBA) competition in Budapest last year.


In an interview with the Graphic Sports, Tusore, who is due to leave Ghana on Sunday for the championship, said he was ready to challenge Ricardo Jr this time around.


"My target is to win the trophy to make Ghana proud and I am keen on beating the world champion at the competition to realise my dreams," Tusore said.


"I have to admit that Ricardo Jr was better than me when I met him in Budapest last year but I know I have worked hard to challenge him this time around," he added.


Being the only Ghanaian to participate at the competition, Tusore thanked the Chief Executive Officer of Japan Motors, Salem Kalmoni, Bodybuilder vows to beat for funding his trip, as well as his support in the past.