The first 2 pics - 4 years a go,and the most muscular made it 2 years a go

looking huge mate, any back pictures?

here is my back poses 1 on the eu elite 2006,1 on the hungaryan night of champions.I was the Overall champion.And ripped muscular

absolutely amazing man!! Impressive all around

Nice physique for sure!!what are ur future plans?
R

Incredible pics. What are your contest plans?
U

One of the competition-weekend called “Fitparádé”, which is known across Europe, is on for the seventh year this time. Different world federations keep their eyes on the professional work that makes this event developing. This was the reason why the leaders at the Dubai based WBPF decided that the overall winner of this competition wins qualification to the federations world championship. The generous invitation includes aside of the plane ticket full accommodation. According to this, in Hungary only the overall winner of the Louie Koncz Memorial Cup at the Hegyvidéki Fitparádé in October could get a qualification to the leader of the competitions. By winning this event, Zoltán Tóth had the chance to go to Dubai. To the competition arranged by WBPF, more than 140 male bodybuilder competitors from 69 countries were delegated. Luxurious organizing, incredibly strong midfield attributed the competition. The highest level of protocol took part by the United Arabian Emirates while the events were on going for five days. The weight categories started off from 55kg and the +100kg were the heaviest. Zoltán Tóth only decided at the scene that he will enter the -90kg category, so he spent the Friday in the sauna. It only turned out afterwards that he maneuvered himself into the toughest midfield.
Zoltán Tóth bodybuilder on the 7th of November in -90kg category have won world champion gold medal. He is the first Hungarian world champion at WBPF!
The medals were given out by Mr. Osama Ahmad Alshafar sheik who attended personally on every event at the championship. On the side of the gigantic cups 150.000 USD prize money were divided out. Zoltán Tóth aside of his gold medal received a huge statue and 5.000 USD money prize as well.
(On the picture with Zoltán there’s Dr. Axel Bauer vice-president of WBPF, the leader of the European section.)
The team of Fitparádé is very proud that Zoltán Tóth were delegated by their program to the championship, and that Tozó’s gold medal qualifies the level of the Fitparádé, and acknowledges the 7 years of professional work.

The fresh world champion emotionally made his statement in Dubai:
“I have closed an unbelievable year. I’ve won the New Zealand IFBB Elite Tour, by the overall winning at the Fitparádé I’ve won the qualification to Dubai and 2 weeks before the Mr. Universe competition in London. I took the leading prizes from three different federations. I’ve exactly assessed the option given by the world championship and I have done everything to get in my best shape to the finals. I have put everything together in my head, what, how will I do exactly. I have done my posing routine several times in my room. I have also prepared for the option of winning, how will I bear it and what will I do with the Hungarian flag, how will I stand during our national anthem without getting too emotional. This last one didn’t work out, because I was crying with the audience and the Hungarian team. It was a touching moment. I thought about my Mother, my darling Gabi, and everything I’ve done and suffered for it. That moment gave a lot. Unforgettable.”
For questions about the future Tozó answered the following: “I am going to rest for a little while and from the beginning of the new year we are about to get into my life’s most important project. With my girlfriend from than on, the preparations of the arrival of “Little Tozó” will begin. How will this lead to defending of the title? After 1 or 2 years off, certainly. Until than I concentrate the experience of winning qualification and world championship gold medal to prepare the students of our school.”

Pics about my contest's: 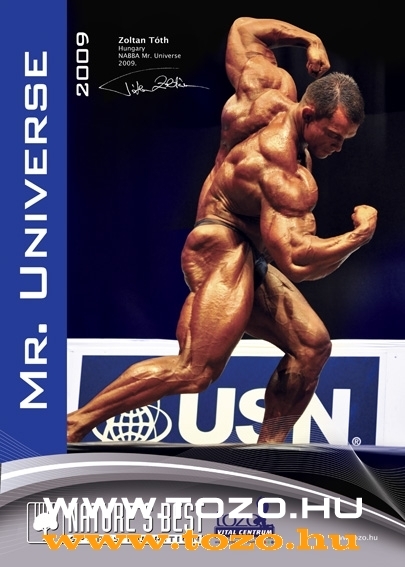