Senator Obama has a plan. He says that he is going to cut taxes for 95% of the taxpayers in the country. That's not exactly correct. What he is really talking about is income re-distribution. Around one third of all tax payers have a zero tax liability. Obama's

Obamas plan would eliminate income taxes for an additional 10 million taxpayers. What he is really proposing, therefore, is not tax relief but a bald transfer of cash - $1,000 per family, he pledges - from the wealthiest Americans to everyone else. In 1972, George McGovern advocated something similar - a $1,000 "demogrant" for every US citizen. Just last year, Hillary Clinton suggested that the government start off every new baby with a $5,000 savings account. Voters didn't take the bait when McGovern and Clinton offered it. Here's betting they won't take it now

One of Barack Obama's most potent campaign claims is that he'll cut taxes for no less than 95% of "working families." He's even promising to cut taxes enough that the government's tax share of GDP will be no more than 18.2% -- which is lower than it is today.

It's a clever pitch, because it lets him pose as a middle-class tax cutter while disguising that he's also proposing one of the largest tax increases ever on the other 5%. But how does he conjure this miracle, especially since more than a third of all Americans already pay no income taxes at all? There are several sleights of hand, but the most creative is to redefine the meaning of "tax cut."

For the Obama Democrats, a tax cut is no longer letting you keep more of what you earn. In their lexicon, a tax cut includes tens of billions of dollars in government handouts that are disguised by the phrase "tax credit." Mr. Obama is proposing to create or expand no fewer than seven such credits for individuals:

- An expansion of the earned-income tax credit that would allow single workers to receive as much as $555 a year, up from $175 now, and give these workers up to $1,110 if they are paying child support.

Here's the political catch. All but the clean car credit would be "refundable," which is Washington-speak for the fact that you can receive these checks even if you have no income-tax liability. In other words, they are an income transfer -- a federal check -- from taxpayers to nontaxpayers. Once upon a time we called this "welfare," or in George McGovern's 1972 campaign a "Demogrant." Mr. Obama's genius is to call it a tax cut.

The Tax Foundation estimates that under the Obama plan 63 million Americans, or 44% of all tax filers, would have no income tax liability and most of those would get a check from the IRS each year. The Heritage Foundation's Center for Data Analysis estimates that by 2011, under the Obama plan, an additional 10 million filers would pay zero taxes while cashing checks from the IRS.

The total annual expenditures on refundable "tax credits" would rise over the next 10 years by $647 billion to $1.054 trillion, according to the Tax Policy Center. This means that the tax-credit welfare state would soon cost four times actual cash welfare. By redefining such income payments as "tax credits," the Obama campaign also redefines them away as a tax share of GDP. Presto, the federal tax burden looks much smaller than it really is.

The political left defends "refundability" on grounds that these payments help to offset the payroll tax. And that was at least plausible when the only major refundable credit was the earned-income tax credit. Taken together, however, these tax credit payments would exceed payroll levies for most low-income workers.

It is also true that John McCain proposes a refundable tax credit -- his $5,000 to help individuals buy health insurance. We've written before that we prefer a tax deduction for individual health care, rather than a credit. But the big difference with Mr. Obama is that Mr. McCain's proposal replaces the tax subsidy for employer-sponsored health insurance that individuals don't now receive if they buy on their own. It merely changes the nature of the tax subsidy; it doesn't create a new one.

There's another catch: Because Mr. Obama's tax credits are phased out as incomes rise, they impose a huge "marginal" tax rate increase on low-income workers. The marginal tax rate refers to the rate on the next dollar of income earned. As the nearby chart illustrates, the marginal rate for millions of low- and middle-income workers would spike as they earn more income.

Some families with an income of $40,000 could lose up to 40 cents in vanishing credits for every additional dollar earned from working overtime or taking a new job. As public policy, this is contradictory. The tax credits are sold in the name of "making work pay," but in practice they can be a disincentive to working harder, especially if you're a lower-income couple getting raises of $1,000 or $2,000 a year. One mystery -- among many -- of the McCain campaign is why it has allowed Mr. Obama's 95% illusion to go unanswered. 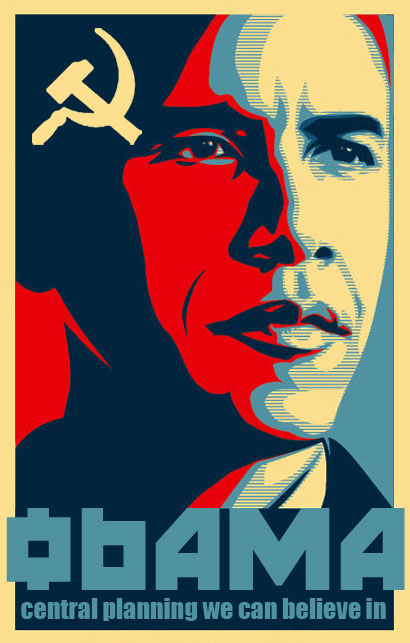