US launches missles at Somalia

The strike near Dhoobley, which is close to the Kenyan border, was aimed at a "facility where there were known terrorists" affiliated with East African al Qaeda operations, according to the official.

The U.S. military official said the United States is still collecting post-strike information and is not yet able to confirm any casualties.

He described Monday's strike as "very deliberate" and said forces tried to use caution to avoid hitting civilians.

Villagers have fled in fear of another strike, Dherre said.

"We woke up with a loud and big bang and when we came out we found our neighbor's house completely obliterated as if no house existed here," Fatuma Abdullahi, a resident of the town, told The Associated Press. "We are taking shelter under trees. Three planes were flying over our heads."

Clan elder Ahmed Nur Dalab told AP that said a senior Islamic official, Hassan Turki, was in town Sunday to mediate between his fighters and a militia loyal to the government. Turki's forces took over Dhoobley last week, AP reported.

Dherre told CNN he did not know of any Islamist extremists in the village.

The United States conducted similar strikes in southern Somalia in January 2007 against al Qaeda targets, hoping to kill some of the militants suspected in the 1998 attacks against the U.S. embassies in Kenya and Tanzania.

U.S. officials later confirmed they did not believe they achieved that goal.

The 2007 targets also included members of the Islamic Courts Union, who had recently been driven out of power in Somalia by Ethiopian-backed Somali troops.
advertisement

Washington accuses the Islamic movement of harboring fugitives from the al Qaeda terrorist network, including a suspect in the 1998 embassy bombings.

Somalia has been mired in chaos since 1991, when warlords overthrew dictator Mohamed Siad Barre and then turned on each other. 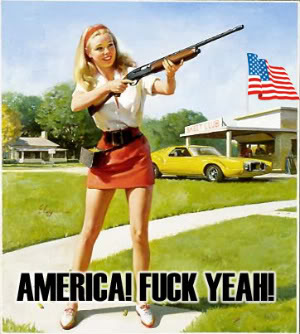 So these three woman and three children were worth it? I do not see the out come being any different than in 2007. Lets help these people by killing them