US Senate to investigate Patriot's "Spygate"

So let me get this straight.... the tapes that the CIA destroy of torturing prisoners barely get a mentioned, and now they decide to focus on this?

Sen. Arlen Specter (R-Pa.) wanted to hear the NFL's explanation for the purging of evidence in the infamous "Spygate" case involving the New England Patriots. He wrote commissioner Roger Goodell on Nov. 15. He got no response.

Specter, the top Republican on the Senate Judiciary Committee, wrote Goodell again more than a month later, after getting no acknowledgment to the initial communication.

Two days before the Super Bowl, there is plenty of response.

In a phone interview Thursday with The New York Times, Specter said the committee at some point will call on Goodell to discuss why the league destroyed the tapes that revealed the Patriots had been spying on the competition.

"That requires an explanation," Specter told The Times. "The NFL has a very preferred status in our country with their antitrust exemption. The American people are entitled to be sure about the integrity of the game. It's analogous to the CIA destruction of tapes, or any time you have records destroyed."

Goodell, in his previously scheduled news conference Friday from Phoenix, said, " I am more than willing to speak with the senator. There are very good explanations why the tapes were destroyed by our staff. There was no purpose for them."

Patriots coach Bill Belichick, at his Friday morning news conference, was asked about Specter and his demand for an NFL explanation on the tapes' demise. "It's a league matter," Belichick said. "I don't know anything about it."

An NFL spokesman told The Times that Specter's letters did not reach the league until late last week, and there was no mention of the letters on the occasions the two parties had communicated on other issues. Specter said his office had been told by the NFL that there would be no response until after Super Bowl XLII.

Spygate came to the forefront in September, when New York Jets security officials discovered a Patriots video assistant recording the Jets' defensive signals during the Sept. 9 game at Giants Stadium. The videocamera and tape were confiscated. Goodell also ordered the Patriots to turn over all videotape, notes and files involving taping of opponents' signals.

The Patriots got hit by the most severe penalty in NFL history -- coach Bill Belichick was fined $500,000, the team was fined $250,000 and also will lose a first-round pick in the draft in April.

Subsequently, the league said it had destroyed the tapes after looking at them. NFL spokesman Greg Aiello, in a September e-mail to ESPN.com, wrote that the reason for destroying them was "so that our clubs would know they no longer exist and cannot be used by anyone."

Specter said the explanation "absolutely makes no sense at all ... There's a credibility issue here."

Specter, a lifelong Philadelphia Eagles fan who still calls sports radio stations on Monday mornings, said he was concerned about the integrity of sports.

"I don't think you have to have a law broken to have a legitimate interest by the Congress on the integrity of the game ... What if there was something on the tapes we might want to be subpoenaed, for example? You can't destroy it. That would be obstruction of justice," Specter said to The Times.

There is no timetable for when the committee would call upon Goodell.

The possibility exists that Patriots employees or other NFL personnel would have to testify before the committee.

He was probably a Jets fan.

This is getting more absurd by the day.

It is just a GAME. Why is our government getting involved with games? I don't understand it. MLB, NFL and the rest should govern their selves and for the most part they do. Congress should butt outl

BEST COUNTRY IN THE WORLD! 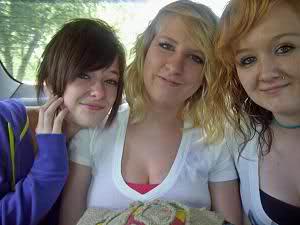