It’s that time again, time for our 7th Annual Real Women Awards. Voting for most awards is simple, click to vote for your choice on the below awards. Nominees are collected by myself and a selection of competitors and media.
Here are a couple of explanations on certain awards.
* For voters favorite and competitors favorite as well as our biggest award, Woman of the Year, votes may be sent to elway78@netzero.com If you have fought or competed, send the date of a fight or show you competed in.
*Teen competitor of the year is for those who have competed in the teen division.
*All awards are based on how you entered 2016. If you turned pro during the year, you count as amateur for these awards and pro results are not taken into consideration, except for the 2017 Is Their Year Award.
*People who did not compete or fight during the year can not win the write in awards as there are always some who get votes, those votes do not count.
*You do not have to vote in every award. You can vote in one of them or all of them.
*The aim is always for five nominees however due to how our nominees are collected, there are some instances where there are more than five
Click to expand... 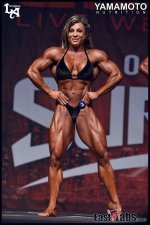