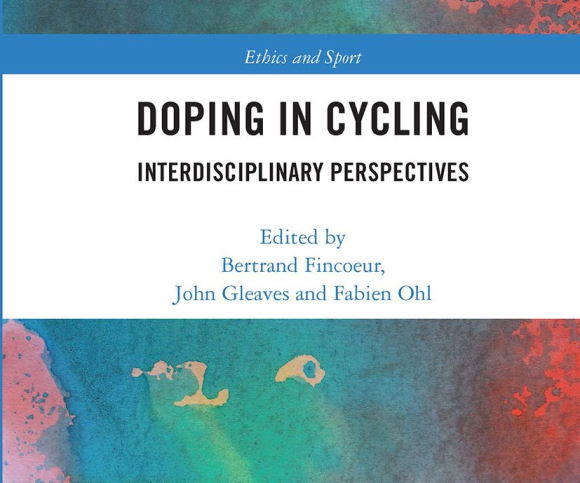 The fact that Dr. Gleaves was caught using performance-enhancing was particularly noteworthy since he was internationally recognized as an anti-doping advocate. Gleaves was a member of the World Anti-Doping Agency’s Working Group on Doping Prevalence. He also served on USA Cycling’s Anti-Doping Advisory Board.

Lance Armstrong hired Gleaves to work as an expert doping witness for his legal team in 2015. The experience apparently inspired Gleaves to become involved in competitive cycling himself.

Professor Gleaves experimented with anabolic steroids to improve his own cycling performance.
Gleaves joined the Velocity Cycling Team and competed as an amateur category 3 racer. The 37-year old amateur cyclist competed infrequently over the next five years. His best result was 6th place at the Ontario Easter Sunday Criterium in 2019.

Gleaves primary academic research interest is “doping and performance enhancing substance use in sports” according to the Cal State Fullerton website. Gleaves apparently applied that expertise to improving his own cycling performance. Unfortunately, Gleaves’ expertise did not help him use steroids without getting caught.

The United States Anti-Doping Agency (USADA) suspended Gleaves for a 4-year period of ineligibility. The anti-doping rule violation (ADRV) prevents Gleaves from participating in sport at any level.

Gleaves remains a member of Aarhus University’s International Network of Doping Research (INDR). The group consists of members with a diversity of viewpoints within the doping and anti-doping research area.

“The network does not consist of a uniform group of scholars who all share the same views on the dangers and challenges of doping,” according to the INDR mission statement. “The current members represent different, sometimes even irreconcilable, attitudes and viewpoints. What they share, however, is a willingness to participate in rational and open-minded debate and research that can deepen our understanding of controversial pharmacological practices that require serious and continuing study by an international and interdisciplinary community of scholars.”
Similar threads