Carbing up on some white rice, steak and peanut butter. Loving South Africa it is beautiful here
Click to expand...

Re: Schwarzenegger in Sandton South Africa for the 2017 Arnold Classic Sports Festival 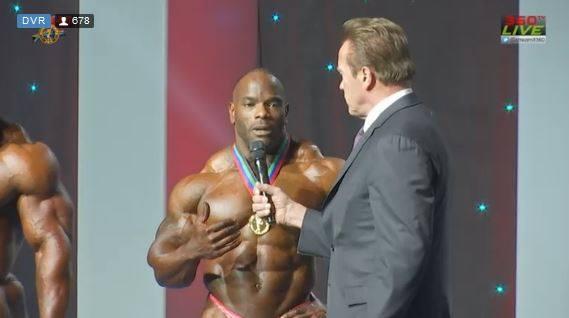 I think that too many Arnold shows are ruining the brand/name. Except the classic Arnold show in Ohio, the rest of them are looking like 3rd tier shows, like Tampa or Europa.

Arnold Classic 2017 South Africa Prejudging and Finals
Last edited by a moderator: May 7, 2017

Saturday, May 6, 2017
WINNER Jenna Deleon poses with her trophy after winning her class at the Arnold Classic in South Africa yesterday

Two weeks after claiming the Bikini E Class at the Arnold Schwarzenegger Classic in Brazil, T&T’s Jenna De Leon yesterday won again in her class at the same Classic in South Africa this time.

Competing against the best in the world in the high profile Bodybuilding and Fitness Classics, De Leon continued her successful stint by winning both in her class and the overall title.

The 25-year-old De Leon has been unbeaten in local and regional competition although she entered the sport only last year.

Apart from winning the Junior Nationals last year she also landed the Senior national title, as well as the overall titles in both.

And at her first outing in St Maarten in 2016, De Leon also copped the title in her class before returning home to add to her trophy cabinet by winning again at the Sportworld Classic at the Centre of Excellence, Tunapuna.

President of local bodybuilding Susanna Hadad said she was extremely impressed by De Leon’s achievements and labelled her as the rising talent in the spsort.

She revealed that De Leon finished second overall in Brazil two weeks ago and after her successes yesterday, will be aiming at the Arnold Classic in Spain on June 10.

De Leon was the only TT athlete to have gone to Brazil and now South Africa, which was based on her rankings and the fact that she got a sponsor.

“I am really expecting great things from Deleon in the future,” Hadad said.

Another second place for gabriele andriulli 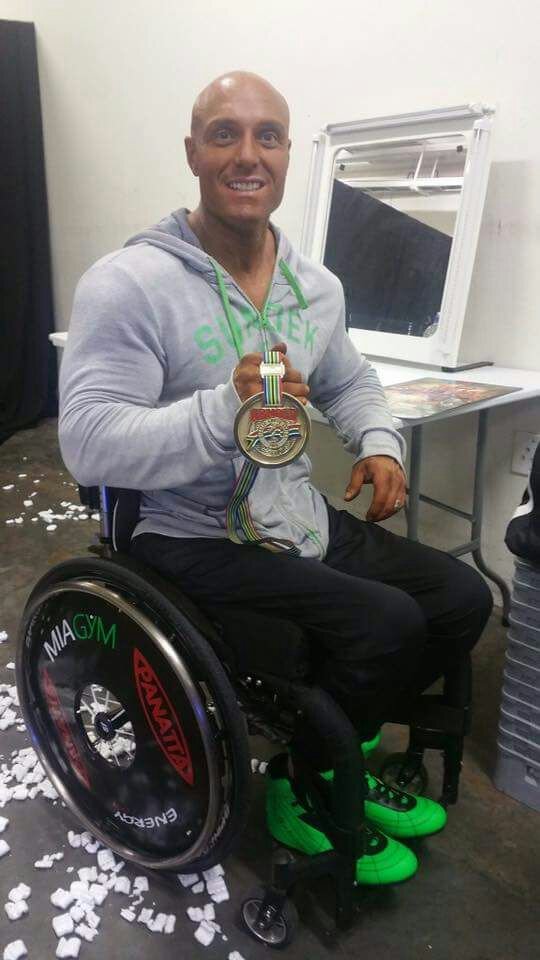 I ended up taken 2nd tonight here at the Arnold Classic South Africa. It was a very great show and now I'm going to eat some pizza! #ArnoldClassic #ArnoldClassicSouthAfrica #TeamSchiekSports 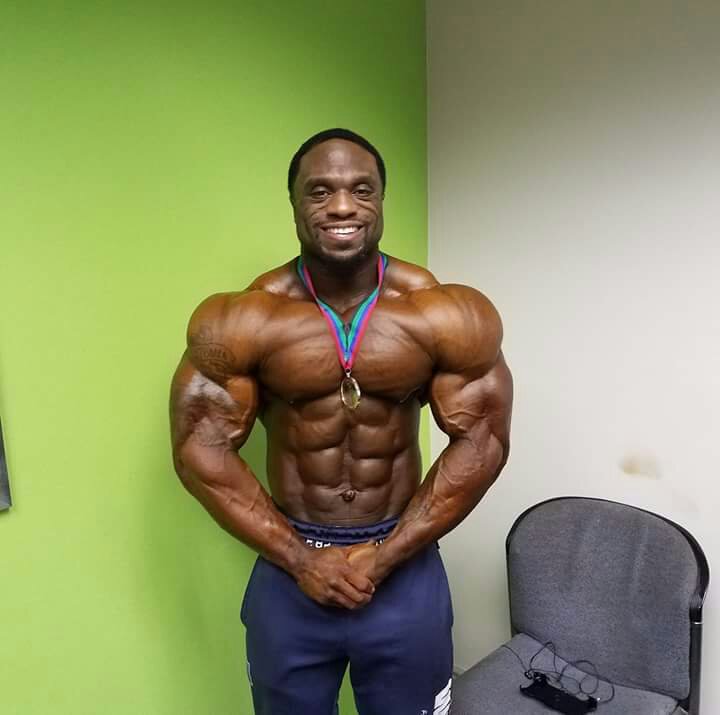 
Here is a shot from yesterday @arnoldclassicafrica I'm really happy with the package i brought. This has been my best look of the year I'm getting better every show and learning a few things about my body. Now that I'm bigger my body responds differently. Thank you all for the support #nowitsaparty #team @inc.physiquenutrition @flex_magazine @p28foods @liquidsunrayz @liftsportsgear 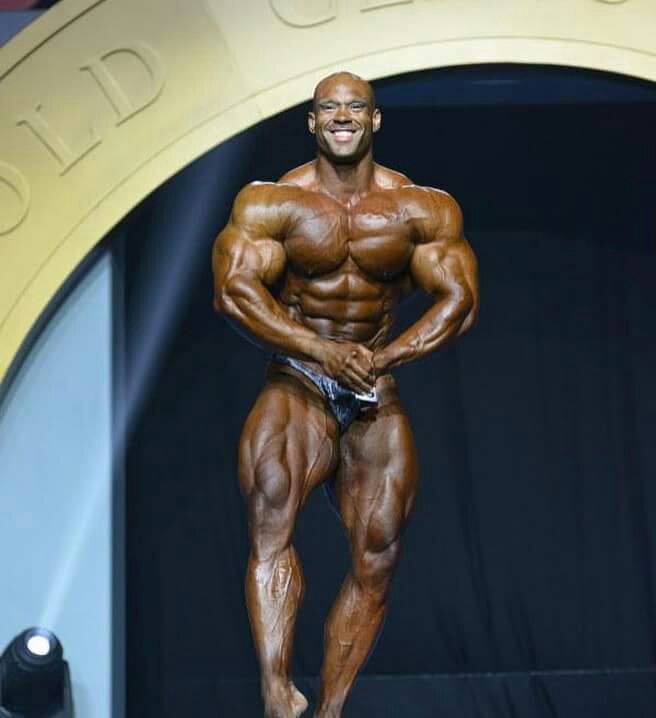 Mehluli Sibanda in Johannesburg, South Africa
MR Zimbabwe bodybuilding Paul Goredema did the country proud on the final day of the Arnold Classic Africa by taking third spot in the up to 100kgs category at the Sandton Convention Centre yesterday.


Coming up against a strong field of 12 men from all parts of the world, Goredema (27), who was participating in an international event for the first time, did well to make it into the final six.


He made the National Federation of Zimbabwe Body Building and Fitness leadership proud when he was announced as the third best in his category. He was placed better than other athletes from highly competitive countries such as Iran and Egypt in a section that was won by an Iranian.


Goredema was excited by his performance as he never thought he could make it into the top three as his target was to be among the best six. He described the competition as tough since he was up against much bigger athletes but managed to win over the judges with his conditioned body.


The day started off well for Zimbabwe with Garikayi Mujuru managing a fifth place finish in the men’s up to 75kgs. Goredema, Mujuru and Eliah Samaringa were the only Zimbabwean senior men that took part in the Arnold Classic as others pulled out at the last minute due to the high cost of dieting and competition entry.


Helen Costa lost out in the Women’s Body Fitness overall winner, a title which went to South African Marcel Meyer. Had Costa been crowned the best in that category, it would have been a massive achievement in her first year of participating in the biggest multi sport event in Africa.

Here are a few pics of Arnold Schwarzenegger in Africa for the Arnold Classic South Africa.
View attachment 13814

A motivated para-athlete meets the Terminator


This past weekend saw the Arnold Classic in Sandton, where human fitness was celebrated in honour of former Mr Universe and actor, Arnold Schwarzenegger.


20-year old para-athlete, Sheldon Thomas got the opportunity to meet die Hollywood star and former California Governor for some inspiration.


Sheldon lost his eye-sight at the age of 18 - as he was finishing school. He was diagnosed with a rare form of "A-typical" Coats disease. It turns out the Thomas himself wants to inspire other athletes to rise above their physical challenges and to go for gold.


I have only been a disabled athlete for the past 2 years , I was diagnosed with Coats disease which is a hereditary disease , usually it only affects one eye and they pick it up at around age 5 where as I have " A-typical " Coates disease which means ... diseases don't follow rule books it acts how it wants so my disease affects both eyes and It only basically came into play at age 18 just as I graduated high school so all my life I've been living as a normal ordinary person , and in an instant it just shows you how everything can change


Able or not every athlete that competes wants to be the best m and the same goes for me I would at my peak like to push the boundaries of what it means as a disabled athlete and set an example for qualifying for the able body Olympics even if I don't go as long as I can say , as a disabled athlete I managed to run a qualifying time for able body Olympic games , I also want to inspire other athletes to do the same and set higher goals you know last year at the Gauteng trials a lot of the guys were just hoping to qualify for SA champs I want to push their goals as well and say , why not aim higher and go for the world champs or even aim for a record , you're only limited by what you think you can do so go out there and give it everything you have .


I also want to give back to the disabled sporting community and get far more involved in SASAPD helping out wherever I can you know like doing the Arnold Classic thing and meeting and taking a photo with Arnold - I mean it's not every day you get that opportunity which I am great full for.


My times are as follows 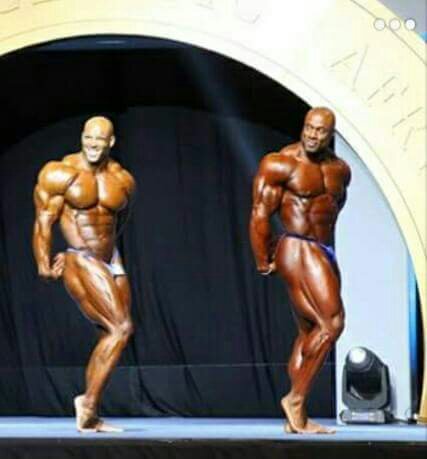 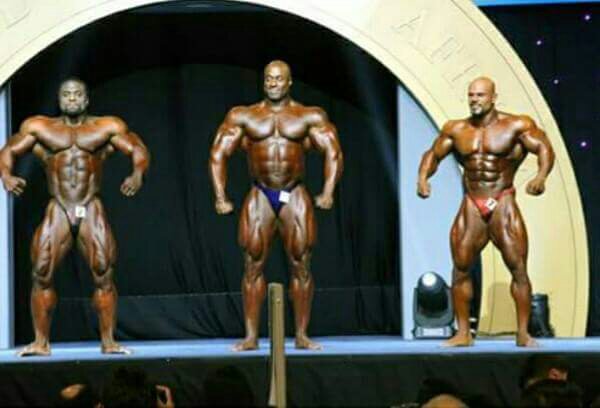 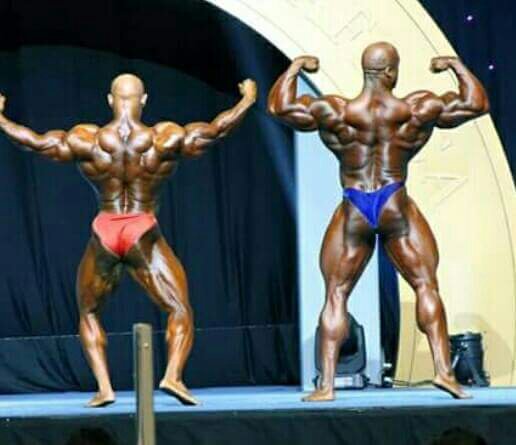 If you want to meet Arny you can meet him for the not so low price of £1,000 in Birmingham, UK in September!

KaiGold said:
If you want to meet Arny you can meet him for the not so low price of £1,000 in Birmingham, UK in September!
Click to expand...

Only? At Arnold classic europe you can meet him for 500 euro. Or you can pay 50 euro for his seminar


The 24-year-old Steyn bled, sweated and cried on his way to the title, where he competed in a total of six events. On the first day of competition, he competed in a 300kg deadlift contest, a 100kg axle press and 350kg/25m yoke walk.


After his rest day, which was the second day of the muscle jamboree, the EG Jansen graduate did a 280kg frame walk, a 100kg log lift and a 125kg atlas stone lift.


The atlas stone finale was a tie-breaker, with Steyn’s five repetitions over last year’s winner’s three, crowning him champion.


Steyn could easily not have achieved this great feat: he suffered two heart attacks, with the first one in February and the second in April.


JP stands behind one the tyres he trains with to become stronger. Seen here is the 325kg tyre.


He decided to follow his dream against all odds and he now stands as the strongest u-90kg man in the country.


Steyn said: “It was overwhelming; it’s something that I worked very hard towards. God gave me a second chance after my heart attacks to show the world my talent.


“When Gerhard van Staden handed me my trophy, he almost reduced me to tears when he said, ‘Two heart attacks and you still conquered them all.’”


Steyn will now shift his attention to Kukkola, Finland, where he was subsequently invited to compete at the world championships in September.


He is trained by Willie White at Planet Vision Fitness, in Springs, as well as strongman power couple Andre and Vallerie Sweeney.


With athletes funding from their own pockets, Steyn is appealing to the public to help make his trip to Finland possible, with R40 000 being the target.