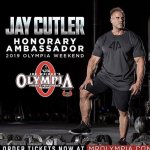 Jay Cutler is the Honorary Ambassador for the 2019 Mr. Olympia!

In other news Kai Greene got his invite to compete at the 2019 Olympia. 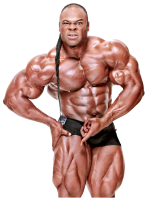 Mark Wahlberg is bringing fitness brands to the Olympia!

Wow. Thanks for this 2019 Olympia news! I feel excited to hear all about this good reports and updates.

NEW YORK, Aug. 29, 2019/PRNewswire/ -- The fitness industry's most celebrated tradition returns to Las Vegas September 12-15 with the world's most prestigious physique titles on the line. Olympia Weekend is set to award more than $1.4 millionin prize money, eclipsing its previous mark, making this year's event the most lucrative bodybuilding and fitness championship of all time. In addition to a $400,000 prize to the Mr. Olympia winner, the event has increased prize money in several other divisions, including all four Olympia women's competitions.
Chief Olympia Officer Dan Solomonexplains, "Despite constant changes in the global fitness community, we've remained laser focused, growing the Olympia in every way possible, with increases in overall sponsorships, expo attractions, prize money and stage production."
When American Media took over management of Olympia Weekend in 2004, the lineup included a total of 63 competitors. Here in 2019, the event will include 176 pro competitors, each receiving flights, hotels, meal allowances, and the chance to compete for their sport's most lucrative title at the Orleans Arena.
In addition to the Friday and Saturday evening arena production, more than 65,000 fitness enthusiasts will attend the Olympia Fitness & Performance Expo at the Las VegasConvention Center, featuring many of the fitness industry's most innovative brands, product giveaways and celebrity appearances, including a confirmed appearance by Mark Wahlberg.
"Olympia Weekend is an incredible tradition." says Wahlberg. "If you attend the Olympia you'll leave with enough inspiration and energy to fuel an entire year of workouts and I'm excited to showcase my brands there. The Olympia has grown into something really special."
This year marks the 55th edition of the Mr. Olympia contest. VIP Packages and floor seating at the arena have sold out, but good seats are still available at MrOlympia.com. Expo passes can also be purchased in advance at MrOlympia.com, as well as upon arrival at the convention center.
The main expo stage features the preliminary judging for the Olympiacompetitions plus a series of events including the OG Pole Fitness Championship, Wheelchair Olympia, a celebration of female bodybuilding presented by Wings of Strength, and the highly anticipated release of the new book by bodybuilding legend Ronnie Coleman. This year's expo also marks the arrival of a Fit Fashion event, Spartan Race, The Performix Pro Skateboarding Showdown, along with the return of several martial arts, strength and endurance events taking place throughout the two-day expo.
It all gets underway on September 12th as Trifecta Presents Joe Weider's Olympia Fitness & Performance Weekend brought to you by Wings of Strength. For more information, including updated schedules and tickets, visit MrOlympia.com.
About American Media, LLC
American Media, LLC owns and operates the leading print and digital celebrity and active lifestyle media brands in the United States. American Media's titles include Us Weekly, Star, OK!, In Touch, Life & Style, Closer, Men's Journal, Muscle & Fitness, Powder, Snowboarder, Surfer, Bike, Mr. Olympia Contest, National Enquirer and other celebrity and teen titles. American Media also manages nineteen different digital sites including Usmagazine.com, OKmagazine.com, RadarOnline.com, Intouchweekly.com, Lifeandstylemag.com, Closerweekly.com, MensJournal.com, MuscleandFitness.com, Powder.com, Surfer.com and other digital and social properties. American Media's magazines have a combined total circulation of 5.7+ million and reach approximately 53.1 million men and women each month. American Media's digital properties reach approximately 65 million unique visitors monthly.
SOURCE Mr. Olympia, LLC

Guess that puts to bed those stupid rumors that the Olympia was going to be cancelled. 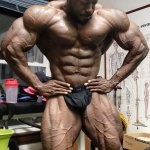 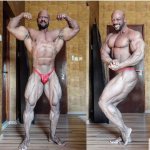 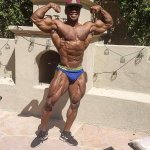 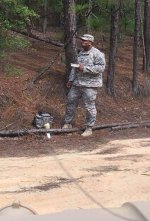 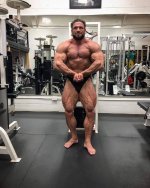 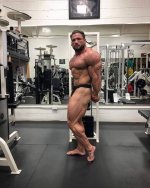 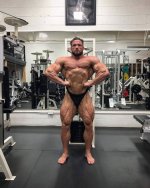 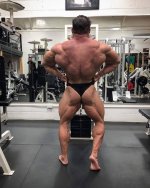 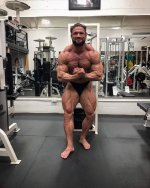 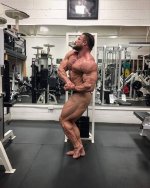 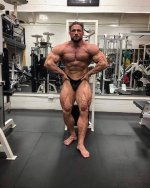 I am sure everyone knew already that Phil Heath wasn't going to competing at the 2019 Mr. Olympia. Well he has confirmed it.

Phil Heath:
“I am thankful to finally announce that I am not competing at this year’s 2019 Mr. Olympia contest.

As many people have known me throughout my career to compete at the sports biggest event, I will be sitting this one out. as I continue to work on other projects, inside and outside of bodybuilding.

I haven’t stopped training, as bodybuilding is something I extremely enjoy doing, but at this point in time, I have chosen to bypass this year’s event.”