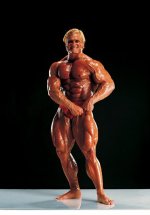 Bodybuilding has not always been as prestigious as it is today. When it started in ancient Greece and Egypt, it was just a practice of a tradition which was stone lifting among men, and then it progressed into strong men displaying their strength in public without necessarily having the perfect physique because some of those who joined had big bellies. In the late 19th century bodybuilding developed into a show where “muscle display performances” became the theme. This then paved the way to how we currently see bodybuilding as it is today.

Bodybuilding as we all know it to be is a professional competition where the most disciplined individuals join. And this is true because if a competitor wants to develop his muscles, he needs all the self-discipline and motivation he could get so as to continue on this painstaking but highly rewarding journey. Although many men and women have tried to join this competition, only a few had made it into the top ranks and were able to maintain their stay there; and this can be probably attributed to the rigid training and preparations one has to go through. But one name stands out and that is of Tom Platz.

Knowing the Real Tom Platz
Tom Platz is one of the most admired and known names in the field of bodybuilding. Some would recall him as “The Golden Eagle” and the “The Quadfather”. He started out young at the age of eighteen when he joined the 1973 Mr. Adonis. Since then, he kept joining major bodybuilding events such as Mr. Olympia. Although his best record in that competition is winning the third position in 1981, he still remains to be an icon for having the titles “best quads” and “best hamstrings” of all time.

Since then Tom Platz continued conquering the world of bodybuilding not only by joining competitions but also by making his self a household name. He has come up with products that were sold and used by bodybuilding enthusiasts. He has come up with his own training methods where one has to go through rigid training to develop his leg muscles. Tom Platz may have retired from bodybuilding but he continues to give back to his favorite sport by appearing in events that promote it. Also since he is the most sought speaker, not only is his presence sought but also his wise words are heard by those who admire this sport.

Tom Platz also continues to amaze people even those who are not into bodybuilding because he does not only have the body but he is also has the intelligence to back it up. In fact, he has been the director of bodybuilding sciences in ISSA for fourteen years. He was also a professor there during those years. He has a master’s degree in Fitness Science, a bachelor’s degree in Science Physiology and Nutrition and last but not least, a master’s degree in Business Administration. Due to all his credentials and experience, he is recognized to be the best source of information on how to develop muscles and maintain and tone them.

Since bodybuilding is now considered as a sport and as a culture in developing one’s masculinity, it should not be taken lightly. And so enthusiasts need to have all the discipline and the right motivation in order to have a body built to perfection. Also, one must have to go through a rigid process of training where he needs to be careful with what he eats and drinks. In other words, his lifestyle must suit this sport because there is no room for errors and there should be no turning back. Also, he needs to religiously follow and go through workout programs created by Tom Platz himself.

Since one of the reasons why Tom Platz made history in this sport is his well-toned and strong legs, it is only right to try the high volume one hour leg workout he had created. The primary principle involved in this workout is rest – pause which means that for every set you do, you need to take the time to rest and pause for a certain amount of time. This gives your leg muscles the time to breathe and develop. Below are some workout routines developed by Tom Platz.

Do the Squats
The first three digits pertain to weight and are provided as an example. These eight sets of squats are estimated to last for twenty-five minutes. Take all the necessary preparations before performing them because it may take a toll on your body. Besides, this is just the beginning of your workout.

Leg Extensions, Leg Press or Lunges
Four sets of 6 – 20
For this workout, you need to rest between sets but only to take ten to fifteen deep breathes. You first need to pick a weight and once you are able to do a total of thirty reps for all four sets, then you’ll have to move up in weight. On the last set of leg extensions and leg press, you must perform slow negatives. These four sets are to be done within ten minutes including your set–up time. By now, you have already been working out your legs for thirty-five minutes.
Romanian Deadlifts or Hamstring Curls

Six sets of 6 - 20
This time you need to rest for sixty seconds between each set and for the last set, you need to do the slow negatives. For an excellent workout on your hamstrings, you may choose to work in wide stance deadlifts. Once you are able to perform forty reps for all of the six sets, it is advisable that you choose another weight to move up to. This may take up a total of fifteen minutes including your set-up time. Once you are done, move on to the next work out.
Calve Work

Three sets of fifty reps.
To work out your calves, you should begin by choosing a weight you are comfortable with and perform fifty rep sets. In the beginning, this work out may prove difficult because it will take some time before you find the most appropriate weight for you. For every set, you will have to rest for sixty to ninety seconds. And if accommodating the high reps require you to give up weight from each set, then feel free to do so. Be reminded though that negative reps are not required in this volume.
After the above workouts, you will amass a total of sixty minutes of Tom Platz high volume style of leg workout. And within that time, you are expected to have accomplished twenty – one set of exercise that ensures you have worked out your leg muscles and hamstrings. And since the workout is rigid, it is advised that you take one to two days of rest.

This workout is very easy at first because it is supposed to condition your body to prepare it for a more rigid workout. And once you have started with the hard work and you feel like you cannot finish, it is best to be done for the day to avoid risks of injury. Do not be worried that if you do not finish the workout, you will not be able to gain its benefits because that is not always the case with this workout program. Every single thing you do contributes to toning your muscles. To begin, you must understand the parameters of this program.
Frequency – for this workout you are required to squat for five days a week and it is highly preferred to do it five days in a row. After the five day workout, you must rest for two complete days to get its full benefits.

Total Reps – In total, you are expected to have performed a total of forty squats every week. This does not include the time you spend on your warm up.
Beginning Weight – You should begin with sixty percent of your current weight during your first rep.

Weight Additions – As you move on to the next week, you will need to add 2.5% of your one rep to the bar so that by the time you get to the twelfth week, you will be using 87.5% max of the previous one (for a total of forty weekly reps).

Since this is a five day per week training cycle, you must start each Monday and perform six singles for your given weight. And as you progress each day, you should add and additional single so your pattern should look like this:

This bodybuilding workout, specifically known as the squat specialization program, is created to build one’s strength, to improve conditioning and to work on one’s form. Therefore there is no use in rushing from one rep to the other. So listen to your body and take all the time you need after performing each rep. Perform another single only when you feel that you are both mentally and physically ready to perform it. Since this is a specialization program, assistance is discouraged.

Tom Platz Squat and Leg Routine
For bodybuilding enthusiasts, working out is a big part of their lives. You can see most of them in the gym than anywhere else in the world. They do see because they have dedicated themselves to having that perfectly toned body and muscles. One of these enthusiasts is Tom Platz who has set the bar high for having the perfect volume in his legs which is why he is called the king of squats and legs. Below is his squat and leg routine.

Tom Platz’s philosophy in bodybuilding is simple “the bigger the better”. But it is easier said than done right? Consequently, he has proven that even the most difficult things can be made easier through discipline and proper motivation; and that is the reason why even though he has not won first place in Mr. Olympia, he is still one of the most celebrated bodybuilders to date. In fact, he holds the title king of squats and legs up to this day.

Due to his hard work and self-fulfilling achievements, he has made this sport a more interesting one because today more bodybuilders are coming up with their own training programs. These programs have the purpose of surpassing that of Tom’s not only for mere competition but also for the betterment of the sport. Currently, different gyms have formulated different leg and hamstrings workouts just so they can help those who wish to have a body with well-toned muscle. 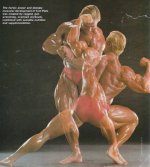 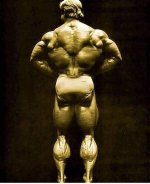 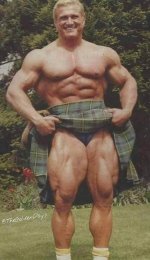 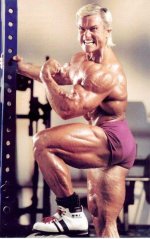