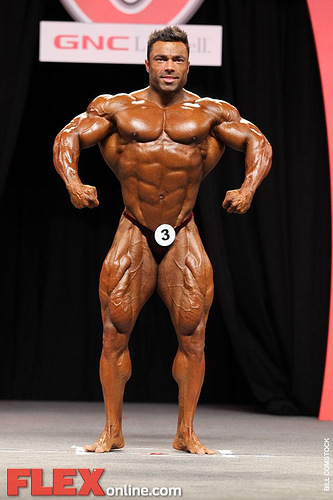 The much anticipated open class debut for Eduardo Correa will
have to wait another year.
After placing third in last year's 202 Showdown at the Olympia,
Correa announced he was bulking up and heading for the open class.

Many fans were excited to see what the razor sharp
Correa would look like with some more muscle packed on his frame.
Today FLEXonline learned that Correa will not be competing in 2011.

He told FLEX: "I'll not compete this year because of an injury in my triceps (tendon)
Everthing in our lives happens for some special reason!"

Arnold 212: Eduardo Correa and Jose Raymond Top the List of 10