GetBig News said:
I received a call this morning from Erik Fromm’s sister, Dianna, informing me of the unfortunate news. Erik “The Viking” Fromm was found dead at his Wisconsin home last night. The cause of death has not been determined. Dianna said she would pass along more details as they became available. At the time of of conversation she believed Erik would be cremated as, “he never stayed in one place for every long”. His mother currently lives in Wyoming and his sister in Montana.

Erik was a consistent top 10 NPC Super-Heavyweight Bodybuilder. The 2004 NPC Nationals would be the last time he took the stage.

Our thoughts and prayers go out to the Fromm family.
Click to expand... 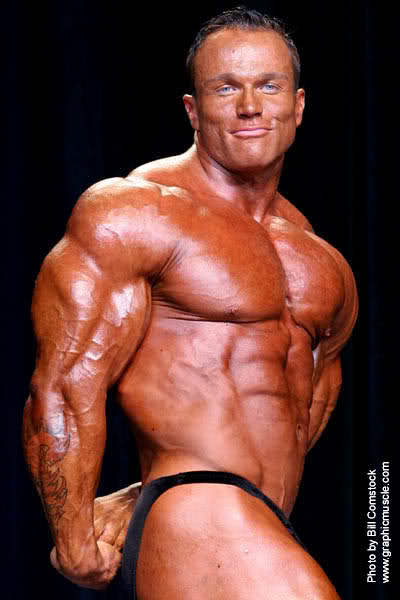 i dunno if its true or just another GETBIG BLLSHIT... anyway im putting this just for info
Last edited by a moderator: Feb 20, 2015

I remember when i got my first training program from M&F magazine..they had Eric as a model showing every exercises from that routine.I thought Eric had incredible body that time.Thanks for being ispiration Eric.Rest in peace.

Damn homie, in high school you were the man homie...

RIP for sure...... i remember seeing him in the first Musclemag i ever bought.. and i still got it....anyone know the cause of death yet??...i sure hope its not bodybuilding related... but chances are it is....

im sorry but after hearing that siht about ronnie coleman, then lee priest, and that other dude... im not gonna beleive this one.
scam.
M

HATER said:
i sure hope its not bodybuilding related... but chances are it is....

Mygeeto said:
im sorry but after hearing that siht about ronnie coleman, then lee priest, and that other dude... im not gonna beleive this one.
scam.
Click to expand...

This was posted by GetBig news. They wouldn't joke about something like this.